Artist in residence with Ray Glickman

Ray Glickman can often be spotted in a quiet corner seat in one of Perth’s busy cafes, putting his thoughts down on paper for his latest work-in-progress. 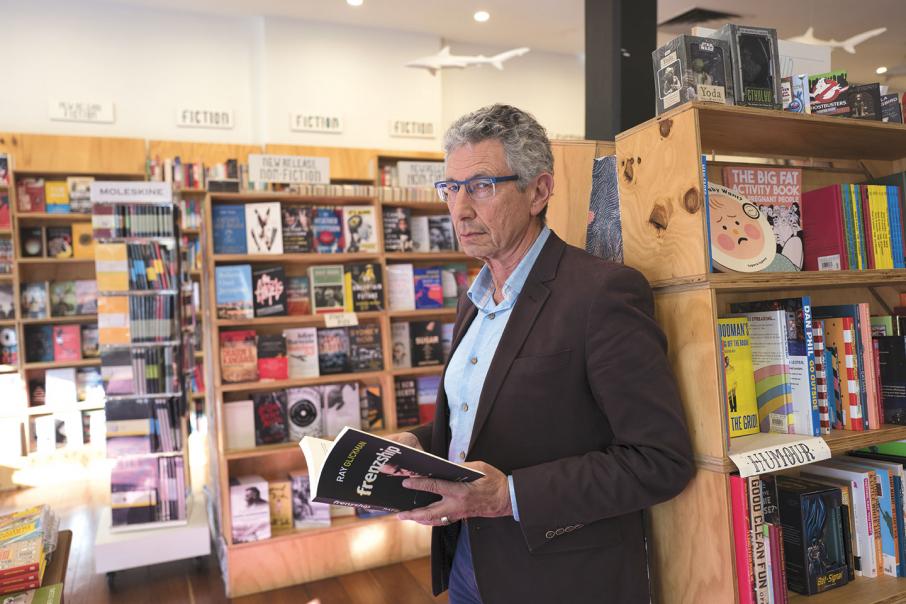 Ray Glickman can often be spotted in a quiet corner seat in one of Perth’s busy cafes, putting his thoughts down on paper for his latest work-in-progress.

At other times the former City of Fremantle and Amana Living chief will make do with the kitchen table at home when an idea strikes, or he’ll find himself inspired by the views from his holiday house in Margaret River.

Last month, the business leader turned author formally launched his second book, Frenzship, just three years after the release of Reality, which was shortlisted for the 2016 Western Australian Premier’s Book Awards ahead of a national field of more than 790 entrants.

His first novel was inspired by experiences with manipulation in business and government environments, and while Frenzship fits the same dystopian psychological thriller genre, it questions concepts of friendship in a digital age.

“I’m interested in the world where the word ‘friend’ is being co-opted by social media; we now have Facebook friends, LinkedIn connections, all sorts of online relationships.

Mr Glickman said Frenzship followed the friendship of two people who drifted apart but were drawn back together on either side of a controversy over the app, which only connects people with others it deems that person ‘should’ be friends with.

“Through the mouths of different protagonists I visit the great things that social media has done, and all the shocking and terrible things at the same time,” he said.

“I don’t like books that preach to people – I’m hoping my book asks questions.

“I try to raise the issues and twist them from different points of view, so the reader takes what they want out of it.”

It is the first time Mr Glickman has ventured into the independent publishing realm, having engaged Fremantle Press for Reality, after deciding to set a new challenge for himself.

“By doing that, I learned about printing, marketing, distribution and where the opportunities are.”

Mr Glickman plans to travel to the UK in October to explore launch and retail options, and has already enlisted a social media marketer there.

“There’s so much product available on different mediums, and the economy is making it hard to sell books at the moment,” he said.

“You need qualities that go beyond an ability to write; I’ve found that business and creativity coincide.”

Since leaving Amana Living, Mr Glickman has maintained his positions on a number of boards and in the past 12 months has set up his own management consultancy business, From Left Field.

And he has already started work on this third novel, First World Problems, which he says pokes fun at the middle class.

“I love that old phrase ‘always give a job to a busy man’,” he said.