Artist in residence with Johannes Pannekoek

The decision to sell his commercial business was the first of many steps into the unknown Johannes Pannekoek has taken in his pursuit of a career in art. 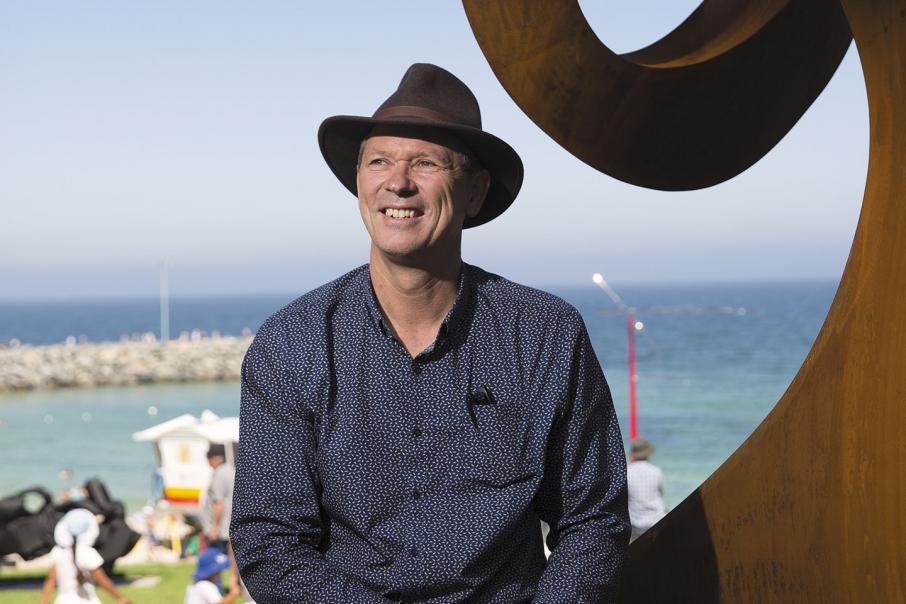 Johannes Pannekoek likes to challenge himself by creating unique shapes. Change Ahead II is made from corten steel and is part of this year’s Sculpture by the Sea at Cottesloe beach. Photo: Attila Csaszar

The decision to sell his commercial business was the first of many steps into the unknown Johannes Pannekoek has taken in his pursuit of a career in art.

That was just more than a decade ago, and the initial decision has been validated many times, with the Gooseberry Hill-based Mr Pannekoek having won numerous accolades, a permanent spot for one of his pieces near the Sydney Harbour Bridge, as well as being selected to showcase at the annual Sculpture by the Sea in Cottesloe for the fifth time.

Sponsored by Rio Tinto and Alcoa of Australia, the 13th Sculpture by the Sea opened last Friday, with Mr Pannekoek one of 78 artists from 16 countries exhibiting at Cottesloe Beach this year.

Driven to create unique shapes, Mr Pannekoek uses a rolling machine, welders, grinders and a two-tonne crane to bring his ideas to life.

He said his corten steel piece Change Ahead II, which is currently erected near the Indiana Tea Rooms, was a smaller version of a work he entered into the Bondi Sculpture by the Sea last year, at which he won the prestigious $60,000 Aqualand Sculpture Award.

The sculpture was then gifted to the North Sydney Council for placement along the Sydney Harbour foreshore.

“I always wanted to transition back to art,” Mr Pannekoek told Business News.

“I was born an artist. I could draw things backwards and blindfolded and it was wonderful when I was younger and free.

“We seem to get conditioned in life and education for the need of income. I was going to be an engineer and did at degree at UWA.”

Mr Pannekoek now splits his time between his brother’s business and his art, which he soon plans to do full-time.

Mr Pannekoek has participated in the Cottesloe sculpture event for the past four years, selling 80 per cent of his work.

He also made four sales last year, including a commission for the newly opened Crown Towers, where his piece Life Stream sits outside the main entrance.

“You can make a living if you’re smart about it, having half a commercial brain helps,” Mr Pannekoek said.

“You have to invest to make an art piece.

“And I think you’ve got to be slightly crazy to do what we do; you’re never guaranteed of a sale.

“But it makes life a little worth living.”