Artist in residence with Alex Desebrock

With the Perth International Arts Festival under way, Business News caught up with Alex Desebrock to discuss life as a local artist and her latest creation. 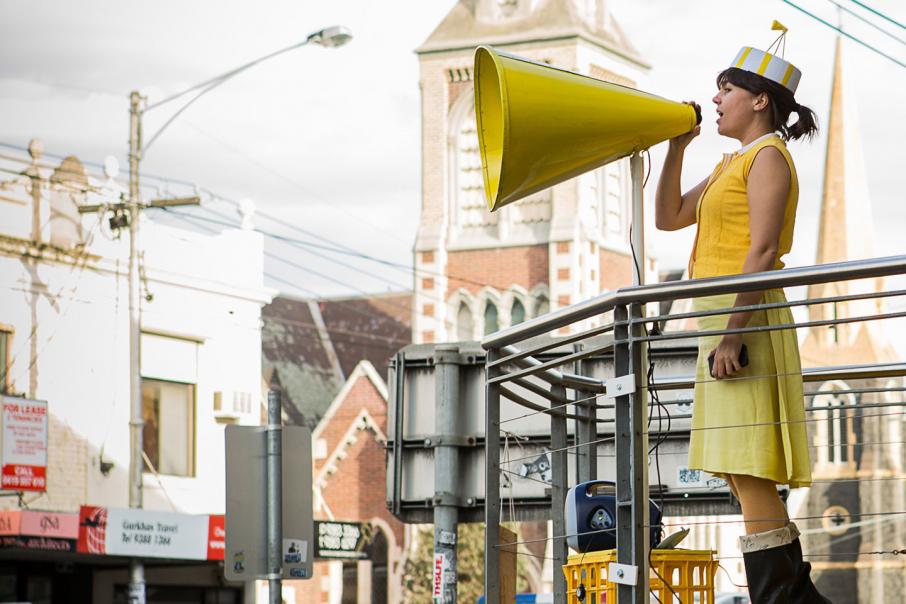 With the Perth International Arts Festival under way, Business News caught up with Alex Desebrock to discuss life as a local artist and her latest creation.

Explaining Perth to an alien, what fear is to the clouds, and educating a fish on what’s important to remember are just some queries a handful of Western Australian children between the ages of seven and 12 have pondered during Alex Desebrock’s interactive installation, Small Voices Louder.

The live-art piece has been in development for the past five years, and involves children entering a room (filled with cubbyholes) where they ponder and answer a number of questions posed to them, without adults in the room.

Responses are then turned into sound works before being broadcast randomly via yellow megaphones in PIAF locations around Perth, including at the University of Western Australia where the Writers Festival commences tomorrow and runs until Sunday.

“Children are the next generation and I don’t think we hear enough from them in the world,” Ms Desebrock told Business News.

“It’s a shame that in our current society we don’t have the opportunities to hear their voices unless you’re a teacher, a parent or work with children.

“Children say the things we need to hear; whether it’s pointing out our hypocrisies, to simplifying things in their essence, it’s a really different, honest perspective.”

Ms Desebrock completed an arts management course at the Western Australian Academy of Performing Arts, before moving to Melbourne for 10 years, where she completed a post-graduate course in performance.

She then set up her own sole trader business under the company Maybe Together, and has found face-to-face networking at conferences and pitching showcases as the best means to sell her work.

“Financially it can be hard. We (artists) all work a lot more than we are actually paid for,” Ms Desebrock said

“You’re a fortunate artist to be able to get paid a weekly wage in this country; most of us go from project to project.

“And I think a lot of Australian artists question staying here versus overseas. Sometimes I feel it would be easier in Denmark, where children’s theatre is a well-paid industry.

“But I think it’s important to work in Australia because it’s my home, it’s what I know and I’m reflecting our culture and way of seeing things through my work in this community.”

Small Voices Louder runs until March 5, the end of the PIAF season.