Perth property developer Adam Lisle has long had a keen interest in motor racing, but it was a visit to a country club outside Las Vegas set up especially for motor sport that steered him down the path to his new business venture. 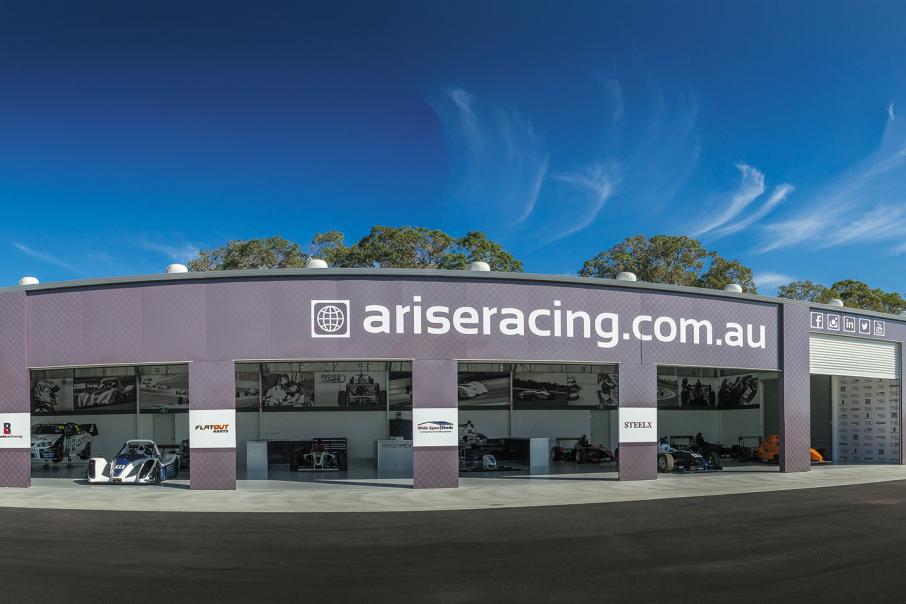 Perth property developer Adam Lisle has long had a keen interest in motor racing, but it was a visit to a country club outside Las Vegas set up especially for motor sport that steered him down the path to his new business venture.

Mr Lisle’s plans for Arise Racing were inspired by Spring Mountain in Nevada, which combines a private racetrack with extensive garages and resort facilities, such as swimming pools and a shooting range.

Mr Lisle doesn’t expect to match that facility in Perth, but Arise Racing’s newly built 20-car garage and drivers’ lounge at Barbagallo Raceway is a big step up from what has previously been available in Perth.

Arise has also invested in two open-topped Radical cars that reach 100 kilometres an hour in 3.1 seconds, and has two more on the way from Europe.

The dual-control Radical cars – the same as those used at Spring Mountain – are specially designed for driver training and form an integral part of Arise Racing’s plan to encourage more corporate involvement in motor racing.

Mr Lisle said his goal was to create an exhilarating option for corporate events, combining hospitality and service with expert driver tuition.

“The focus is on driver training, we’re there to teach, we want people to learn and go faster,” he said.

Arise Racing also has seven Formula 1000 cars, and two more of those are on the way from the US.

Mr Lisle, whose day job is managing director of industrial and commercial property company Arise Developments, said the total investment in Arise Racing has been quite extensive.

“It’s ended up being quite a large business,” he said.

All of the F1000 cars are fully leased for the 2017 season, to a mix of young and old drivers who pay for the privilege of having their cars expertly serviced and ready to race when they arrive at Barbagallo.

There is a total of 15 F1000s currently in Perth, and one of these cars has set a lap record of 53.4 seconds -– several seconds faster than V8 super cars.

The Arise Racing garage is located next to Fastlane Racing, which has a fleet of Formula Fords and offers similar driver training services and corporate days.

Mr Lisle said while most of his customers were locals, Arise Racing had attracted some international visitors, adding to his belief in the growth potential for motor sport tourism.

“Singapore is a great example, they love their motor sport but they don’t have a race track,” he said.

One of the challenges he faced was getting access to race time on the heavily used track at Barbagallo.

Mr Lisle is hoping the planned development of a second, integrated racetrack likely to cost about $40 million, will proceed.

“That will be the next big step for motor racing in WA,” he said.