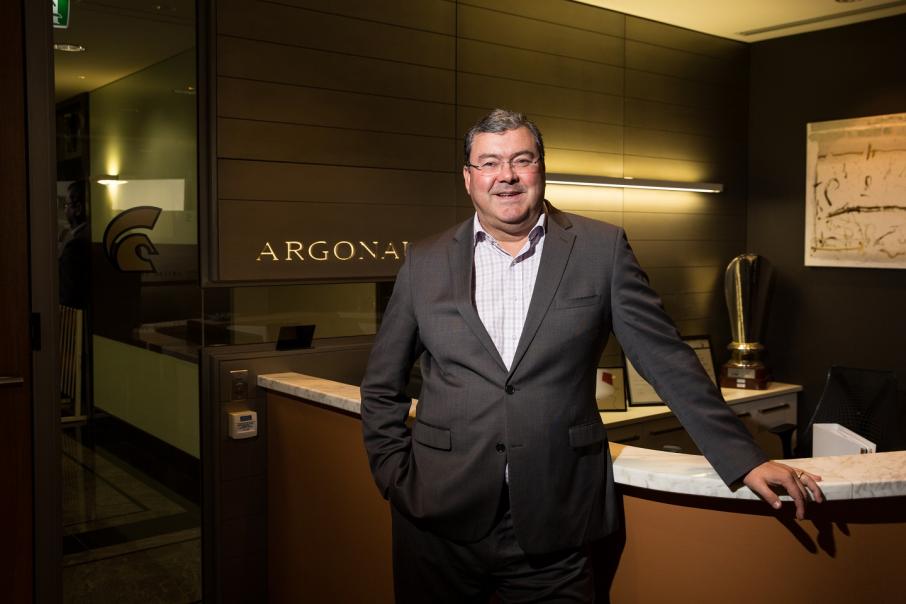 Finance group Argonaut has won a Supreme Court ruling against Perth company director Russell Moran, who could owe in excess of $30 million after taking out a high-interest loan six years ago to buy shares.

In a ruling handed down yesterday, Justice Jeremy Allanson found in favour of Argonaut and dismissed a counterclaim by Mr Moran.

Argonaut, which was represented by law firm Ashurst, was seeking to enforce the terms of the loan agreement, which dates back to 2014 when Mr Moran borrowed $6 million.

The loan was arranged by Argonaut Equity Partners, led by director Eddie Rigg, on behalf of a group of private lenders, with the largest being private investment house Hoperidge Capital.

It also carried a redemption premium of 15 per cent of the loan amount, or $900,000, and in addition Mr Moran had to pay Argonaut a $300,000 arrangement and facility fee.

In his ruling, Justice Allanson accepted the interest obligation was enforceable as a penalty.

The loan was taken out in 2014, when Mr Moran was a director of ASX-listed Atrum Coal and needed to put additional capital into the struggling company.

Fellow director Gino D’Anna also took out a loan for the same purpose.

The Supreme Court judgement explained that Mr Moran had relied on his Atrum shares to service the loan.

“At the time he applied for and entered the loan, Mr Moran had no capacity to repay it, or even to pay the redemption premium, from his own financial resources or from property other than the shares in Atrum and the two other coal companies,” the judgement stated.

“Mr Moran was reluctant to part with those shares.”

In November 2014, Argonaut was appointed as an adviser to Mr Moran, with a mandate to maximise the value of his holding in Atrum.

Argonaut subsequently approached potential lenders or investors for the purpose of refinancing the loan or selling down some of Mr Moran's shares.  None of those approaches succeeded.

One group that appears to have come close to a refinancing was FIIG Securities, led at the time by Simon Lyons.

In June 2015, FIIG said it was very confident it would be able to provide an alternative finance solution, but that did not eventuate.

At that time, one of the lenders, company director Brent Stewart, transferred his part of the loan to Hoperidge.

They applied the proceeds, amounting to $11.9 million, to reduce the principal and interest and issued a notice of demand to Mr Moran for a further $6.1 million.

With interest accumulating, the amount owing is understood to have grown to in excess of $30 million.

Mr Moran, who was represented by Bennett + Co, pleaded that Argonaut failed to mitigate the loss suffered by the lenders by failing to sell his Atrum shares within a reasonable period of time after July 2015, when it knew the market value of the shares was falling.

Mr Moran had proposed that prominent Perth stockbroker Andrew Frazer assist in selling down the shares and made inquiries with Crystal Capital, but neither proposal bore fruit.

“The experts differed on the likely prospects of successfully selling a large block of Atrum shares during the engagement,” Justice Allanson concluded.

Counsel for Mr Moran also criticised Argonaut’s effort to refinance the loan but Justice Allanson was not convinced.

“I am not satisfied that the evidence shows that there was any body which potentially could have refinanced the loan and which, acting with reasonable skill and care, Argonaut should have identified and approached,” his judgement stated.

“Similarly, where counsel asserted that Argonaut failed to adequately follow up potential lenders which were approached, I am not satisfied that it has been shown what more, in the exercise of reasonable skill and care, Argonaut should have done.

“Mr Moran, in oral evidence, suggested persistence, referring to his own experience in buying the Groundhog coal project by harassing the eventual seller every month for nine months.

“The evidence does not show that approach would be effective with sophisticated investors.”

Mr Moran is currently non-executive chairman of ASX-listed MetalsTech, with a holding of 18.3 million shares worth about $900,000.