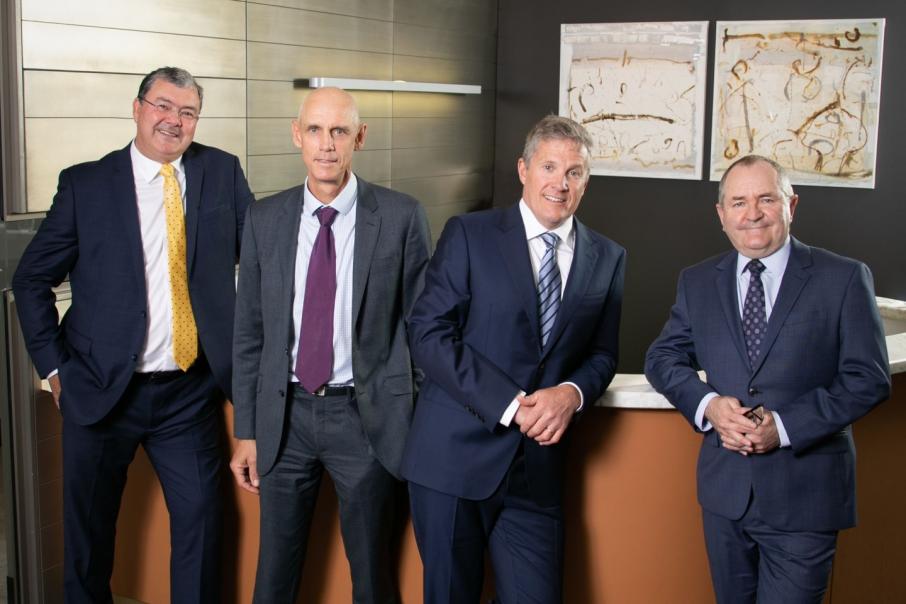 REUNITED: Eddie Rigg (L), John Macdonald, David Keogh and Glen Colgan are back together after working at CIBC Eyres Reed in the 90s.

Both firms have recruited new people from Hartleys, which is in the process of being acquired by ASX-listed Euroz.

Argonaut has recruited experienced broker David Keogh, who is returning to Perth after nearly 20 years in Sydney.

Argonaut has also recruited gold analyst John Macdonald, who has been with Hartleys for the past four years.

Messrs Colgan and Macdonald go back even further, as they initially met while playing football for South Fremantle in 1982.

Mr Keogh moved to Sydney with CIBC, which was one of the largest broking firms in Perth in the 1990s.

Since then he has worked with Southern Cross Equities and Bell Potter Securities.

Mr Rigg described Mr Keogh as one of Australia’s top retail brokers with a client list that included many high net worth families.

He said Mr Macdonald was sometimes seen as polarising by corporates because of the negative calls he made but was admired by fund managers.

Mr Rigg said Argonaut was entering its 19th year with strong momentum after being involved in numerous equity raisings and success stories in 2020.

“Argonaut is on track to record its best September quarter ever,” Mr Rigg said.

This comes shortly after mining analyst Paul Howard moved from Hartleys to Canaccord.