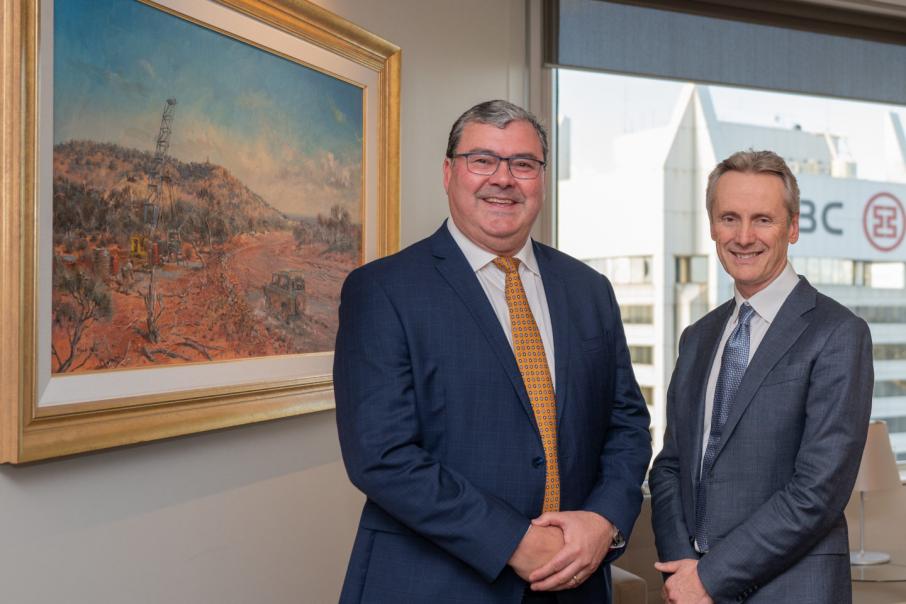 Eddie Rigg (L) and Liam Twigger are merging their businesses.

The merger will result in Mr Twigger, along with PCF’s senior executives Mike Sperinck and Graeme Testar, becoming substantial shareholders in Argonaut.

Mr Twigger will become deputy chairman of Argonaut and has made a five-year commitment to the group.

Argonaut will continue to be led by the firm’s co-founder and executive chairman Eddie Rigg, who told Business News he first approached Mr Twigger in 2015 to discuss a merger.

“I’ve always been very impressed by what Liam has been doing,” Mr Rigg said.

The merger discussions commenced more seriously in February this year.

The deal will see PCF’s eight staff joining 52 at Argonaut.

The merged firm will rank as one of the largest corporate finance houses in WA, with a strong focus on mining and resources.

“The combination of our two full-service businesses ensures that an enlarged Argonaut really is the natural choice for players in the resources sector,” Mr Rigg said.

Argonaut has operated for nearly 20 years with a focus on technical analysis, research and funding of resources sector companies.

It also has experience in restructuring and insolvency advisory and runs the asset sales platform, www.minesonline.com.

Mr Twigger said the business had performed well over the years but was always limited by the lack of a capital raising capacity.

“It was like hopping along on one leg,” he said.

“You always need funding to make the deals work.

“This is the holy grail.”

“It is important in the good times to invest in making cyclical businesses sustainable,” Mr Colgan said.

“With PCF joining the Argonaut family, we believe we are doing this in the best possible way.”

He added the two businesses were complementary, with little crossover.

Mr Twigger will be a senior member of the division, which will be led by head of corporate finance Greg Southee and focus on M&A, structured finance and debt and insolvency advisory.