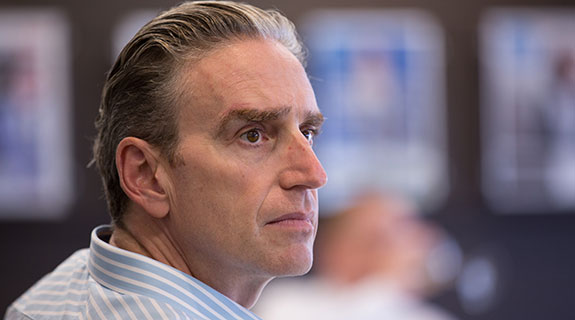 It has been well documented that Perth’s office construction boom is grinding to a halt, with only a handful of major projects – Kings Square, Capital Square and an office tower part of the Westin Hotel project at 480 Hay Street – either being built or likely to begin construction for the foreseeable future.

Staff numbers across architecture firms are significantly down, with BNiQ research showing the number of registered architects across Perth’s 10 largest firms is at the lowest point in five years, at 156, below the peak of 171 in 2013.

The reduction in numbers has been most pronounced at the state’s largest architecture firm, Hassell, which has cut total staff by one fifth since 2012..

Cameron Chisholm Nicol managing director Dominic Snellgrove told Business News that while his firm was fortunate to not have been affected, he was aware of widespread redundancies across Perth-based firms.

“That is causing some concern.”

Cox Howlett & Bailey Woodland director Greg Howlett said his firm was in a similar space; performing well in a sector becoming increasingly competitive and in which a widespread reduction in fees was becoming a feature.

“We’re seeing some fairly competitive fees at the moment, unfortunately every time you go into one of these cycles the fee base drops and it doesn’t ever really recover.”

Mr Howlett said a lot of firms were combating the lower fees by outsourcing documentation in order to reduce costs.

Mr Snellgrove, who qualified his statement by saying he welcomed competition and the drive for enhanced efficiencies, also said the low fees were resulting in considerable pressures.

“The issue is that there are architects out there putting in fees that are ludicrously low, and it takes a while for clients to realise what the consequences of that are,” he said.

“There are only two outcomes of a ludicrously low fee and that is the architect either loses money or they provide a poor service.”

On the other side of the ledger is the booming multi-residential sector, which is creating a considerable amount of opportunities for architects.

Mr Snellgrove estimated his firm had more than 2,000 apartments in the works, from the planning to the construction stage.

But the booming conditions in that sector, Mr Snellgrove said, were attracting firms working outside of their normal offering.

“You have to work very hard at design and construction efficiencies, and you have to do that in a market where other architects who haven’t perhaps been involved in the multi-residential sector are now trying to throw their hat in the ring,” he said.

Mr Snellgrove said education was also a boom market, with the state government’s plan to build eight new schools through a public private partnership creating significant works, while another job keeping a number of firms in Perth busy is the 60,000-seat Perth Stadium.

Hassell and Cox Howlett & Bailey Woodland were the lead designers on the project, while Cameron Chisholm Nicol is also acting as an adviser to the state government.

“You need to get yourself into a position where you can compete,” he said.

“You’ve just got to strategise how you are going to go and get that job.”