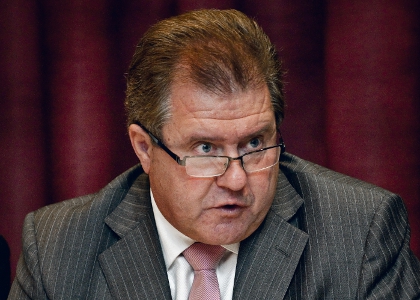 Aquila Resources has disclosed that it has still not reached agreement with its joint venture partner AMCI on a 2012-13 budget for their West Pilbara iron ore joint venture.

Aquila told shareholders at its annual meeting today that construction of the project could commence in early 2014, with first ore on ship in early 2017.

However, that is subject to crossing many hurdles, including the impasse with private company AMCI; Aquila said today that it “remains hopeful” the budget for the current financial year will be resolved in early 2013.

The ‘base case’ cost for the West Pilbara project is $7.4 billion, however Aquila has previously disclosed plans to cut that to $5.0 billion.

It is looking to outsource rail operations, port infrastructure, power generation, port and mine accommodation, fuel supply and distribution, tug supply and services and processing at its West Pilbara Iron ore project.

There was an opportunity to "transfer risk to third party infrastructure and service providers and increase overall project returns through cost saving efficiencies," Aquila said.

The company's primary focus is the development of the West Pilbara Iron Ore Project and Eagle Downs Hard Coking Coal Project in Queensland.

Aquila owns 50 per cent of the West Pilbara project, an integrated mine, rail and port development, which is predicted to produce 30 million tonnes of new iron ore.

Meanwhile, construction at the Eagle Downs site substation is expected to be completed in the first quarter of 2013.

The company will maintain its current development schedule and budget for its Eagle Downs project which is also underway.

On September 30 the company had $477 million of cash and liquids, with no debt.

It also has a strategic partnership with China's largest steel maker Baosteel.