App/tech business of the week ~ Hyba

Hyba is an app that allows people to see what bars and clubs are around, and how many males and females are at each venue. 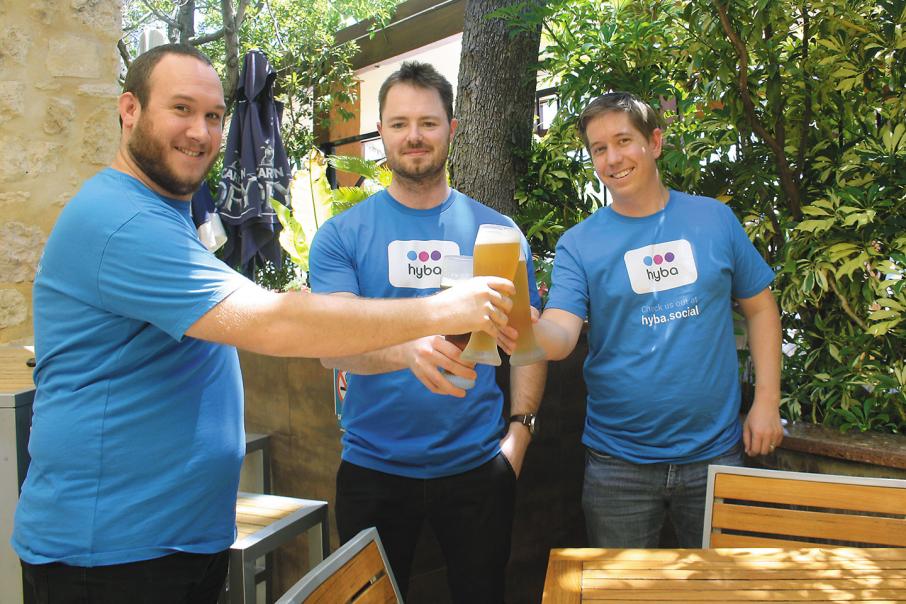 What? Hyba is an app that allows people to see what bars and clubs are around, and how many males and females are at each venue. The app also shows what events are happening at which venues, as well as drinks specials, so users can check out what’s going on at their favourite spot.

How? Users sign into the app with their Facebook account, and Hyba retrieves the user’s relationship status from that. Once users are at a bar or club, Hyba checks them in anonymously so other users of the app will see the user as either single or not single. Blue is for guys, Pink is for girls, and purple is if the user is not single.

Where?  The app can be found on the iTunes and Google Play stores. More information can also be found at https://hyba.socal

Who? The app was created by BHT Developments, which is owned by Guy Bridge, Ben Thompson and John Hoff. Alexander Karan also assisted the app’s creation as iOS developer.

Quotation? “I was sitting at home with some friends on a Friday night thinking about where to go out. We wanted to go somewhere busy and happening. I thought ‘wouldn’t it be good if we could check how many single girls and guys were at the venues we were considering’ – that’s basically how the initial idea came to be,” Guy Bridge said.

Upcoming features? Major update planned that will include the showing of nearby upcoming events in the main feed. A purchase system will also allow users to buy food and drink through Hyba while at a bar. Plans to provide option to log into Hyba as a guest instead of logging into the app using Facebook.

Future plans? Want to get more people downloading the app to help bring up live user statistics. Also looking to expand venue database to include nightclubs and bars in the eastern states. Depending on how that goes, business may target expansion overseas.