The City of South Perth has recommended the state’s planning commission approve an owner-led proposal for a residential apartment complex when it meets later this week. 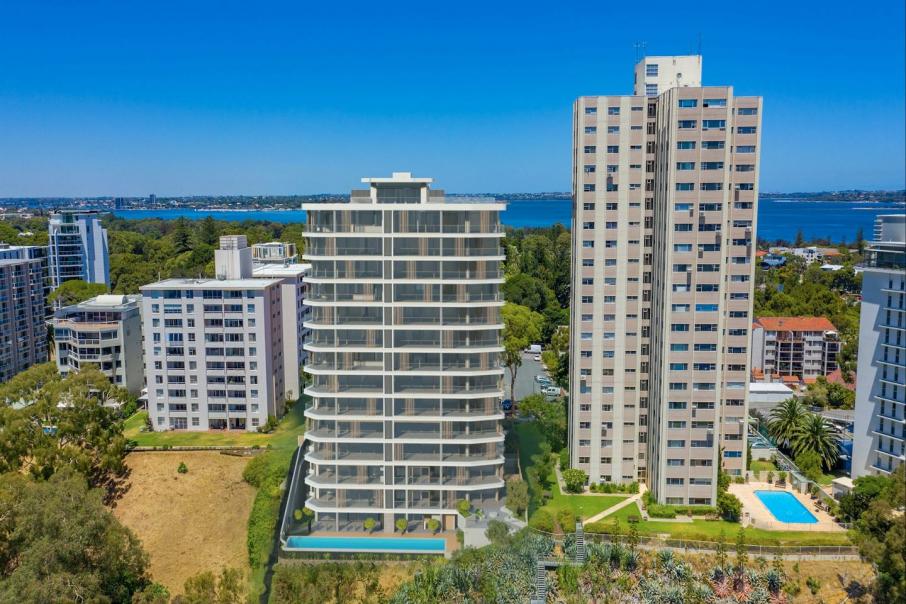 The City of South Perth has recommended the state’s planning commission approve an owner-led proposal for a residential apartment complex when it meets later this week.

The group of residents behind the development application previously resided in a 1970s-built 11-townhouse complex at 8 Parker Street in South Perth, and collectively lodged plans for a new building in 2019.

The 1970s building has since been demolished to make way for 29 apartments across two towers of 15 and four storeys, with communal facilities including a gym, sauna, lounge and games room.

A previous development application was approved in 2019 for two apartment towers of 12 and four storeys featuring 27 dwellings, however, the group subsequently went back to the drawing board to add an extra two apartments, increasing the height of the tallest tower to 15 levels.

The latest iteration of the development application has been submitted via the state government’s State Development Assessment Unit (SDAU) pathway.

The SDAU was created as part of a series of planning reforms designed to stimulate and accelerate economic recovery during COVID-19.

Through the SDAU, the Western Australian Planning Commission assesses a development application, rather than the traditional joint development assessment panel pathway.

Under this streamlined process, developments are deemed significant based on job creation and if they are valued more than $20 million in metropolitan areas and $5 million in regional areas.

The WAPC will meet later this week to assess the proposal.

The agenda notes the proposal has been submitted via the SDAU as it exceeded the recommended building height limit of 28 metres under the City of Perth’s planning scheme and that the city had no discretion to vary that maximum height parameter.

City of South Perth officers outlined 17 public submissions had been received for 8 Parker Street, of which eight had objected to the proposal.

Objections were largely over building height, setbacks, traffic, parking and the impact on amenity and views.

However, the City of South Perth has recommended the WAPC give the project the go-ahead, noting the overall height of the project was applicable in relation to existing and future residential character of the area.

Neighbouring buildings within the foreshore, it said, ranged between 10-20 storeys and also comprised multiple dwellings.

“The City of South Perth has advised that the proposal is of a scale, form and design quality generally consistent with the vision of the draft South Perth Activity Centre Plan,” the agenda noted.

*UPDATE: The project was approved by the SDAU January 21.