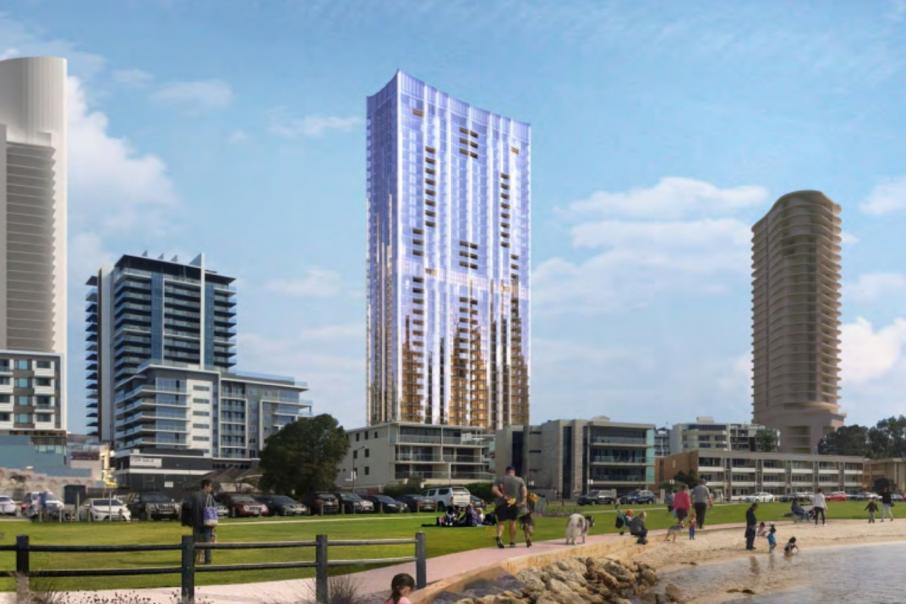 The proposed building comprises 179 apartments, a cafe/restaurant and bar on the ground floor, gym, swimming pool, theatre and an outdoor entertaining area.

Finbar's $140 million, 21-storey Aurelia apartments has been built on the adjoining site at the corner of Mill Point Road and Harper Way.

The WA Planning Commission approved the proposal at its meeting today, including extending the planning approval validity to 36 months instead of 18 months.

PTS Town Planning director Peter Simpson said the request to extend the timeframe was due to the scale of the development, with the project being the second largest development to be considered by the WAPC so far.

Designs for the project, titled 88 Mill Point Road Residences, were prepared by Hassell.

Mr Simpson said there had been early work engagement with a builder early last year when the application was first lodged in the SDAU.

"It became evident halfway through 2021 that we weren’t going to receive approval in 2021 so a lot of those actions were put on hold," he said.

"With significant issues with labour and materials, that’s only getting harder."

Despite the City of South Perth and several others' objections to the proposal, commission chairman David Caddy said a building of such height and scale was able to be approved as it was within the intent and purpose of the city's local planning scheme.

"All submissions received were given due regard and has been shared in determining the application," he said.

"It's a well design proposal and not withstanding current supply chain issues… is ready to commence."

The applicant advised that the project would bring in about $273.3 million of investment and create about 1800 jobs through the construction phase and about 29 on-going jobs.