The federal government has contracted four groups in Western Australia to run a new support network designed to lift completion rates for apprentices, but has caused disquiet by excluding a major group-training organisation from the scheme. 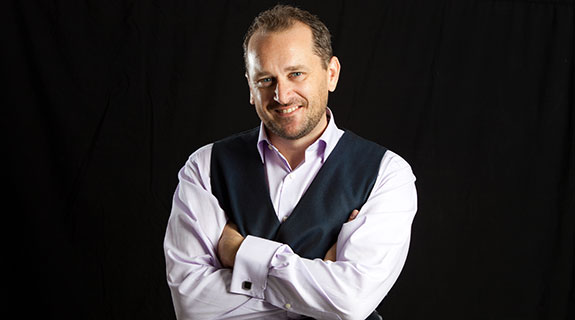 HEADING WEST: Paul Miles and the team at BUSY At Work will deliver an apprentice support network in WA.

The federal government has contracted four groups in Western Australia to run a new support network designed to lift completion rates for apprentices, but has caused disquiet by excluding a major group-training organisation from the scheme.

The contracted groups include Chambers Apprenticeship Support Australia, which has been established by the chambers of commerce in WA, NSW, Victoria and Queensland to deliver the new service in all mainland states.

AMA Services, which is the training arm of the Australian Medical Association in WA, and not-for-profit group MEGT (Australia) have also secured new contracts.

A new player in the WA market will be Queensland-based not for profit BUSY At Work, which has partnered with Job Futures to deliver an apprentice support network in WA.

Chief executive Stan Liaros was disappointed by the decision, saying his group had 17 years’ experience in the sector and had partnered with groups in the Pilbara and Kimberley to bid for a new contract.

“We put a bloody good tender together,” Mr Liaros said.

BUSY At Work chief executive Paul Miles said he was hoping to recruit some of the Group Training staff.

Mr Miles is also looking to finalise agreements with several Job Futures member firms, including Bridging the Gap and Kimberley Employment Services, which will deliver the new apprentice services in WA from July 1.

Less than half of all apprenticeship contracts in Australia are completed, the National Centre for Vocational Education Research (NCVER) has found.

The latest data for 2013 showed that 47 per cent of trade apprentices completed their contract, up slightly from recent years.

If the data are adjusted for apprentices who switch employers, the completion rate increases to 57.5 per cent.

In a recent report on non-completion of apprentices, NCVER managing director Rod Camm said the influence of the employer could not be overstated.

“Employers with the highest completion rates are generally larger, experienced employers with well-organised systems for managing and recruiting apprentices,” he said.

The NCVER report said states with a high level of support for apprentices, including WA, also had better completion rates.

“Our government is introducing a new outcomes-based arrangement that financially rewards completions, with targeted mentoring to assist apprentices or employers facing difficulty.”

CCI WA chief executive Deidre Willmott said the organisation was excited to be an integral shareholder of Apprenticeship Support Australia, and proud to roll out the new approach to the delivery of VET services in WA.

“This is a significant win for CCIWA and a great endorsement of our experience providing high-quality support to WA apprentices and their employers for many decades,” she said.

It is also aiming to shift away from paper-based systems to online processing of applications and other documents.

Ms Willmott said that, as part of its new contract, CCIWA had launched www.skillsroad.com.au as an information portal for apprentices, employers and anyone interested in apprenticeships.