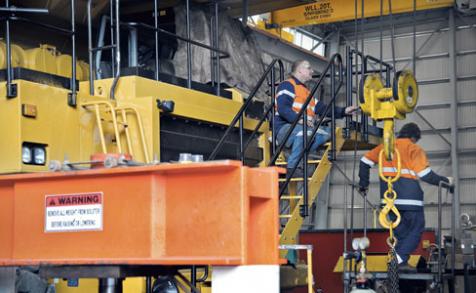 First and second year apprentices across all industries are set to receive phased pay increases of up to 40 per cent over the next two years, following a Fair Work Commission ruling today.

The decision has attracted an angry backlash from business groups, who said jobs would be lost as a result of the higher wages.

Adult apprentices, aged over 21 years when commencing their trade, also stand to benefit from higher wages.

"We consider that such a differential is appropriate in setting a fair and relevant minimum safety net for apprentices and would recognise the benefits of having better educated and potentially more productive young people entering apprenticeships," the commission said in its decision.

Master Builders Australia chief executive Wilhelm Harnisch said the trade unions which had lobbied for the pay rises had "wilfully ignored" that the decision would lead to jobs being lost.

"The Fair Work Commission's decision today will lock thousands of young Australians out of rewarding careers in an industry crying out for more skilled workers over the next decade," Mr Harnisch said.

"The commission's decision will simply price many apprentices out of what is already a tight job market and at a time when the building and construction industry is struggling and less able to afford to take them on."

Housing Industry Association industrial relations spokesman David Humphrey said the commission had adopted a "one size fits all" approach which ignored the unique circumstances of the residential building sector.

Australian Council of Trade Unions secretary Dave Oliver said the decision was a "great outcome" for apprentices and for the broader economy.

"Almost half of people who embark on apprenticeships don't complete them, with the very low wages a major factor contributing to drop-outs," Mr Oliver said.

"Current wages see apprentices barely able to meet living costs; they are considerably less than other job options and barely more than the Newstart allowance."

The Australian Manufacturing Workers' Union national president Andrew Dettmer described the decision as "bittersweet", arguing that the pay rises should have been extended to existing junior apprentices.