Startups will quickly emerge to challenge and disrupt the dominance of the technology giants, in ways we can’t imagine now. 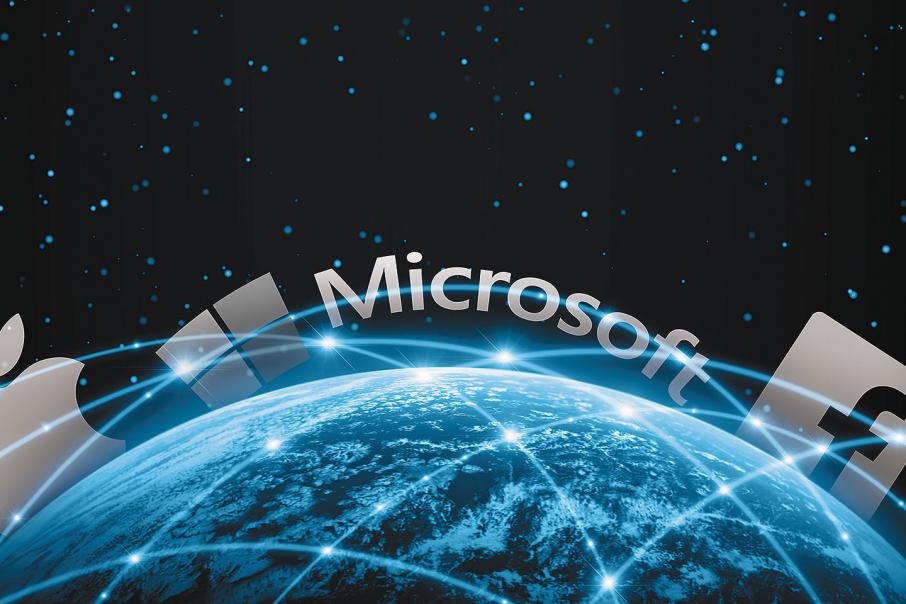 Startups will quickly emerge to challenge and disrupt the dominance of the technology giants, in ways we can’t imagine now.

Technology moves in circles. What goes around will surely one day come around again. The endless cycle between centralised and distributed hardware is an example.

Currently in its centralisation phase as we all move to the cloud, it won’t be long before “local cloud” or “fog” is a thing that enterprise consultants will charge a small fortune to advise on.

In the halcyon days of the 1990s, when the PC revolution started to wane and everyone realised that computers not connected to a network weren’t that useful, there were a few islands on online activity.

America Online (AOL) was probably the most well known, but CompuServe was the first and arguably the best. They made some serious money building connected communities of PC-using early adopters.

From about 1990 to 1995, their heyday, these companies grew at an astonishing rate and looked like they were going to totally dominate the world.

The key thing about both these services is that they attempted to lock their customers into a limited range of services that they provided.

You had to use their software to connect to their servers to use the services they provided. Communities formed on their message boards and forums, but there was no way to access those communities except through those paid services.

Then the internet reached the public, specifically the Netscape browser, which allowed anyone to browse to any public website. This is all very familiar to us now, but back in the day this was revolutionary.

Anyone could write some html and publish it from their home computer to the world. No CompuServe subscription required.

This internet revolution spurred an explosion of creativity and entrepreneurial endeavour. Websites on every conceivable subject sprang up. Geocities and other server sites were created to host these sites. Every site had a public forum where people actually, genuinely, hung out and talked to each other.

Of course, the giants lived on for a bit. CompuServe was sold to AOL, AOL itself merged with Warner at the height of the dotcom boom in one of the worst deals in business history. But as soon as people could escape their walled gardens, their business was toast.

Today we have the same model being developed. Facebook is successfully building a walled garden, closing itself off from the rest of the internet and doing its best to keep its users on the Facebook site or app.

Apple is arguing with everyone about whether they can keep all their users on their platform. Microsoft has long had a mindshare lock on business software, and is accomplished at keeping businesses in their walled garden.

But Facebook is really the one to watch here. There are lots of people, seriously large numbers of people, who only use Facebook.

When asked, they don’t use the internet, they just use Facebook. They get their news from Facebook, they post to their timeline tens of times per day, use Messenger to talk to their friends, use Groups to organise their social life (and date), and generally ignore every other part of the web.

They are providing free internet services to developing countries, that are only capable of reaching Facebook’s servers (plus a few others, but no-one’s fooled).

They have this week launched the ability to buy and sell within Messenger, in an attempt to emulate WeChat’s success in China.

Apple is not far behind, and has indicated it has similar ideas. The row with the banks is all about who gets to control the flows of cash through Apple devices.

Apple has attempted to force users to use its software instead of Google for maps, browser and personal productivity software – only the truly awful quality of its software stopped this from happening. But it was close; we were nearly locked in to only use Apple software on Apple devices.

But of course, history always repeats itself. Technology goes in cycles. Approximately seven minutes after Facebook finally succeeds in its ambitions, something will come along to make a mess of its plans and tear down the walled garden.

That something will probably be a startup coming out of nowhere, growing like a weed, and making a few investors extremely rich.

And, if we get the opportunity to listen to that startup pitch right now, it will sound like a really, really stupid idea.