Appetite for growth at Northern Star

FEATURE: Star in name, star in nature; it has been a rapid rise for one of the state’s major players. 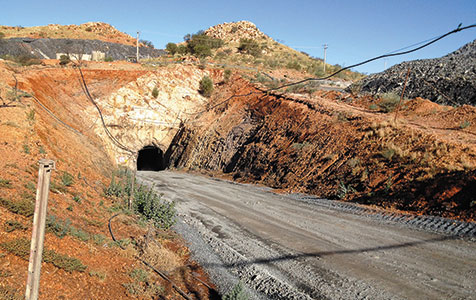 BIG NUMBERS: Production at the Paulsens mine was 215,429oz in the latest financial year, with the current year expected to yield up to 600,000oz.

Northern Star Resources was a penny dreadful with a 5 cent share price just four years ago; today, thanks to a 3,400 per cent price rise to $1.75, it’s the star of the Western Australian gold industry.

Timing and aggressive management are the keys to the success of Northern Star, which in some ways is the equal, but opposite to Silver Lake.

Whereas Silver Lake expanded into a gold-price downturn and is now paying for being too aggressive at the wrong time, the management team at Northern Star believes the business is expanding at a low point in the gold price cycle and is confident of higher future profits.

It doesn’t matter whether the higher profits come from a recovery in the gold price or a fall in the Australian dollar, or by better management of gold mines acquired over the past four years; and if luck plays a role it could come from all three factors.

A modest glimpse of what might be to come was a 36 per cent increase in Northern Star’s underlying profit to $38.6 million for the year ended June 30, earned from record revenue of $297 million.

The major profit contributor in the latest year was the mine that launched Northern Star – the Paulsens project in the Pilbara.

Through a combination of a smart management team led by chief executive, Bill Beament, and fortunate geology, Paulsens catapulted Northern Star from no gold production in 2010 to 86,522 ounces in 2011.

The driver behind the spectacular rise and rise of Northern Star is the remarkably aggressive (some would say courageous) acquisitions policy, under which it has acquired some of the gold mine discards of Canada’s Barrick Gold and the US gold giant, Newmont Mining.

In a series of deals that started late last year, Northern Star has acquired the Plutonic, Kundana, Kanowna Belle and Jundee gold mines.

The gold price has been helpful during this deal-making blitz, with the first deal, for Plutonic, announced just before Christmas last year when the gold price was $US1199/oz.

Over the past nine months the gold price has remained kind to Northern Star, and the Australian dollar has started to behave as expected, falling as the country’s economy stumbles.

Having bitten off an enormous chunk of the WA gold industry, snatching the title of Australia’s second-biggest gold miner, the next trick will be to successfully manage the dramatically expanded business.

Given the success at Paulsens, and the ready availability of management and mining talent cut adrift during the current downturn, the job of running a business that has exploded in size by a factor of seven in just two years should be achievable.

And if Northern Star can succeed with its dramatic expansion plans then it will be an example of a management maxim sometimes attributed to Sir Richard Branson: “To succeed you need to bite of more than you can chew and then chew like crazy.”