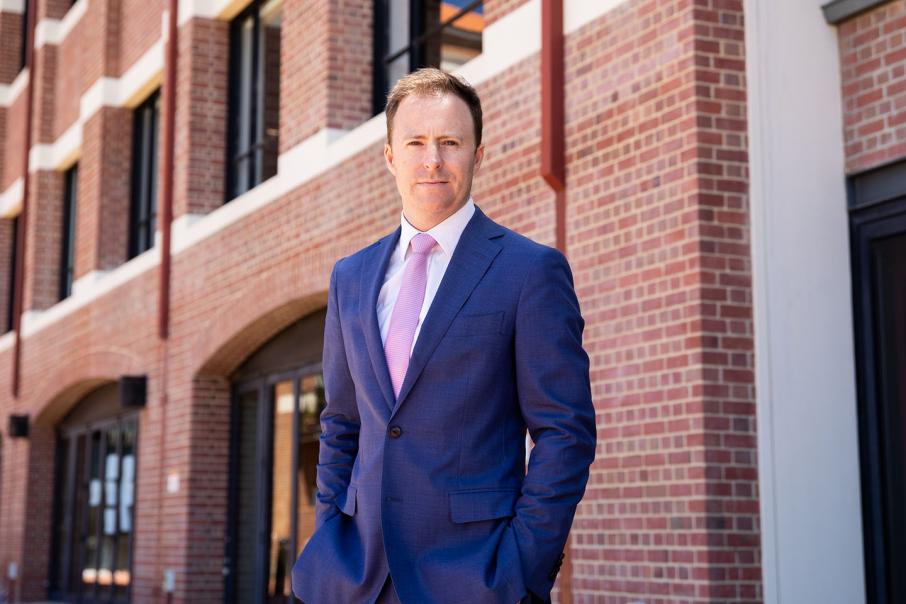 Ensuring a secure return is a dominant consideration for investors at any time, but even more so in an economic environment subdued by the pall cast by the COVID-19 pandemic.

And office buildings are being touted as the type of investment to fit that bill.

JLL WA managing director John Williams said COVID-19 had not eroded investor appetite, having recently run processes for the sale of assets, both in and outside of the city.

Those deals, he said, were about two to four weeks away from being announced.

“COVID has not impacted the capital markets to any large degree ... you’re still accruing superannuation, that cash is piling up globally and that cash needs to be invested.

“The issue is – and has been the issue for many years now – that the amount of capital looking to invest is greater than the assets available to invest in.”

According to CBRE’s recent report ‘Investors Digging for Deals’, more than $1.6 billion worth of capital is active in Perth’s commercial property market.

That figure is based on CBRE’s bid tally for recent sale campaigns of assets collectively worth about $350 million, with domestic investors representing 94 per cent of bids. 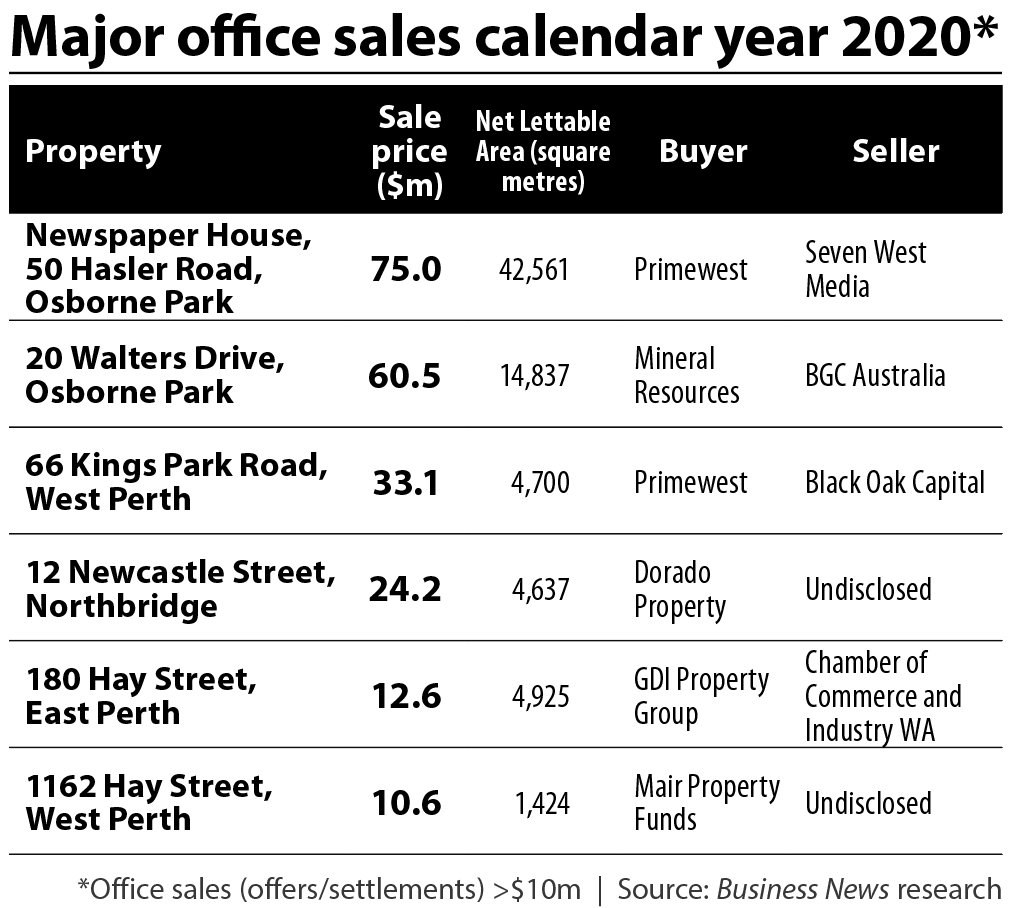 “Property remains compelling from an investment perspective given the stable and greater returns it offers compared to cash and bonds,” Mr Desange said.

“Additional to this, some property sectors have been less volatile than equities, which has been particularly pertinent in the current environment.”

He said Perth’s office market yields were another drawcard.

According to CBRE, as of September 2020, Perth prime office market yields were 6.27 per cent, compared to 4.83 per cent and 4.56 per cent for Melbourne and Sydney, respectively.

“As investors prioritise security and yield in a low-return environment, Perth will continue to be a target market,” Mr Desange said.

CBRE’s report also shows that private investors are emerging as the frontrunner for office assets, representing just over 50 per cent of the Perth bidder profiles in 2020.

Next in line were listed entities (representing about 43 per cent of the bidding market), with owner-occupiers representing just over 3 per cent.

That trend appears to be reflective of the Perth transaction market, with a single owner-occupier deal for the 2020 calendar year so far: Mineral Resources’ $60.5 million purchase of 20 Walters Drive Osborne Park.

The Walters Drive property formed part of BGC Australia’s property portfolio, which the company is selling off.

Remaining properties are believed to be valued at about $300 million, presenting significant buying opportunities.

The Fiveight portfolio comprises apartments in the Pilbara region, the Old Swan Brewery mixed-use building (headquarters of Mr Forrest’s investment vehicle, Tattarang), as well as a 50 per cent stake in the Roe Highway Logistics Park.

The group could potentially add another asset to its portfolio in the coming months, as it is thought to be one of several investors vying for the Credit Suisse-owned office tower at 190 St Georges Terrace, which is being marketed by both JLL and CBRE.

Remaining tight-lipped on potential acquisition opportunities, Mr Meredith said the company did not favour any particular sector and had a flexible mandate, anchored by a long-term investment outlook.

“We’re happy to look through the cycle, and if we see value or particular opportunities that appeal to us on a long-term basis, then we’ll take advantage of them,” Mr Meredith told Business News.

When it came to the Perth office market, Mr Meredith was confident of the asset class’s future.

“The reality is the physical workplace is irreplaceable from the perspective of culture, communication and innovation,” he said.

“The fortunate thing for Perth is we’re starting from a position of already depressed rents and elevated incentives.

“Nationally we do see an inevitable flight to quality from an occupier perspective, both in location and workplace, and really that creates opportunities for investors who understand this and can deliver on true value for tenants; I think it’s important to flag that value is much broader than a pure race to the bottom in terms of effective rents.”