Shares in Perth-based explorer Apollo Consolidated have surged on news it has struck an agreement with gold miner Newcrest Mining for its Seguela project in West Africa. 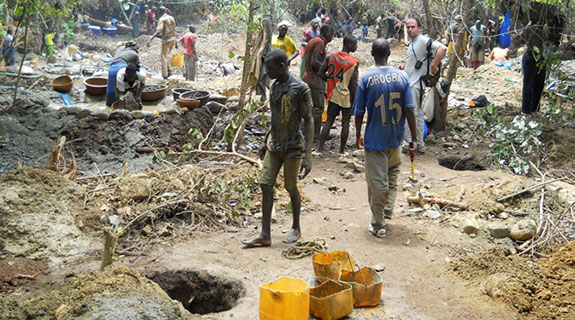 Shares in Perth-based explorer Apollo Consolidated have surged on news it has struck an agreement with gold miner Newcrest Mining for its Seguela project in West Africa.

Apollo announced today that it had signed an option to purchase agreement with Newcrest for the permit holder of the Seguela gold project, Mont Fouimba Resources (MFR), which is 80 per cent owned by Apollo.

Under the terms of the agreement, Newcrest will sole fund an exploration program at Seguela for a year, at a cost of up to $US1.5 million to MFR, with the option to extend the program by a second year.

If Newcrest decides to continue exploration into the second year, it will make progress payments totalling $US3.5 million, at which point it will acquire full ownership of the permit.

MFR will receive a 1.5 per cent net smelter royalty over the permit, with the majority to be received by Apollo.

“Seguela is located 250km from Newcrest’s Bonikro gold operations and has been explored by Apollo over the previous five years,” Apollo said in a statement.

“The company recognised that the project required a substantial financial commitment to fully explore the multiple gold prospects and untested structural targets on the property.”

Apollo said the option arrangement allowed work to begin in parallel with its exploration efforts elsewhere in West Africa.

“The agreement provides Apollo with tranches of funding that can be applied to its early-stage gold exploration underway at its 100 per cent owned Boundiali and Korhogo permits in Cote d’Ivoire and allow the company to consider other early-stage exploration opportunities in that country and in Australia,” it said.