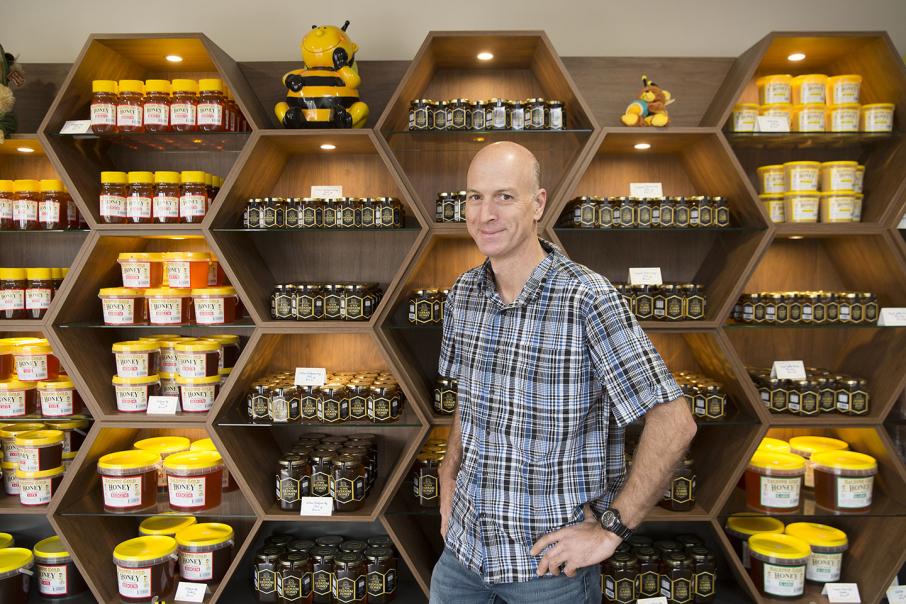 Plenty has changed in the beekeeping industry since Stephen Davies’ great uncle Gordon ventured into the honey business in the mid-1950s, with family photos showing beehives travelling down the main street of York by horse and cart.

Mr Davies recalls his father visiting collection sites with a caravan in tow, equipped with a small, portable extraction plant, filling four-gallon containers as he went.

Now, about 70 years after the family business began, the third-generation beekeeper and managing director of Davies Apiaries pumps out 1,000-litre containers at his $2.5 million facility.

As significant as the mechanisation of the sector has been over time, it has taken almost as long for it to establish certification for Western Australia’s unique monofloral honeys – those made from a single flower species.

The certification is an accreditation that confirms the source and unique attributes of a honey product, and protects against product substitution and dilution with lower-grade honeys.

Mr Davies said certification channels had previously not been readily accessible to beekeepers, with samples having to be sent to overseas labs where reliable and consistent results were difficult to secure.

In 2015, Mr Davies and a group of fellow beekeepers set out to change that. After obtaining an initial $500,000 grant from the WA Department of Agriculture and Food, they approached local statutory authority ChemCentre to establish testing and certification processes.

“With security and certification of the product comes the price, and that’s ultimately what it’s all about; by selling a certified product you can demand a premium price,” Mr Davies told Business News.

“Now we can certify our own Western Australian product here locally and be able to say with confidence to the marketplace that this is what we say it is.

“Without that you’ve just got a regular every day grey product and nothing special to sell.”

Davies Apiaries is one of the state’s largest honey players with 1,000 hives placed across WA, producing around 200 tonnes a year to predominantly sell into the wholesale market.

Although Mr Davies already exports to the Middle East and Asia, he said the new certification would create more international opportunities by ensuring his products met the standards required by high-end, medical-grade markets.

The certification process was developed in partnership between WA honey producers, the University of Western Australia, Pathwest and ChemCentre.

ChemCentre provides chemical and forensic science services to government and industry and has previously delivered food product testing and certification processes for WA’s beef and grain producers, among others.

ChemCentre principal food scientist Ken Dods said the new certification was based on compositional chemistry; an analysis of the chemical make-up of honey.

“Our project initially selected two WA honeys that had sufficient volume but also attributes that may be of commercial interest, particularly into a South-East Asian market,” Mr Dods told Business News.

Mr Dods said previous publications had indicated that jarrah and marri honeys could have beneficial antimicrobial properties (antibacterial components), but the value of that antimicrobial activity had not been fully explored.

After collecting honey from across the state, the team analysed the varieties’ natural attributes. The team looked at the honey’s phenolic compounds, those properties related to the nectar that influences taste, as well as the hydrogen peroxide characteristics, which affects shelf life.

The pH level was also under examination, as Mr Dods said this could influence the impact a product had on the body.

“We were seeking a high count of phenolic compounds and hydrogen peroxide levels because both of these have significant influence on the antimicrobial activity,” he said.

“ChemCentre’s research has shown that both jarrah and marri monofloral honeys have higher levels of antimicrobial activity than New Zealand’s manuka honey, which increases their appeal to health conscious and discerning buyers internationally.”

Mr Dods said the project was now extending to other commercial species such as yates and powderbark, thanks to securing federal funding through a Cooperative Research Centre established in March for honey bee products.

“Why is there an interest in WA? We have a unique product and one of the last healthy bee populations in the world,” he said.

“That makes it very interesting for an investor to come into the industry.”

“We have a bioactive hot spot here in WA,” Mr Davies said.

“We don’t want to compete with manuka; we want to put out a product that is good for internal health and demonstrate a probiotic effect.

“Honey sells itself; you sell a quality product and you’ll have people knocking on your door to buy it.”