West Perth-based Aphrodite Gold has today opened its $10 million initial public offer to progress exploration and development at its namesake deposit which it recently bought from Apex Minerals.

West Perth-based Aphrodite Gold has today opened its $10 million initial public offer to progress exploration and development at its namesake deposit which it recently bought from Apex Minerals.

Aphrodite Gold Limited has opened its Initial Public Offering (IPO) to raise up to $10 million to further develop and expand its 1Moz gold deposit. The Project is planned to commence open pit mining by 2012, with an underground mining operation to follow.

The Project is located 65 km north of Kalgoorlie and covers 30 km² of the Bardoc Tectonic Zone, a major structural corridor extending 120 km northwards from Kalgoorlie to Menzies. The tectonic zone has had over 100 years of gold mining with known gold resources and production of nearly six million ounces.

The Aphrodite Gold Prospectus offers a minimum 40 million (and up to 50 million) Shares at 20 cents each, and should the offer be fully subscribed will result in a total of 137 million shares on issue, giving a market capitalisation of $27.4 million. The Offer is being managed by KS Capital, is now open and will close on 14 June. ASX listing is due on 25 June.

"Investors have the opportunity to take equity in a quite modest valuation for a near term potentially large volume gold producer," said Executive Director Wayne Ryder. "The funds raised from the IPO will provide the capital to develop this well advanced Project."

"We are confident the Aphrodite Gold Project will deliver upon its potential and pass on considerable gains to Shareholders."

"In addition to the established JORC compliant gold deposits thus far, we have a considerable inventory of unclassified gold mineralisation and other targets which remain as yet untested but which have shown a high potential to substantially increase resources of commercial grade open pit and underground mining ore."

The Project is located conveniently close to the Kalgoorlie-Menzies Goldfields Highway, with excellent infrastructure and a readily available workforce as well as nearby active water, power and gas utilities and established processing facilities.

Aphrodite Gold Limited acquired the Project from Apex Minerals NL in November 2009 for $7.2 million, comprised of $5 million cash plus 11 million fully paid shares and 5.5 million options (exercisable by 31 December 2013 at 20 cents). For the IPO, Apex Shareholders and Aphrodite Gold's associate Eagle Eye Metals Limited's Shareholders will receive a priority right to take up Securities in the float. Despite Apex deciding to sell the Project in order to concentrate on development of its Wiluna gold mine, Apex is aware of the potential of Aphrodite and has accordingly retained an interest in the Project via its Vendor's Shares.

Aphrodite Gold plans to further prove up and expand the open pit ore to JORC compliant status and mine it before mining the already established higher grade JORC compliant deeper underground resource. Depending on timing of the proving up drilling and on the assumption the open pit ore can be processed off site, the mine is targeted to commence production by 2012.

The Aphrodite Gold Project was first discovered in 1996, when drilling uncovered a 3 km long gold anomaly in the calcretes of the project area. This was followed by further drilling which highlighted another 1200 m long supergene gold anomaly.

The Aphrodite Gold deposit has a JORC compliant Resource of 16.9 million tonnes at 1.8 g/t Au for 983,000 ounces of gold, of which 40% is Indicated, 60% Inferred. A further significant inventory of unclassified gold mineralisation comprising 5-7 million tonnes averaging 1-4 g/t, at less than 100 metres deep, has been identified but with insufficient drilling yet undertaken to bring it to JORC compliant status. 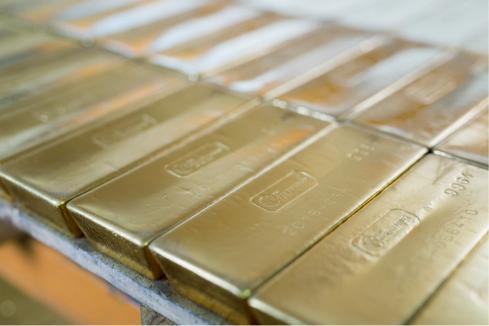