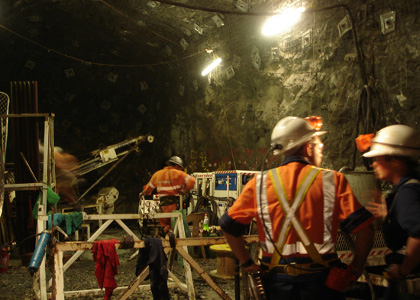 Apex Minerals shares have jumped after the gold miner announced it is seeking to raise nearly $11.4 million through a private placement and rights issue.

Apex announced today it would place 28 million shares with institutional investor clients of Azure Capital, at an issue price of 9 cents per share, to raise $2.52 million.

The gold miner also said it would kick off a non-renounceable one for two rights issue for existing shareholders, priced at 8 cents per share to raise up to $8.86 million.

The rights issue has been partially underwritten by Azure.

Apex  chairman Eduar Eshuys said the company is seeking to raise at least $6 million from the rights issue.

Mr Eshuys said the funds raised would be used to pay off $4.5 million in short-term debt and to repay creditors.

“We are pleased to have received strong support from our shareholders to continue the significant progress we are making at the Wiluna operations,” Mr Eshuys said in a statement.

“Since the new management team was appointed in April, we have seen a tremendous improvement in increasing production while lowering costs, a trend we expect to continue.”