EXCLUSIVE: Shopping centre owner AMP Capital has lodged plans for a $600 million expansion of its Karrinyup mall, taking it to more than 113,000 square metres of total floor space and adding 150 apartments to the mix. 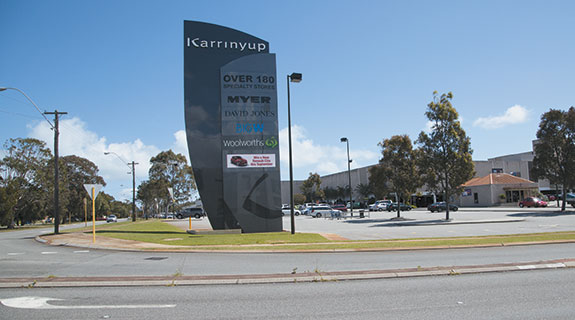 EXCLUSIVE: Shopping centre owner AMP Capital has lodged plans for a $600 million expansion of its Karrinyup mall, taking it to more than 113,000 square metres of total floor space and adding 150 apartments to the mix.

The lodgement of the development application follows negotiations with the City of Stirling, which AMP Capital state development manager Scott Nugent said extended for more than a year.

In early December, the parties mutually agreed on a redevelopment strategy, including changes to the town-planning scheme, which were adopted by council early last month.

“But we’re pleased to have strong support from the mayor and the elected members on the project; also the state government, when we’ve engaged with them, are keen to see something happen.

“The centre is starting to look tired, it hasn’t been developed since 1998 so it’s good to get something going there.”

Assuming the plan is given regulatory approval, AMP hopes to be on site late next year, with the centre having a three-year construction period.

“By the time we’ve finished it’s going to be 20 years since the community has seen a new Karrinyup, and the market has moved a lot in terms of what we offer,” Mr Nugent said.

“We are looking to provide not only traditional retailers but also the internationals and restaurants; there’s a main street on the redevelopment, residential, and some other elements that you don’t see now at the centre.”

The apartments at Karrinyup will be constructed in stages, with 100 to be built in the first stage of the overall redevelopment and a further 50 within five years of completing the expansion.

Apartment buildings will be restricted to a maximum height of two storeys, while there will be no residential development fronting Karrinyup Road.

AMP said there was potential for those development timeframes to change, subject to market demand.

The redevelopment cost of $600 million does not include the cost of developing the apartments, and Mr Nugent said AMP would likely seek to partner with a residential developer to deliver the dwellings.

“Like at Garden City where we’ve partnered up with TRG Properties, we’d probably look to partner again at Karrinyup,” he said.

Mr Nugent said AMP would aim to lift the core retail offering at Karrinyup to an international standard, while also providing space for new supermarkets and global retailers.

It expects around 2,500 jobs will be created throughout the construction process, with another 2,500 permanent jobs created in retail, support and managerial roles.

The total retail floor area proposed would vault Karrinyup to the top of the BNiQ shopping centre list, ahead of Lakeside Joondalup Shopping City’s 100,000sqm.

However, Westfield Carousel has plans in motion to grow to 120,000sqm, while Garden City Booragoon is also mooted to expand to around 120,000sqm.

Karrinyup is the state’s seventh-largest shopping centre, according to BNiQ.