Apartment sales up amid shift in density debate

SPECIAL REPORT: Confidence is returning to the state’s apartment market, with developers seeking to boost their project pipelines. Click through to see our map with 30 apartments projects across Perth and our updated ranking of Property Developers. 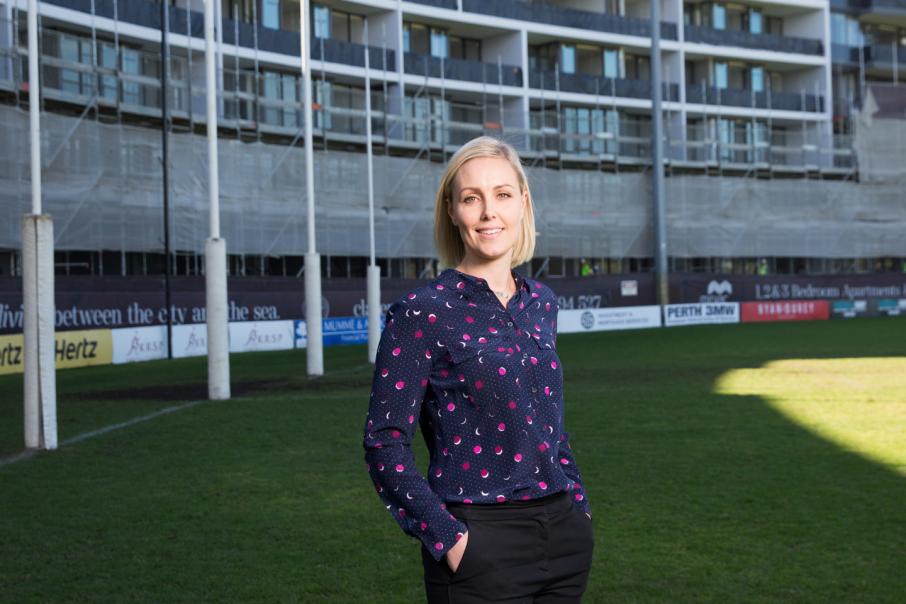 The latest sales data for Perth’s apartment market indicates a positive shift in sentiment and activity, particularly among owner-occupiers.

Of those transactions, owner-occupiers dominated purchases, up 17 per cent on the previous quarter and accounting for 65 per cent of sales.

While the economic downturn may have suppressed apartments’ appeal to investors over the past few years, the owner-occupier market, particularly downsizers, has been an emerging saving grace.

Mirvac general manager, residential WA Paige Walker, says owner occupiers have been particularly drawn to the group’s development at LandCorp’s Claremont on the Park precinct, with many purchasers looking to downsize but remain in the area where they already live.

The 233-apartment project across two six-storey buildings is currently under construction and due for completion late 2018.

“In terms of general density, the appetite in Perth has changed,” Ms Walker told Business News.

“People are becoming more accepting of density and I think that’s partly because in the last 12 to 24 months they’ve seen some really good-quality projects delivered to the market; that’s made people more comfortable about what density means.

“And I think they’ve also seen the benefits (of apartment living). They’re starting to realise that, rather than staying in the big family home, they can comfortably downsize into a quality apartment as long as it is in the right location and has access to amenity.”

Ms Walker said the positive signs had continued throughout the first part of this year.

“The market has been uncertain as to apartment demand, whereas now people are more confident.

“It’s the quality projects that are really well located in terms of area and access to amenity that are meeting the market and proceeding to development.”

The latest data from Urbis shows there are 35 projects under construction across Perth, containing 3,517 apartments. While this number is down compared with the same time last year, the number of projects likely to commence (those currently in presales) had almost doubled.

“Perth has had the longest period of real estate downturn we’ve seen in some time,” Mr Cresp told Business News.

“We’re now starting to come out of that, but at the same time, 2017 saw a high number of apartment buildings completed.

Urbis recorded 2,905 apartment completions during 2017, the most it has delivered in three years.

“While conditions have not been great for developers over the last few years, we don’t think that there is a structural oversupply of apartments,” Mr Cresp said.

“And to provide the infill and housing diversity that Perth needs, continuing to provide apartment supply will be vital.”

State land agency LandCorp has been a key facilitator in opening up infill locations.

Development is under way at its Claremont on the Park precinct, and subdivision and sales have been launched at Parkside Walk in Jolimont and Montario Quarter in Shenton Park.

LandCorp chief executive Frank Marra said partnering with developers enabled the agency to deliver a diverse range of density options. Oryx Properties was the latest developer to buy into Claremont on the Park with plans for an aged-care facility co-located with assisted living and childcare.

Iris Residential (formerly TRG Properties) acquired sites in all three of these precincts in the past 12 months, and chief operating officer Tanya Trevisan said the group was planning to lodge development applications for these projects this year.

“We target high value established areas because they generally have low (apartment) supply,” she said.

Ms Trevisan said while the industry was generally more optimistic about the market, regulatory measures could encourage more uptake of apartment living.

“Both sides of politics have been talking about supporting and encouraging housing diversity and the infill agenda,” she said.

“Concessions for seniors and reforms for off-the-plan purchases in line with other states would be great.

“And I’d really like to see the government bring in some stamp duty reform.”

“If you buy a house-and-land package, you pay stamp duty on the land not the house,” he said.

“An apartment, you pay stamp duty on the finished product even though you contract when it’s a piece of land.

“It prejudices the infill agenda and it’s just a matter of evening out the playing field.”

International groups Far East Consortium and Fragrance Group, and local developers including Finbar, Blackburne and Edge Visionary Living are among the major players with a number of projects under way.

Edge Visionary Living managing director Gavin Hawkins said that, despite the market being reasonably difficult in the past few years, the team had developed a significant pipeline of work.

The group currently has two projects under construction, and another two planned for construction starts later this year.

“We believed in the emerging market of baby boomers so the cycle hasn’t really worried us,” he said.

“We saw (downsizers) as a bigger trend than a property cycle.

“The market has been relatively immature in apartment living and we saw a trend of people wanting a different type of accommodation as they age and retire that Perth didn’t deliver in the past.

“We’ve got about 700 apartments already in the market, so we’re probably ahead of the curve by 18 months. It takes time to catch up and we’re feeling like we’re well placed to deliver the right product at the right time.”

“We now have more projects under construction than we ever have in the history of the company,” Mr Blackburne, a former 40under40 First Amongst Equals, told Business News.

“I think it’s going to be a long time before the market returns to the strength it was at, but it’s improving and the market has always been good for well-priced quality product.”

Blackburne ranked as the second top developer for sales in the year to March 2018, according to Urbis.

While traditionally focusing on medium-sized developments, Mr Blackburne said imminent plans included taking on more projects of a larger scale in the 150 to 200-apartment range.

The group currently has three projects either under way or in presales, valued at $390 million.

“We had a choice of focusing on the east coast or New Zealand,” he said.

“Based on market trends and cycles, we chose Perth.

“By the time 2020 comes along we’ll have a couple of hundred apartments under development.”

The group’s Beach Shack project in Scarborough is one of the fastest selling projects of 2018, having already secured more than $40 million in presales.

“There’s sentiment that the market has bottomed,” Mr Wilson said.

“I believe the owner-occupier market will continue to expand.

“And investors will start getting back into the market.”

Stirling Capital managing director Luke Reinecke is also of the view that the market is set to improve and, like most developers, the company has taken the opportunity to increase its pipeline of projects.

“There are always cycles within cycles, and as long as we can get location and offering right we’re of the view that we will continue to sell,” Mr Reinecke said.

“We have a big focus on future proofing projects through things like sustainability.”

Stirling Capital’s $110 million Cirque development, within the Canning Bridge precinct, was the first apartment development in WA to achieve a Five-Star Green Star Rating from the Green Building Council of Australia.

Cirque will be the first of several major high-rise apartment developments planned for the area to reach completion in 2019.

“The quality of design that’s now coming out of this city is world class, as is the infrastructure being developed by the state government,” Mr Reinecke said.

“We recognise we’re by no means a booming market, but there are a lot of reasons to be optimistic that Perth is set for growth.

“And there are a large number of projects that have either failed to get off the ground or have been shelved by developers that have the ability to come back on the market.”

These include Golden Group’s plans for 4,500 residential apartments across multiple apartments at a 38-hectare site at Belmont Race Course, which it shelved in 2015 but has recently relaunched, announcing plans to start initial infrastructure work this year.