Property developers and industry groups say the state government’s move to extend the stamp duty rebate is a step in the right direction, but hope further reform will remain on the agenda. 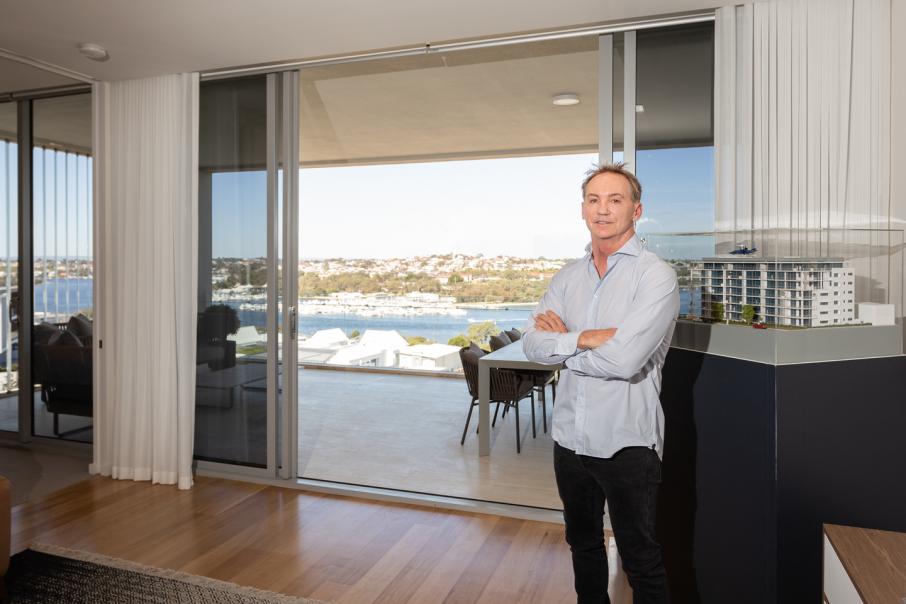 Gary Dempsey says the expansion of the stamp duty rebate is a step in the right direction, but further consideration was needed. Gabriel Oliveira

Property developers and industry groups say the state government’s move to extend the stamp duty rebate is a step in the right direction, but hope further reform will remain on the agenda.

Under the state government’s new $444 million ‘Building Bonus’ stimulus, the 75 per cent off-the-plan transfer duty rebate (capped at $25,000) will be expanded to include purchases in multi-tiered developments under construction, in addition to pre-construction contracts.

The expansion of the rebate scheme will be in place until December 31 2020 and the state government estimates it will cost about $8.2 million.

While local developer Gary Dempsey, the managing director of Gary Dempsey Developments, said the expansion of the stamp duty rebate was a welcome relief there were still a few components that needed to be ironed out.

“It’s a shame that it’s the builders and developers that have taken initiative to start projects (who) aren’t getting the assistance that perhaps projects that couldn’t get off the ground are getting.

“If they can look further and there’s some stamp duty relief for developers on projects where they’re holding stock that would be of great assistance too.”

Gary Dempsey Developments has several apartment projects in the pipeline with the final stage of Taskers, its North Fremantle waterfront development now under construction.

Mr Dempsey said he had previously had to offer up to $50,000 discounts on some of his apartment stock in order to compete with neighbouring developments that, at the time, qualified for the 75 per cent rebate while his project did not.

“The buyers knew (about the stamp duty rebate) and as far as they’re concerned they’re buying off-the-plan whether the construction had started or not.

“But no developer should (have to) discount his product by $1 million because of a state government announcement that’s supposed to benefit the industry - it shouldn’t benefit some or some projects at certain stages, not to the detriment of anyone else. “

“I’m sitting back waiting for that before we push forward with any other projects because we’re waiting to see the whole economy open up,” he said.

“It’s a positive move by the government in the right direction to cut the red tape for buyers, boost jobs and bring us more in line with the eastern states where stamp duty for off the plan developments is much lower as it’s only calculated based only on land value,” he said.

“Blackburne has experienced incredibly high demand from local owner occupiers due to the lack of supply in the areas we develop however we are always in support of making property purchases more affordable for West Australians.”

Meanwhile, the Chamber of Commerce and Industry of WA has called out the state government for not providing “a long-term fix to the challenges faced by WA’s residential and commercial construction sector.”

While the Chamber acknowledged the state government had already undertaken a range of planning reforms to improve the regulatory environment, it still had a way to go.

“It has so far however, ruled out meaningful tax reform that could stimulate the economy, including the proper investigation of how a shift from stamp duty to a broader-based land tax might occur,” it said in a statement issued this morning.

“The current emphasis on a transactional stamp duty tax not only undermines the residential construction industry, it makes it more costly to move. This imposes an unfair burden on people with lower incomes, who are more likely to need to move multiple times in their lives to be nearer to schools and work.

“There is a real opportunity for further reform to build a more competitive and sustainable economy, without which more stimulus packages will be needed in future to prop up the pipeline of temporary work for the construction industry.”

The Real Estate Institute of Western Australia has expressed disappointment with both the federal and state government’s recent building schemes, saying both governments have “failed to address the biggest impediment to job creation”, hurting those who can afford it the least.

REIWA president Damian Collins said the institute understood the scheme was aimed at providing short-term jobs at a crucial time but that both governments had missed an ideal opportunity to undertake critical tax reform.

“While the scheme will create short-term jobs and help people get into homes in WA, the remaining 99 per cent of West Australians who won’t get to utilise the scheme, are still potentially lumbered with stamp duty if they want to buy a property,” Mr Collins said.

Under the federal government’s HomeBuilder’s package, $25,000 grants are only available to house-and-land packages worth up to $750,000 and renovations valued at $150,000 or more.

Mr Collins said the state’s Building Bonus package was “better than the federal scheme” as it was available to more people, but that it still did not address the barriers to moving that many people encountered.

“Perth outer suburbs such as Ellenbrook and Baldivis suffered the most during the downturn, with many people who purchased house-and-land packages in these areas now in negative equity and suffering mortgage stress,” Mr Collins said.

“Just when things were picking back up, home sellers in the outer suburban areas will find themselves potentially at another $45,000 disadvantage compared to a new build.

“This could have serious ramifications for their financial position and at the very least, the state government should consider providing stamp duty relief in the short-term for buyers in these suburbs, so that the financial impact is minimised.”

REIWA pointed to how numerous studies had shown how the removal of stamp duty created significant economic activity and anticipated the benefit to the WA economy could be as much as $1 billion per annum.

“While the scheme will have a short-term boost to the economy, post 31 December 2020 we will be back in the same position, with stamp duty blocking upwards of a billion dollars of activity and thousands of jobs annually,” Mr Collins said.

“With Victoria and New South Wales focused on getting rid of stamp duty, there has never been a better time for WA to also consider its removal to help boost jobs and the economy.”