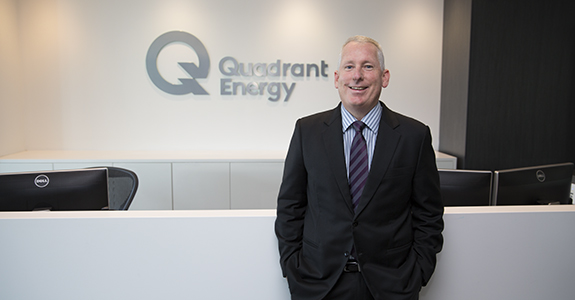 Quadrant is the new name for the Perth-based oil and gas business previously owned by US-based Apache Corporation.

The sale transaction was formally completed on Friday, with the final price being $US1.9 billion ($A2.5 billion) – Apache said this was net of $US225 million in customary, post-closing adjustments for the period between the effective date, October 1 2014, and closing.

The inaugural chair is Melbourne-based Kate Vidgen, who is global head of principal investments in Macquarie Capital’s resources group.

Macquarie, which will own about 30 per cent of Quadrant, is also represented on the board by Robert Dunlop.

AMB Holdings, which is understood to have bought about 20 per cent of Quadrant from Macquarie, will be represented by Perth-based executive chairman Michael Ashforth, who previously worked for Macquarie.

Brookfield, which has a 50 per cent shareholding, will have three board representatives – Len Chersky, Jim Reid and Jeff Kendrew.

The business will continue to be led by chief executive Brett Darley, who joined Apache Energy in 2012 and was appointed managing director and region vice president in July 2014.

Mr Darley said he had retained the executive team that ran the business under Apache’s ownership.

He told Business News the new owners were attracted to Quadrant’s current assets, its team of 700 staff and contractors, and its growth plans.

Quadrant supplies more than 40 per cent of Western Australia’s domestic gas, through its interests in the Devil Creek, Macedon and Varanus Island gas plants.

It also has interests in several producing oil and gas projects offshore WA, including the Pyrenees, Ningaloo Vision and Stag operations.

Mr Darley said exploration will remain a major focus for Quadrant, with plans for its biggest-ever seismic program and drilling on the Levitt prospect and Roc-1, associated with the recent Phoenix discovery, in the Carnarvon Basin scheduled to be undertaken in the second half of this year.

It is also continuing with commissioning of the Coniston project.

It said the brand seeks to embody the process of continual review and renewal, and the lifecycle of connecting elements that create energy – to explore, appraise, develop and operate.