Perth oil and gas explorer Antares Energy has responded vigorously to claims by one of its major shareholders that it lacked transparency around a major deal and the disclosure of directors’ interests. 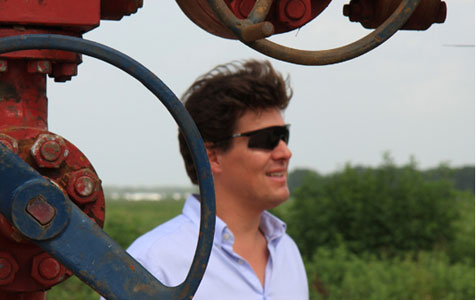 Perth oil and gas explorer Antares Energy has responded vigorously to claims by one of its major shareholders that it lacked transparency around a major deal and the disclosure of directors’ interests.

US-based Lone Star Value Investors demanded an explanation from Antares’ board of directors regarding trading activity by its chief executive and one of its directors, as well as the timing of its recent convertible notes issue. The investor said it has made a complaint to the Australian Securities and Investments Commission.

Lone Star said it was particularly concerned that the timing of the convertible notes may have given “unknown parties” significant voting power close to the company’s annual meeting.

Lone Star, which has a 6 per cent shareholding in Antares, said it was seeking the election of five independent directors, including the company’s founder Jeff Eberwein, and the removal of two employee directors at the July 22 general meeting of Antares.

Lone Star said it regarded Antares director Gregory Shoemaker’s purchase of shares in the company just over a week before the announcement of asset sales on July 7 2014, which led to a 27 per cent increase in the share price, as lacking transparency.

The company also said it asked for disclosure of the recipients of the recent $19.5 million, 10 per cent convertible note offering on June 24 2014, but claims it did not receive a response.

Antares returned fire today by posting a corporate history presentation on the ASX, which outlined placements, asset sales, share purchase plans and buy backs dating back as far as August 2008.

Antares also made note that it had produced share price growth of 855 per cent over six years, representing 140 per cent per annum, and stated that, “no director in the history of Antares has ever sold a share”.

Business News BNIQ data from Morningstar shows Antares has a five-year TSR averaging10 per cent per annum and a one-year TSR of 13 per cent.

“It is unacceptable that the vote at the upcoming July 22 general meeting should be corrupted by misinformation, potential quid pro quo vote procurement in exchange for valuable convertible notes, and the omission of critical information.”

On July 3, Antares put Lone Star on notice regarding defamation.

“We believe it is important that Antares shareholders receive factual information on which to base their decisions,” Antares chief executive officer James Cruickshank said.

“Lone Star is seeking to get effective control of Antares by installing five of its nominees onto the Antares board and removing two existing directors.

“This could deliver effective control of Antares to Lone Star without shareholders receiving an offer for their shares or a premium for control.

“If Lone Star wants control, they should make a cash on the market bid available to all shareholders at a premium.”