Gold explorer Anglo Australian has received commitments to raise $5.5 million through a share placement to fast-track exploration at its wholly-owned Mandilla project in Western Australia. 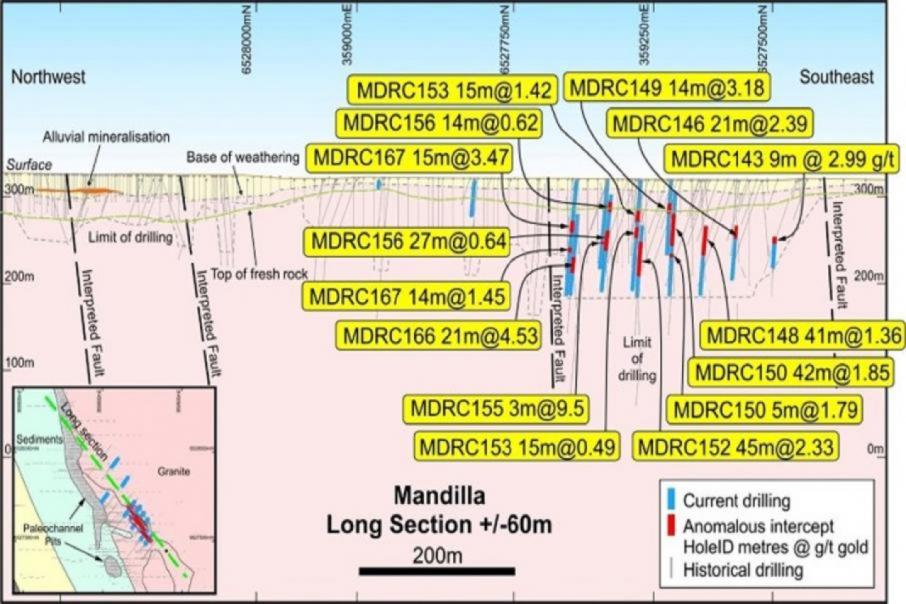 The Mandilla project is located about 60 kilometres from Kalgoorlie. Photo: Anglo Australian Resources

Gold explorer Anglo Australian Resources has received commitments to raise $5.5 million through a share placement to fast-track exploration at its wholly-owned Mandilla project in Western Australia.

Anglo said it would use the funds to begin around 30,000 metres of reverse circulation and diamond drilling later this month, and to calculate a mineral resource estimate for Mandilla east in the second half of 2020.

The proceeds raised will also go towards metallurgical testwork and future feasibility studies, as well as for government approvals.

Anglo will issue 55 million shares at 10 cents per share, with Canaccord Genuity acting as lead manager to the placement.

The Mandilla project is located about 60 kilometres from Kalgoorlie.

“The proceeds will allow us to embark on an aggressive drilling program with the aim of unlocking the true potential of this exciting gold discovery,” he said.

“With the infill and extensional drilling expected to run continuously for most of 2020, our objective is to deliver a robust maiden JORC resource in the second half of this year that will underpin the company moving forward.”

In 2006, Anglo mined the Mandilla West paleochannel and produced around 23,000 ounces of gold.

Shares in the company closed down 14.8 per cent to trade at 12 cents per share.