Analysts, investors at odds on ore

Investors are betting the experts have got it wrong when it comes to forecasts for the price of iron ore. 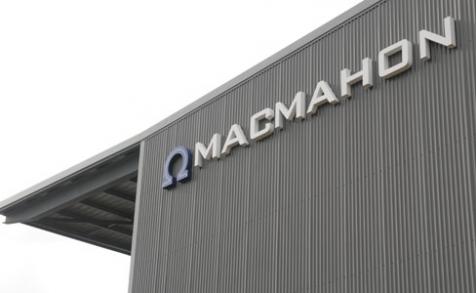 Why visit Perth’s Crown Casino when there’s a much more interesting game of chance being played in Western Australia’s most important industry, with big bets and even bigger reputations riding on the price of iron ore.

Thousands of mum and dad investors are wagering that the iron ore price will stay higher for longer, as they continue to buy shares in their local favourites such as Fortescue Metals Group, Atlas Iron, Mt Gibson, and BC Iron.

Putting their reputations on the line are some of the world’s top iron ore analysts such as Tom Price and Glyn Lawcock from the Swiss investment bank, UBS, Lyndon Fagan from JP Morgan, and Andrew Shaw from Credit Suisse, who argue that the iron ore price is poised for a substantial fall.

If investors are right and the iron ore price stays at somewhere close to its current $US131 a tonne they will win the game, possibly make a bit of money, and certainly make the big-name analysts look out of touch.

If the big-name analysts are right, and the iron ore price falls, quite a few Perth investors are going to feel a lot poorer.

To say the ‘market-jury’ judging the iron ore market is undecided is an understatement, because it has been undecided for the past three months, which is when the experts started forecasting a sharp fall in the price, much as happened in September last year.

The heavier than expected restocking by Chinese steel mills has prevented the widely predicted fall, which has, in turned, lured investors back to the casino, sorry, stock market.

But as each day passes and the iron ore price refuses to obey the forecasts of the experts, the chances of a spectacular price collapse becomes more likely.

That’s why everyone invested in iron ore should think very carefully about trimming their exposure by selling now and buying back later, after the fall, because whether you subscribe to the argument of the experts or not, they are handsomely paid to correctly forecast future trends.

Last week’s observations by the professionals included comments from Credit Suisse that it expects the iron ore price to average $US115/t over the rest of 2013, and to then fall to $US104/t in 2014, and then down to $US90/t – which is where it will stay for many years.

JP Morgan downgraded most commodity prices in a major review of metals and minerals, but stuck to an already conservative forecast for iron ore of an average of $US115/t next year, falling to $US105/t next year, $100/t in 2016, and then a long-term price of $US80/t

UBS went even further, forecasting a severe short-term price collapse to as low as $US70/t sometime over the next six week, with Mr Price (arguably the world’s most closely-followed iron ore analyst) saying the chances were high for a sudden price decline that was “likely to cause panic among some equity investors”.

If correct, and panic selling does occur, the other UBS analyst, Mr Lawcock, told the Australian Financial Review newspaper that it would create an ideal buying opportunity.

“We regard that (panic selling) as a buy opportunity because the backdrop doesn’t change and the average price for this year and next year shows a level where all existing producers can still make money,” Mr Lawcock said.

He said the price slump to as low as $US70/t, if it occurs, would only last a few days, with UBS maintaining its forecast of an average iron ore price this year of $US120/t, before starting a slide that will take it to $US110/t next year, and then down to a long-term price of $US72/t in 2016.

So far, the big-name analysts have been wrong with their gloomy forecasts, which has been a factor in some investors loading up on iron ore miners.

The question now is whether the professionals will remain wrong for much longer.

Annual meeting season is under way, and while most are stunningly boring affairs (having had all life sucked out of them by rigid corporate laws) there might be some fireworks at a number of Perth’s better known ASX-listed companies.

Property developer Peet, shipbuilder Austal, and engineering contractor Macmahon are among a select group of companies with ‘grouchy’ shareholders who have the power to this year force all directors to stand for election in a process called a spill of positions.

Shareholders in the three local companies, and seven more in other states, have the right to dump all directors and call for a poll because last year more than 25 per cent of eligible votes were against the directors’ remuneration report – the so-called ‘first strike’ under new corporate laws.

If there is a second strike this year and 25 per cent of votes again reject the recommended rates of pay for directors, it’s ‘everyone out’ and a fresh poll for all positions.

Peet’s remuneration report was accepted by 88.9 million votes and rejected by 58.1 million.

Austal’s remuneration report was accepted by 52.6 million votes and rejected by 43.2 million.

If shareholders exert their right to spill the boards of Macmahon, Peet and Austal they are unlikely to achieve anything more than a pyrrhic victory that only embarrasses current directors who are highly likely to be re-elected in a fresh poll – with shareholders paying for the privilege of the event.

Australia's nickel producers are remarkably chipper despite being hammered flat by low prices and chronic oversupply, with a surprise outbreak of optimism at an industry conference in Perth last week.

What seems to have put a spring in the step of nickel miners is the promise of production cutbacks by some of the biggest producers, such as Russia’s Norilsk Nickel, and an upbeat report on the local sector by Macquarie Bank.

Two headlines in the Macquarie report tell the story best: ‘Emerging from the darkness’, and ‘Nickel prices turning the corner’. Fingers crossed.