It’s likely more nickel operations will need to be closed before there’s any improvement in prices for the steel-making commodity. 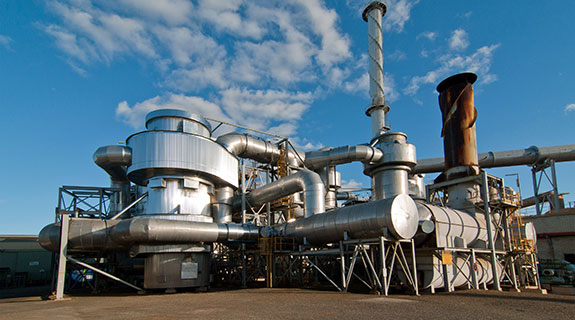 It’s likely more nickel operations will need to be closed before there’s any improvement in prices for the steel-making commodity.

A plummeting nickel price is jeopardising the viability of many mines operating within Western Australia’s 50-year-old nickel sector, and may even threaten the existence of the industry itself.

Small, high-grade mines, such as Independence Group’s new Nova development and the Forrestania mine of Western Areas, should be able to ride out the storm, which has driven nickel prices down from $US13 a pound five years ago to $US3.50/lb earlier this week.

But much bigger mines, such as Glencore’s Murrin Murrin project, First Quantum Minerals’ Ravensthorpe mine and the oldest of them all, BHP Billiton’s diverse Nickel West business, which operates mines, a smelter and refinery, face a grim future without a higher price.

Close observers of the nickel market have hinted at a price improvement, but they are only hints generated by the closure of small mines in WA and overseas (and the potential closure of financially stressed projects such as Clive Palmer’s one-time flagship, the Yabulu refinery in Queensland).

Much deeper cuts are required for the supply and demand factors in the nickel market to rebalance, because all that’s happened so far is the removal of about 2.5 per cent of global production at a time when global demand, led by the flagging Chinese steel industry, has dropped by about the same amount.

In other words, as fast as mines such as Mincor’s Miitel and Mariners projects near Kambalda, and the Savannah mine of Panoramic Resources in the Kimberley have been put in mothballs, an equivalent fall in demand from the steel industry has offset what might have been a gain.

The net result is the nickel market remains grossly oversupplied with at least one, and perhaps more, of the world’s biggest mines to be closed; and that list of big potential closures is led by WA’s big three – Murrin Murrin, Ravensthorpe and Nickel West.

An indication of the tough times facing the nickel business is the estimate by Panoramic Resources chief executive Peter J Harold that between 70 per cent and 80 per cent of the world’s nickel is being produced at a loss.

“I thought we had seen the worst last year,” Mr Harold said. “The issue at the moment is around the uncertainty; we just don’t know what nickel is going to do.”

Mincor Resources managing director, David Moore (who will move to a non-executive director position on February 29), said the nickel industry was in the middle of a global commodity sell-off, which had turned ferocious since the start of 2016.

“The outlook among those who invest in base metals (a group that includes copper, zinc and nickel) is gloomy at the moment,” Mr Moore told Business News.

He described the decision to mothball the Miitel and Mariners mines as a step that prevented the “waste of good ore”.

The nickel market, which might have been expected to react positively to the closure of three mines operated by Panoramic Resources and Mincor, actually did the opposite – the price fell further.

On January 27 when the local closures were announced, the nickel price on the London Metal Exchange was $US3.89/lb; this is US20 cents more than today and a measure of how the market wants bigger cuts to production to offset signs of a weakening global economy, which means an even deeper reduction in demand for stainless steel, the primary use of nickel.

Two graphs (and a table) on these pages tell the nickel story better than words.

The first shows the nickel price over the past five years, a period that includes an increase in shipments of low-grade nickel ore directly from Indonesia to China to produce a semi-processed material called nickel pig iron (NPI), a new business that flooded the market with surplus nickel.

The second graph shows the steep increase in the stockpile of nickel in warehouses operated by the London Metal Exchange. From around 100,000 tonnes in 2011 and 2012 the stockpile grew to more than 450,000t by April last year, and has remained close to that inflated level ever since.

The table is from the International Nickel Study Group (INSG), an organisation that brings together nickel miners and governments and publishes a range of statistics about the industry, including annual global production and consumption.

INSG’s most recent report covers 2014, when global nickel production totalled 1.99 million tonnes, 120,000t more than consumption of 1.87mt. That surplus material found its way into the London Metal Exchange and other stockpiles, where it forms a cap on the price.

The 2015 result is likely to have produced a similar surplus, but the real problem is that the past two years of excess material heading for a stockpile is that a similar picture of production exceeding consumption can be seen in 2013 and 2012, with 2011 the last year when supply and demand were close to being matched (see table).

Too much nickel being delivered into an already overfull market has produced the inevitable result of a price crash.

What happens next is critical, because without a meaningful reduction in supply the price will struggle to rise above $US4/lb, meaning that most of the world’s nickel will continue to be produced at a loss – until big producers are forced to close.

The situation with Ravensthorpe is an example of how one of WA’s biggest producers, with an annual capacity of more than 30,000t a year, is struggling.

Total production costs at the mine, which was developed by BHP Billiton but closed because it was unprofitable, have been running at close to $US6/lb, a number inflated by problems in the production process but still alarmingly higher than the current nickel price.

For the WA government, which is budgeting to receive around $60 million in royalty income from nickel production this year, the worldwide overproduction that has triggered the price crash could not come at a worse time – even if the nickel royalty pales alongside the $1 billion collapse in iron ore royalties.

Having just suffered a credit rating downgrade, a fall in another source of income will accelerate demands for more asset sales or more spending cuts, or both.

What happens over the next few months (or sooner) could be critical for the state’s nickel industry as it sweats on the closure of mines elsewhere, such as high-cost operations in Canada and on the Pacific island of New Caledonia, which has a big nickel industry and is in the process of receiving French government assistance.

Staying alive, which is what most nickel miners are attempting to do, does not help the price; it simply means more metal is delivered to stockpiles, which prolongs the agony.

There will be tough decisions taken as this unpleasant situation threatens to drag on, even if it means hugely expensive closure costs, such as the estimated $1 billion environmental clean-up bill at Yabulu if it closes, and a similar charge if BHP Billiton closes Nickel West.

The irony of the situation is obvious. Loss-making projects such as Yabulu, Nickel West, Murrin Murrin and Ravensthorpe continue to churn out unwanted nickel because the closure cost is higher than the likely annual loss – though by staying in production the operating loss continues to mount.

Some investment banks can see a positive trend emerging in nickel later this year. Credit Suisse greeted the closure of the Votorantim mine in Brazil and the small closures in Australia as a pointer to a possible change in investor sentiment.

But the bank’s analysts also noted that closures to date were small beer, with much more required before the nickel price could recover.