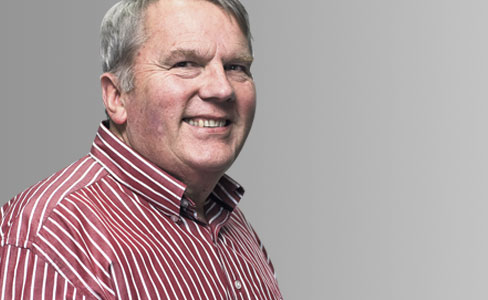 It’s an odd day when people selling something say the price will be cheaper tomorrow, but if you think about what has been happening in the market for WA’s most important commodity export, iron ore, that’s exactly what’s just happened.

Normally, it is the job of people like Walsh and Power to talk up the price of what they’re selling so their comments about a price fall indicate that either they are out of touch with the businesses they run, or the iron ore market is unbalanced.

Given that both men have access to excellent market intelligence the correct answer to that question is that a sharp price fall could be just weeks away -- not that investors seem to be taking their predictions seriously.

The same “unbalanced” charge might also be levelled about the value of something even more important than iron ore – the Australian dollar.

On a day when the country posted its biggest trade deficit in four years the value of the Australian dollar rose back above $US1.05.

In normal circumstances, the $2.64 billion deficit for November, reported today by the Australian Bureau of Statistics, would see the dollar fall.

It’s stating the obvious to say that these are not normal times, a point reflected in yesterday’s survey of business confidence in WA which slumped to its lowest since the 2008 global financial crisis.

Mixed signals from important markets, including iron ore and the dollar, lie behind the concern about the future being felt in WA business with just 13 per cent of companies surveyed expecting an economic improvement in 2013.

Over the four weeks from early December Atlas Iron rose by 48 per cent, BC Iron rose by 31 per cent, Gindalbie rose by 62 per cent and Grange Resources rose by 81 per cent.

In some cases, particularly Grange and Gindalbie, the recent share price strength has been as much about recovery from being over-sold by investors concerned about project risk and high debt levels.

But, a portion of the remarkable share price rises will have been caused by a strong increase in the iron ore price which is up from a crisis level of $US86.90 a tonne in September to recent sales at $US153/t.

That latest price is close to the boom-time highs of $US180/t reached in 2011 and it would be reasonable to expect mining company chief executives such as Walsh and Power to be celebrating.

That they are not celebrating, but warning of a future iron ore price fall, should be seen as a reminder that much of what’s happening in iron ore, the dollar, and the wider Australian economy, is being influenced by unusual factors.

Iron ore, for example, is being driven partly by Chinese steel mills re-stocking after allowing their reserves to fall too low, and partly by a rush to beat possible port closures during the annual southern hemisphere cyclone season.

The dollar is being driven by continued weakness in the U.S. dollar caused by that country’s seemingly intractable debt problems meaning that it’s more a case of the U.S. dollar falling than the Australian dollar rising.

Whatever is influencing  the market for iron ore and the dollar it might be wise to see both sitting atop a short-term “spike” with the real downward trend yet to emerge.

With iron ore Walsh has avoided tipping a future price, merely noting that “we’re seeing an unusual situation at the moment … that I’m sure will settle down after the cycle season”.

Power is more pointed. He expects short-term volatility but for the price to “settle around $US120/t” – a level which represents a 21.5% fall from where it is today.

With WA’s principal iron ore salesmen forecasting a price fall, and the dollar going up when it should be going down, it is easy to understand why most WA business managers are confused about the outlook and expecting a difficult 2013 – and that’s before considering the double dose of election fever which will further cloud the year.