If Australia was a shop, the owner has just hung out a sign saying “closed until after the election”, a point driven home by instability at the highest level of government, the latest ludicrous attempt to boost manufacturing, and more so because no-one in business has dared criticise the loopy plan. 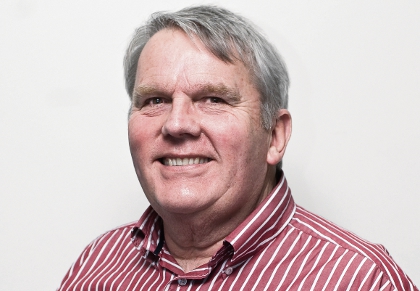 If Australia was a shop, the owner has just hung out a sign saying “closed until after the election”, a point driven home by instability at the highest level of government, the latest ludicrous attempt to boost manufacturing, and more so because no-one in business has dared criticise the loopy plan.

There are many issues at work in the cocktail of trouble brewing in the domestic economy but perhaps the biggest is that Australia has embarked on a long march to the election, a time when traditionally few important decisions are made, such as whether to invest and employ extra staff, or not.

Most previous elections have involved a campaign period lasting 40-to-50 days with government going into caretaker mode and business doing the same just in case there is a change on polling day and new rules are quickly trundled out by a new government.

As at today there are 207 days to the election with evidence emerging that important business and investment decisions are being deferred, and normally outspoken business leaders have retreated into their foxholes to avoid becoming political canon-fodder.

First piece of evidence that all is not well in the Australian domestic economy came late last week when the latest national advertising figures were released. While not a complete reflection of the way the country is performing a 5% fall in the total advertising spend was sending a strong signal because advertising is a forward-looking indicator.

It was on top of this softening of the economy that the Prime Minister, Julia Gillard, announced the country’s longest-ever election campaign and while she insists it is not a campaign that is precisely what it is, starting with the potential for her job being up for election long before the official September 14 polling date.

Instability was piled on instability by two more developments in recent days, including a public opinion poll which revealed a spectacular plunge in support for Gillard, and an even more precipitous collapse in support for her government.

That poll, which put the government’s primary vote at just 30% of the electorate, and Gillard below Opposition Leader, Tony Abbott, as the preferred Prime Minister, has sparked rumblings for change even by Gillard’s backbench supporters.

Then came the manufacturing plan which is so blindingly stupid that if it wasn’t for the fact that the country is in a pre-election shut-down period would have been savaged by industry leaders.

What Gillard has proposed in her attempt to ensure the support of her rusted-on, blue-collar base of supporters, is to slash tax incentives for research and development investment (one of the worst decisions ever made by an Australian government) and install one of her civil servants in the office of every company undertaking a project costing more than $2 billion.

The idea is that this new breed of “Australian Industry Opportunity Officers” will encourage project developers to buy from local manufacturers and suppliers rather than shopping overseas.

It sounds cute, but it will never work for the obvious reason that all project developers already seek local participation but often find that the local materials and services are either too expensive because of Australia’s high labour costs and long internal lines of transport, or because the local manufacturer cannot meet the international standards demanded on major projects.

It beggars belief what an Australian Industry Opportunity Officer will actually do apart from hang signs around his workplace bearing slogans such as “buy local”.

The killer, however, which really makes the point that Australia has gone into caretaker mode until after September 14 was the failure of industry leaders to point out the obvious flaws in the manufacturing plan.

Search as you will for a business leader to speak his mind on the Prime Minister’s plan and you will find precious few, save perhaps Mitch Hooke from the Minerals Council who said nothing could be gained by “embedding public servants inside companies”.

But after that came a long list of no comments, or words to that effect. Telstra said it was “assessing the potential impact of the plan”. Commonwealth Bank and Leighton said they wanted to see the details.

Behind those weasel words about assessing the plan and waiting for detail is the key point. No-one in business is going to enter a debate over government policy during an election campaign, even one which has almost seven months to run.

And very few people in business are going to make major investment decisions until after polling day – and that’s the real tragedy for the country.