Gindalbie Metals has progressed its relationship with AnSteel, today announcing the appointment of two more representative from the Chinese entity to the board.

Gindalbie Metals has progressed its relationship with AnSteel, today announcing the appointment of two more representative from the Chinese entity to the board.

Yu Wanyuan and Chen Ping, both senior executives within AnSteel, have been appointed as non-executive directors along, joining existing director Wang Heng.

The appointments follows the receipt of final Chinese regulatory approval for AnSteel's $162 million placement to Gindalbie, which will go towards the $1.8 billion Karara iron ore joint venture in the Mid West.

Gindalbie Metals Limited (ASX: GBG - "Gindalbie") is pleased to announce the appointment of two new non-executive Directors to its Board as representatives of its major shareholder and joint venture partner, Anshan Iron and Steel Group Corporation (Ansteel).

The appointments - of Mr Yu Wanyuan and Mr Chen Ping, both of whom are senior executives with the leading
Chinese steel and iron ore company - have been made as part of the $162.06 million share placement to Ansteel,
which is in the process of being completed.

Mr Yu is currently Vice President and Chief Financial Officer of Ansteel and Manager of Ansteel Finance Company,
positions he has held since 2001. He was previously Assistant General Manager and Deputy Chief Accountant with
Ansteel and, before joining the Group in 1998, held a number of senior academic and management positions at the
Northeastern Institute of Technology in China.

Gindalbie's Chairman, Mr George Jones, welcomed the new appointments. He said Mr Yu and Mr Chen, who
together with the existing non-executive director Mr Wang Heng make up Ansteel's representation on Gindalbie's
nine-member Board, would further strengthen the depth of expertise at Board level and cemented the relationship
with Ansteel.

"The Gindalbie Board is now exceptionally strong across the key areas of technical, financial and legal," he said.

"We already have a strong relationship with both Mr Chen and Mr Yu at executive level within Ansteel and we look
forward to continuing to work closely with them in the months and years ahead," he said.

"Mr Chen, in particular,
has a long history with Karara, having been part of the original Ansteel party that visited the project in 2005 and
recognised its significance and potential." 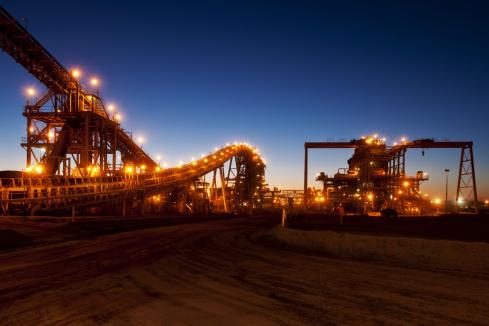