The Supreme Court has rejected the final bid from Perth mining executive Derek Ammon to have the Raffles Hotel bar closed at night over noise complaints. 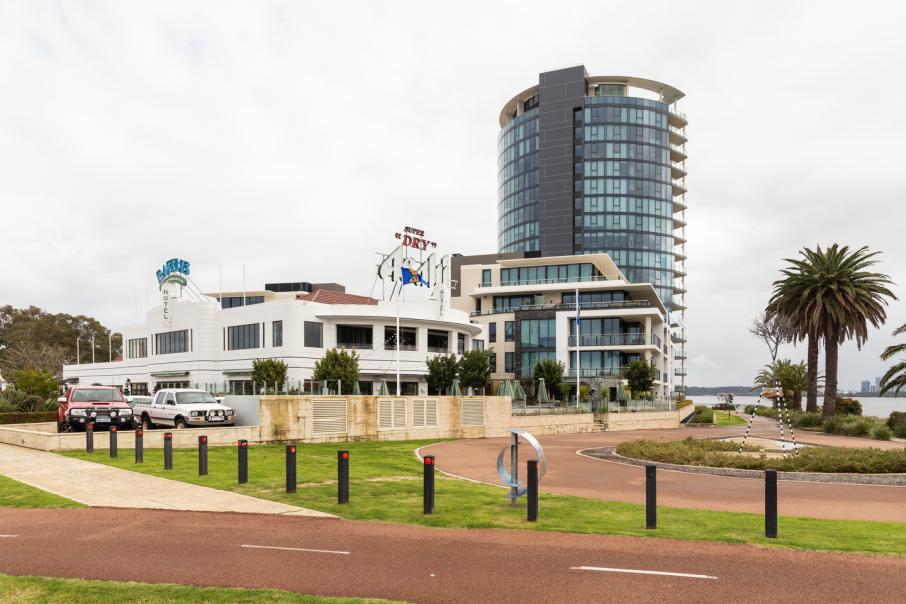 The Supreme Court has ruled the level of noise from the hotel is reasonable and does not interfere with Mr Ammon’s beneficial use of his apartment.

The Supreme Court has rejected the final bid from Perth mining executive Derek Ammon to have the Raffles Hotel bar closed at night over noise complaints.

Mr Ammon, who is the founder and director of Iron Ore Holdings, had previously sought an injunction against the bar’s owner Colonial Leisure Group in 2017 to restrain the playing of music between certain hours during the week.

He claimed the crowd noise from the hotel’s beer garden and loud music from the upstairs bar known as the Riverside Room was affecting his health and comfort.

In 2018, Mr Ammon’s appeal was dismissed on the basis that the noise levels were not a substantial and unreasonable interference with his comfort and enjoyment of the apartment.

Master Craig Sanderson had originally ruled that Mr Ammon could have anticipated noise from the hotel, built in 1896, when he purchased the apartment in 2008 for $2.7 million.

“To now seek to shut down the operations of that hotel, even to the limited extent now sought, is not in my view appropriate,” Master Sanderson said.

Mr Ammon’s apartment is located on the east side of the block, overlooking the Raffles Hotel beer garden and sitting near the upstairs Riverside Room.

The hotel was built in 1896 and sits on the banks of the Swan River near to Canning Bridge.

In August, Mr Ammon appealed the decision from Master Sanderson based on several claims including the loss of most of his apartment due to loud noise permeating through most rooms, and the impact on his ability to read and sleep.

Mr Ammon said he has to use “industrial strength headphones” so he can read and sleep before the hotel’s closing time, which is 12am.

However, Master Sanderson has ruled the level of noise is reasonable and does not interfere with Mr Ammon’s beneficial use of his apartment.

He said despite expert advice indicating the noise did exceed regulations, crowd noise and music are associated with the common and ordinary use of a hotel, and was expected.

"Whilst Mr Ammon said that 'peace and quiet was very important' to him and 'uppermost' in his mind when he was looking at purchasing the apartment, he purchased an apartment near the intersection of two extremely busy highways next to a hotel," Mr Sanderson said.

He added there was a significant absence of noise complaints from other residents in the apartment building, given that some of the apartments are just as close to the bar, suggesting Mr Ammon’s experience of the noise is subjective.