Building upgrades in the Perth CBD are bringing the city’s workplaces in line with the best offices available worldwide. 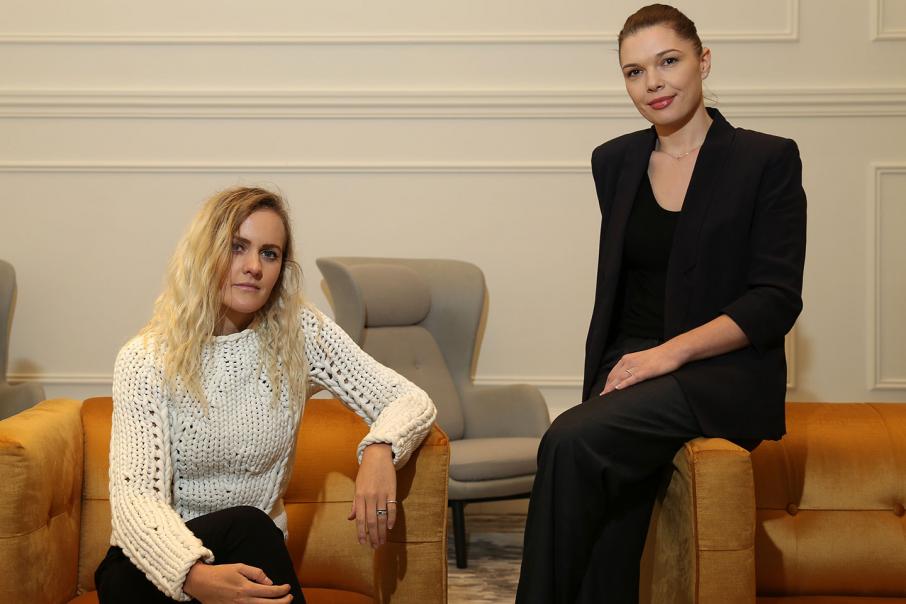 Tenille Teakle (left) and Melanie Porrins have been involved in more than $150 million worth of building upgrades in the past four years. Photo: Philip Gostelow

Building upgrades in the Perth CBD are bringing the city’s workplaces in line with the best offices available worldwide.

Landlords in the Perth CBD are continuing to reposition and redevelop office buildings, amid a slowing pipeline for new commercial developments.

The upgrades are occurring largely in prime office stock along St Georges Terrace, with the work driven not only by intense competition for tenants, but also a significant evolution in workplace design.

Business News reported last year that plans for more than $350 million worth of building refurbishments had been lodged for approval in 2016, a trend that is continuing into 2017.

Work has recently begun on a comprehensive upgrade of the forecourt at QV1, comprising a range of premium food and beverage retailers, while construction is well advanced at Allendale Square, where owner Mirvac Group is spending $20 million on a revamped retail offering that will include two flagship restaurants.

The next buildings in line for an injection of amenity include Perth’s tallest structure, Central Park, where global architecture firm Woods Bagot is formulating plans for a comprehensive upgrade of the 48-level tower’s ground floor, and Alluvion on Mounts Bay Road, which is one of Perth’s newer buildings, having been built in 2010.

“Perth is a city that’s growing up, and a lot of the older stock that was built in the 1970s and ’80s has reached the end of its lifecycle,” Ms Teakle said.

“But most of the buildings being upgraded are A or premium grade, because those are the landlords with more capital to invest.

“They probably see that, in the competitive market we have now, A-grade and premium-grade buildings are going to get leased first.”

Woods Bagot has been a party to much of the repositioning work, having been involved in more than $150 million worth of upgrades in the past four years.

The international design and architecture firm has been increasingly busy along the Terrace, with building upgrades at Parmelia House, London House, Exchange Tower and 225 St Georges Terrace prominent parts of a bulging portfolio.

Woods Bagot associate Melanie Porrins said a common theme among the upgrades was the addition of hospitality and resort-like amenity to buildings to attract and retain tenants.

“We are seeing a lot more end-of-trip, upgraded lobbies that are almost like business lounges, integrated cafes as well, all to make their tenants feel like they are at home in the building,” Ms Porrins said.

“Generally there is a real blur these days between work and lifestyle, and it’s also about people enjoying space and activating space.

“It used to be that if you worked in a particular building, you’d just go into the lobby, up the lift and to your level.

“Whereas now, it’s much more of an enveloping experience – spaces are more usable and people external to the building are quite free to use them as well.

“It’s just playing a role in that activation and the blurring of lines between work and lifestyle.”

Ms Teakle said there was also a significant evolution occurring in end-of-trip facilities, which had until recently been designed largely with bicycle commuters in mind.

“It’s now more than the end of a journey – you can use them even if you don’t ride a bike,” Ms Teakle said.

“I think that’s the next era in thinking, that these areas are going beyond that and they support movement and activity throughout your day.

“Even if you just want to go and get dressed for a dinner after work, go and have a shower and put your lippy on, all of these services support staying in the city and enjoying the amenity.

“It doesn’t necessarily have to connect back to riding your bike, that’s just one component of that type of facility.”

Ms Teakle described the wave of redevelopments as a domino effect, with landlords realising if the building next door was being revamped, they would have to improve their offering to retain or attract tenants.

At Exchange Tower, Ms Teakle said Woods Bagot had been working closely with AMP Capital, Primewest and leasing agent Knight Frank to ‘reimagine’ the whole asset, a process that started five or six years ago.

The redevelopment work, which includes two bike stores, a hotel-like end-of-trip facility, a conference centre, upgraded lifts and lobbies and a new forecourt area, has proved a successful strategy for the building’s owners.

As recently as 2013, a half stake in Exchange Plaza, as it was then known, was on the market, but the building’s leasing profile was seen as a major impediment to a possible sale.

Since then, after Primewest bought half of the building, Exchange Tower has been able to attract a raft of new tenants, including accounting firms RSM and Moore Stephens Perth, Fujitsu and Arup, taking its occupancy to more than 95 per cent.

“There is really not one part of the building that we haven’t touched,” Ms Teakle said.

“We’ve looked at several different master plans, we’ve helped the client try and make different tenants fit, we’ve looked at childcare and gyms, all of these things that help give them a point of difference.”

Office landlord Hawaiian has also had some recent leasing success following a building upgrade at London House, which comprised new end-of-trip facilities, an open-air carpark and a state-of-the-art gymnasium available for all the building’s tenants.

However, Ms Porrins said attracting new tenants was not the only reason to reposition a building.

She said redevelopment work at 225 St Georges Terrace for Charter Hall was focused on retaining tenants, with the building historically having a low vacancy rate.

“It’s about understanding what’s driving the owner to make the upgrade, and their specific market,” Ms Porrins said.

“That lent itself to the fit-out it became, but (Charter Hall’s) drivers were to keep their tenants happy.

“Tenants there have a special connection to the building, so they were very interested in what we were doing.”

However, Ms Porrins said not all of the upgrades were about establishing amenity on the ground floor, with a blurring of work and lifestyle also occurring on office levels.

“We’re seeing much more agile workplaces; it’s like being at university, you don’t have to go to the same desk every day.

“Ms Teakle is designing KPMG at the moment and she’s just picked up Quadrant Energy, and we are trying to design those spaces in away that they are definitely more agile, more flexible and have more shared amenity.