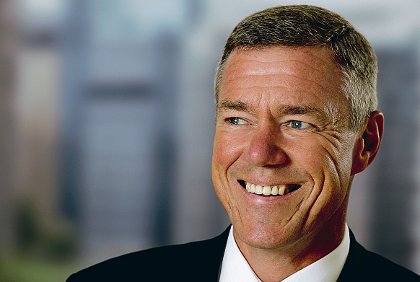 WIDER ROLE: Iain Gerrard has taken on the role of WA business ambassador for the Leukaemia Foundation.

A DESIRE to be of benefit to the wider community was among the motivating factors behind Iain Gerrard’s decision to take on the role of Western Australian business ambassador for the Leukaemia Foundation.

“In too many ways in the modern society we assume that we pay our taxes, and government is responsible for looking after everything from education to health care,” Mr Gerrard, the chief operating officer at Deloitte Consulting, said.

“The government has limited means and huge volumes to deal with, and while it provides the essentials, the fundamentals, first-class teaching hospitals, medicines and the like, there is another level of care and support families need that isn’t provided by the government.

“When people become ill, they go and see the oncologist and leukaemia specialist and they get the essential treatment, but there are other things like counselling, family support, networking with people who have survived the disease, accommodation for people who need to travel interstate and to the city.

“Those are things that aren’t provided by the medical system; they may not sound like big things, but for many families the cost of it, the logistics, can be crippling.

“When you reach a certain stage in your career and you realise how fortunate we are to live in this country and this state, you also realise you have an obligation to give something back, something above and beyond just paying taxes.”

Mr Gerrard initially got involved with Leukaemia Foundation several years ago, when he and four colleagues signed up to have their heads shaved to raise money.

“We set a target of raising $10,000 between four or five of us as a unit. It involved the usual public head shaving with 300 people invited to watch,” he said.

“I had my 20th wedding anniversary coming up, so my wife and I were having a service with all the original guests reinvited so I needed to look decent and we had to do it six weeks before that time, and we only had three weeks to raise the money.

“I thought it was absolutely amazing when $25,000 flew in the door in one and a half weeks. I am on our local parish council in City Beach so I know how hard it is to raise funds. It was incredible how much support people were willing to give.”

Mr Gerrard has seen a healthy level of competition grow among the top 30 fundraising corporates since then, eight of which are from WA – BHP Billiton, Rio Tinto, Worsley Alumina, Westrac, FMG, Atlas Iron, Curtin University as well as Deloitte.

“There is a bit of rivalry going on and it is all for a good cause, so we put another team up this year and we had a similar outcome,” Mr Gerrard said.

Deloitte has built its relationships over time, through the Great Shave fundraising events and Mr Gerrard’s facilitation of some pro bono work with the foundation.

From there the decision was made that the business would support the foundation nationally on an annual basis. Mr Gerrard was asked to advocate and represent the fundraising efforts of the Leukaemia Foundation in the business community of WA.

He took the role on two months ago and is now driving the team shave program to become national.