Amana delivers on arts for elderly

Amana Living has teamed up with a number of local arts organisations to deliver a new arts festival, designed specifically for seniors. 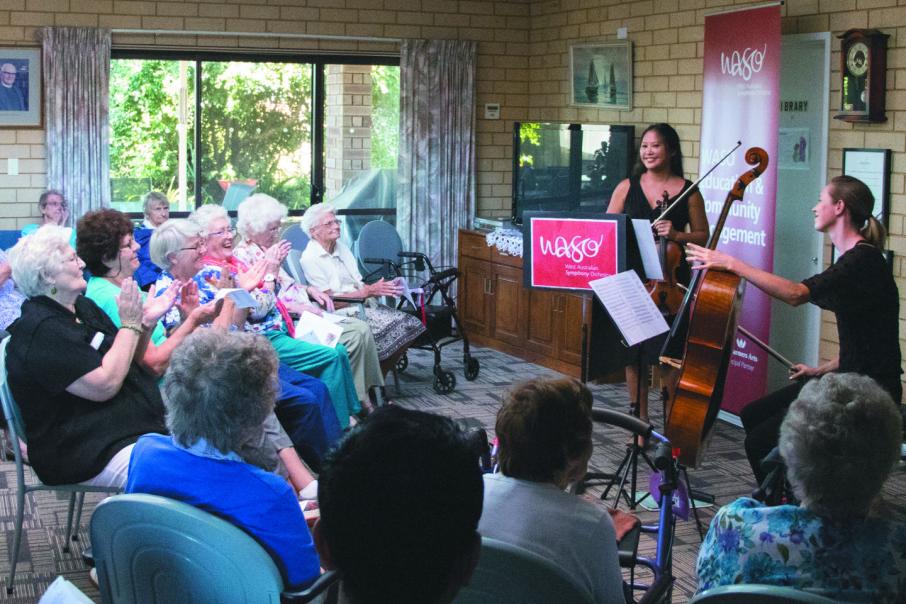 Amana Living has teamed up with a number of local arts organisations to deliver a new arts festival, designed specifically for seniors.

Currently running until March 25, the festival involves an interactive experience, with Black Swan State Theatre Company detailing the discovery process of adapting a novel for stage.

Performances at Amana Living locations by the West Australian Symphony Orchestra (WASO), tactile tours for clients living with dementia offered by Sculpture by the Sea, dance classes and harp sessions are among the 150 events on offer as part of the festival.

WASO’s Cassandra Lake said studies highlighted the ongoing benefit and enjoyment engagement with the arts had on health and social wellbeing.

The WA Museum is another organisation taking part in the festival, showcasing objects from the state collection and highlighting the importance of lifelong learning.

Amana Living chief executive Stephanie Buckland said that, to her knowledge, there had never been an arts event of this size or scale created for seniors in Western Australia.

“Our emphasis is on helping people to truly live the second half of life,” she said.

About $120,000 in corporate funding and sponsorship from donors including Anglican Community Fund, Jasol, JLT, Unicharm, and Synergy League Agency was used to fund the festival.