The state-owned Southern Ports Authority has cut its annual operating costs by about $7 million since its three component ports were amalgamated in 2014, according to its annual report. 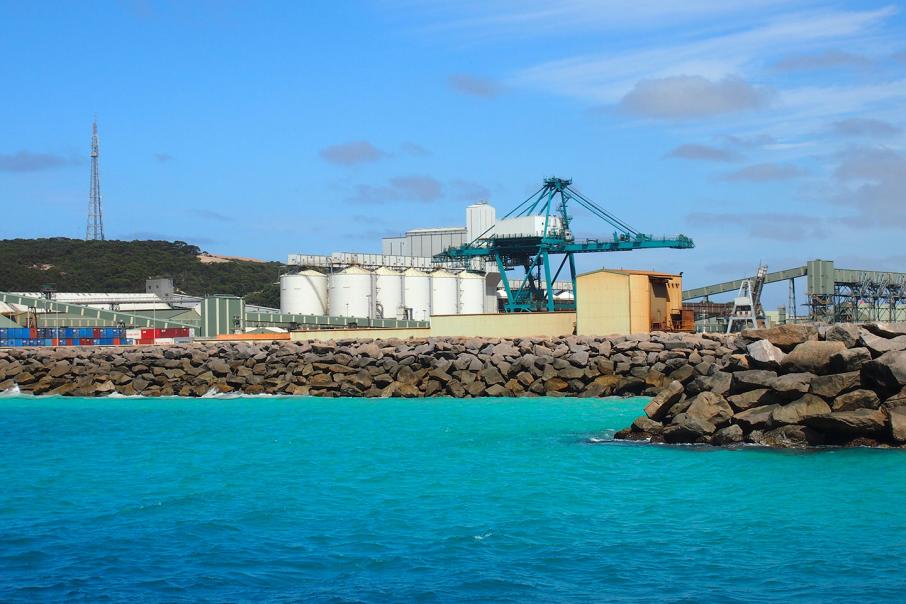 The state-owned Southern Ports Authority has cut its annual operating costs by about $7 million since its three component ports were amalgamated in 2014, according to its annual report.

The latest data comes just months after the state government announced a review of the entity, which acts as the landholder at the ports of Bunbury, Albany and Esperance, and operates stevedoring services at Esperance. 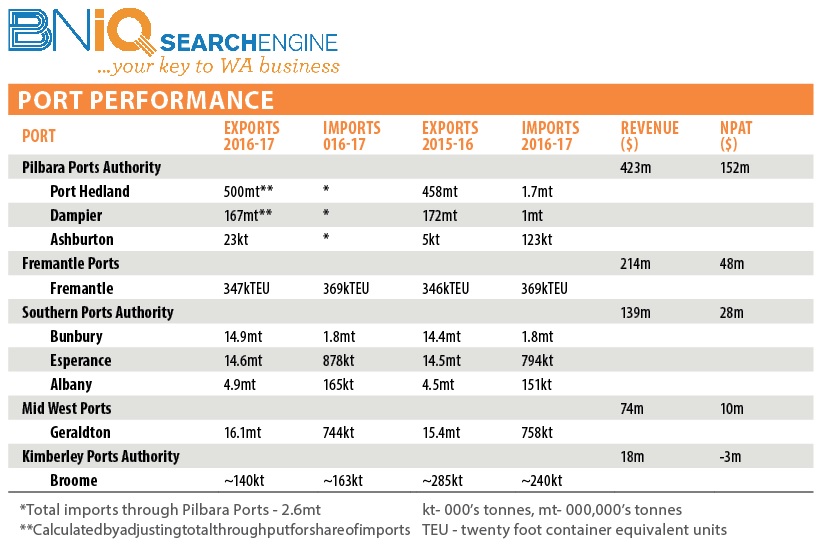 That review, which will report in December, will investigate if the initial expected benefits of amalgamation have been achieved, following mixed feedback from regional communities.

At the time of the amalgamations, which reduced the number of the state’s port authorities from nine to five, then transport minister Troy Buswell touted the move would improve efficiency, cut red tape and maximise capacity.

Expenses at the Southern Ports Authority for the 2017 financial year were $89.7 million, while in the 12 months to June 2014, the last full financial year of operations before amalgamation, combined costs at the three component ports were $97 million.

Both numbers are with depreciation removed.

Revenue was roughly stagnant, however, with a combined $140 million of income across the three ports in 2014 falling slightly to $139 million in the most recent financial year.

One significant driver of the increased traffic was the introduction of four new export operations through Esperance, the authority said, chiefly spodumene (lithium), woodchips, and nickel-copper concentrate shipments.

“This overall result was underpinned by record results in each of our three ports,” Mr Cole said in the annual report.

“A 1 per cent decrease in total revenue was more than offset by a decline in operating costs per tonne, resulting in another solid profit result for the 2017 financial year and an improvement on the prior financial year.

“The strong trade result was principally driven by a record grain harvest and strong demand for woodchips, aided by some improvement in key commodity markets, although the overall economic environment continued to be challenging.”

Other ports provided a mixed bag for the state government.

At Fremantle Ports, trade movements were only 0.1 per cent higher in the 2017 financial year compared with the previous corresponding period, with 715,949 20-foot equivalent units (the industry standard for measuring container throughput) shipped.

However, the port was still a money maker, delivering an after-tax profit of $47.6 million and paying the state government a dividend of $12.3 million.

The Fremantle Ports Authority’s annual report also highlights that a deepened harbour, bigger cranes and improved towage efficiency may be needed to enable larger, New Panamax vessels to use the harbour.

Nonetheless, it found the existing inner harbour can handle any of the largest container ships visiting Australia’s capital city ports.

“The international trend towards larger container ships is expected to continue, with future operational and infrastructure implications for all Australian container ports,” the report said.

“Modelling undertaken this year shows that Fremantle Ports’ container terminals will be able to handle significantly larger ships than those currently calling.”

Port Hedland hit a record throughput of 500.9mt for the financial year, up by 9 per cent on the previous corresponding period.

Revenue was $16 million higher across the Pilbara Ports Authority’s three ports – Port Hedland, Dampier and Ashburton – to be $423 million.

Tonnage at Broome, which is managed by Kimberley Ports Authority, dropped more than 42 per cent, to 303,157 tonnes, the lowest level in a decade, while revenue dipped by $6.5 million to be $18 million.

The lower throughput was driven by reduced petroleum imports, fewer drilling rig movements and reductions in water and bunker fuels provided to ships.

Revenue at Mid West Ports, which manages the facility at Geraldton, was down around 22 per cent, after the abolition of the port enhancement charge that had been levied to pay off borrowings from the state government for an expansion.