A 60% increase in throughput is already being considered by Allied Gold Ltd as the Perth-based miner readies for first production next month from its flagship A$87 million gold mine in Papua New Guinea.

A 60% increase in throughput is already being considered by Allied Gold Ltd as the Perth-based miner readies for first production next month from its flagship A$87 million gold mine in Papua New Guinea.

Maiden production at a rate of 84,000 ounces per annum is due to commence late in December from the Simberi Oxide Gold Project in the Tabar Islands. Mine plant commissioning commences within the next few days.

However, Allied Gold Non-Executive Director, Mr Greg Steemson, told shareholders today at the annual general meeting in Perth that the Company already expects to ramp up annual gold production at Simberi to approximately 135,000 ounces. This represents a 60% lift against initial planned production rates.

Mr Steemson said the production gains would come from new plans to boost Simberi's current 2.2 million tonne per annum carbon-in-leach (CIL) processing plant, to at least 3.2 million tpa. Engineering studies for this upgrade have been completed, he said.

Most of calendar 2008 would be spent bedding down current production expectations and expanding the oxide reserve base to underpin the planned production increase. The CIL expansion is scheduled to come on line in the second half of 2009.

Shareholders were also told by Mr Steemson today that Allied Gold is matching its maiden production with a parallel enhanced exploration program on Simberi and neighbouring Tatau and Tabar Islands.

"The exploration lift will focus on increasing our ore reserves around known deposits, particularly the Sorowar deposit and in defining new deposits on the neighbouring islands," Mr Steemson said

It has current reserves and in-pit resources totalling 17.7 million tonnes of ore grading on average 1.37 grams per tonne gold, for a contained 785,000 ounces.

Simberi has a current mine life of just over eight years for an initial recovery estimate of 692,000 ounces.

First ores will be mined from the Samat ore body which is closest to the coastal processing plant and wharf built by Allied Gold.

Mainstream mining will move to the Sorowar pit in the first half of next year.

Output from these deposits will be carried by overhead conveyor - now nearing completion - to the processing plant on the coast. 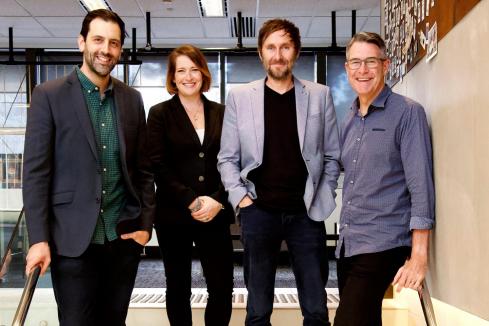