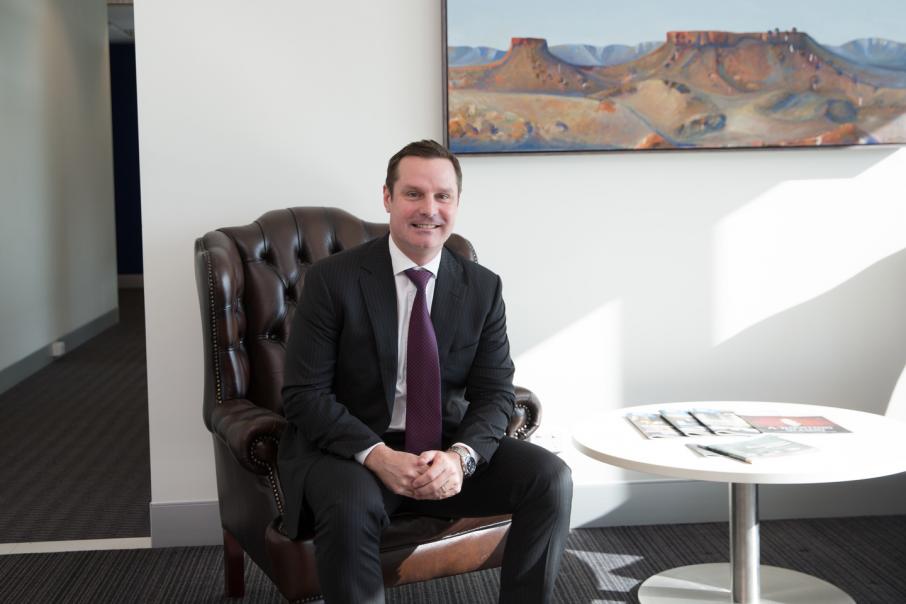 Bryn Hardcastle will become a partner at Allens.

Mr Hardcastle and fellow partner Dave Filov are leaving HWL after less than one year with the national firm.

They joined HWL after it bought their former business Bellanhouse Lawyers, in what was seen as a significant boost to HWL’s local practice ahead of its planned stockmarket float.

Allens partner Andrew Pascoe confirmed today that the two HWL partners would be joining his firm early in the new year.

“We’re excited about the capability they will bring to supplement our team,” Mr Pascoe said.

Mr Hardcastle will be a partner while Mr Filov is joining as a counsel.

The two recruits have traditionally focused on small and mid-cap listed companies in contrast to Allens focus on big corporates.

Mr Pascoe agreed that was Allens reputation but said it already did work at the smaller end of the market, for companies such as Warrego Energy and Zenith Energy.

“Our practice outlook is also expanding,” he said.

“We’re committed to develop a leading corporate practice in the Perth market.”

The two recruits will join 12 partners at Allens, including five with a focus on corporate and commercial work.

He built Bellanhouse from scratch in 2013 to a point where it challenged Steinepreis Paganin as the pre-eminent law firm for small and mid-cap listed companies.

Last year’s acquisition of Bellanhouse helped propel HWL to be the second largest law firm in WA, according to Business News’ Data & Insights.

It has 24 partners and 93 legal professionals in Perth.

The combined firm also ranked as the number one adviser on equity capital markets deals in the half year to June 2020, according to Data & Insights.

The resignations of Messrs Hardcastle and Filov comes shortly after the departure of a third HWL partner in Perth.

His new firm has got off to a busy start, as legal adviser to PYC Therapeutics on a $55 million capital raising.

A HWL spokesperson said the partners who remained with the firm were supportive of its future growth plans.

“As a national firm with 270 partners, people come and go and we are confident in our ability to continue to attract quality practitioners to our firm,” the spokesperson said.

“We continue to be proud of our position as one of Western Australia's fastest growing law firms.”

HWL Ebsworth is preparing for an initial public offering through a new holding company called Alarcon.

It has appointed Macquarie Capital as lead manager for the IPO, which would seek to raise up to $1 billion.

The IPO has stirred a lot of debate, with speculation over how much of the benefit will flow to long-serving equity partners.

Michael Bowen and about 10 of his colleagues are leaving global firm DLA Piper for Australian rival Thomson Geer.

Most of the recruits, including partners Scott Gibson and Marc Wilshaw, joined last month.

Mr Bowen is expected to move next month after completing one assignment.