There has been plenty of change during the past year in Perth’s legal fraternity, which is enjoying healthy trade. 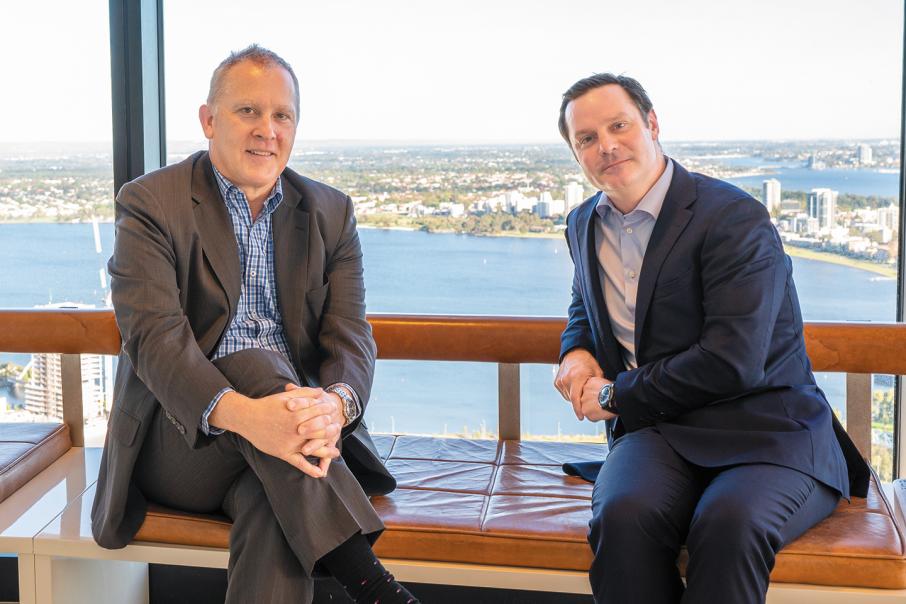 If the establishment of new firms is a guide to a buoyant legal services market, then Western Australia is clearly in a good place.

Several new firms have been launched in WA during the past 12 months, targetting opportunities in areas as diverse as media and intellectual property.

There also have been some big plays in corporate law, with Allens and Thomson Geer being two of the biggest movers.

It has 21 partners and 130 legal professionals in WA.

It is followed by three national firms – MinterEllison, Clayton Utz and HWL Ebsworth – which are of a very similar scale in WA (see list, page 36).

Some of the drivers of work included foreign investment transactions, general commercial disputes and regulatory investigations.

Sitting just below this group is another national firm, Allens, which has enjoyed sustained growth over the past few years.

It has 14 partners and a total of 87 legal professionals in WA, up from 62 three years ago.

“That growth has been driven by, and reflected in, head count growth,” he said.

“It’s across practice groups and reflects a broader mix of work.”

Mr Pascoe said the local practice had been aided by Allens’ national presence.

“There has been a real positive energy, both within the Perth team but also nationally,” he said.

“The support from the firm nationally and its willingness to invest equity here for the long term, it’s been part of a strategy and it’s bearing fruit.”

Mr Pascoe said the resources sector was a big driver of activity in WA, but the growth had been reflected in its main practice areas, including corporate finance, projects, banking and disputes.

Allens is seeking to broaden its corporate practice in WA after recruiting Bryn Hardcastle and Dave Filov from HWL Ebsworth at the start of this year.

They had joined HWL only one year earlier, after it bought their former business, Bellanhouse Lawyers.

Mr Hardcastle said the nature of his work had not changed, with a focus on small- and mid-cap listed companies.

“I think the market expects that Allens is only doing the bigger work,” he said.

“We’re in a broader market now and I think we’ve been very successful in getting new work.”

Mr Hardcastle said there were many positives from the move to Allens.

“The support, the business structure, the depth of experience, it’s a very different beast,” he said.

“That makes it a very easy sell to our clients.

“We can offer something now that we couldn’t offer before.”

Mr Hardcastle said the idea of joining Allens was first suggested by Mr Filov, who previously worked there, and had described the firm as a much more significant, sophisticated version of Bellanhouse.

Mr Pascoe said the timing was serendipitous as they had been working closely on a matter for a joint client.

“The planets aligned for us,” he said.

Surprisingly, Mr Hardcastle said Allens shared the same culture as Bellanhouse, despite their vast differences in size and focus.

“I’ve found Allens to be the same as Bellanhouse, which was a culture of care,” he said.

“I have not seen the same respect for people and their careers as I have seen at Allens.”

Mr Hardcastle said he was still working on small transactions.

For instance, he recently advised on the $5 million initial public offering of Albion Resources.

Mr Pascoe said this should be just the start.

“We don’t want him to be focused exclusively on the $5 million IPOs but that’s an important feeder channel for our broader practice,” he said.

“We are aiming to deliver the full range of services through their life journey, from pre-IPO to project development.

“Bryn and Dave have brought a much deeper capacity to service clients’ capital needs.”

While national firms like Allens typically charge higher fees than boutique law firms like Bellanhouse, Mr Hardcastle insists that will not be a problem.

“If you are good at what you do, then you can price accordingly,” he said.

“If you are efficient and can deliver a service, then your pricing doesn’t become an issue.”

“Before Bryn and Dave joined us, we have been adopting a much more flexible approach to pricing to that end,” he said.

“They are very commercial and willing to discuss fees,” Mr Pascoe said.

A rapidly emerging competitor in the corporate law space is Thomson Geer, which was boosted last year when it secured the services of one of Perth’s top corporate teams from DLA Piper.

This occurred about 18 months after Thomson Geer entered the WA market by acquiring LSV Borrello, which was focused on property and litigation.

He explained that Thomson Geer recognised a gap in the market, after local boutique firms had been absorbed by national and international law firms.

“We’ve had a focus on getting back to the Hardy Bowen or Blakiston Crabb style of practising, where we do the corporate work as well as the asset-based mining work,” Mr Gibson told Business News.

“We’ve drawn that back into our practice here, so we have expanded to account for the extra work we are getting from that model.”

Mr Gibson said the corporate team had been helped by Thomson Geer’s other practice areas, which included construction, litigation and regulation.

“We’re able to scale up to do the big transactions as well as scaling down to do the smaller IPOs and backdoor listings,” he said.

“We’ve complemented that with the mining and asset work for the small and mid-cap miners.

“That has created a real opportunity.”

Another positive Mr Gibson identified was Australian companies shifting their geographic focus, in part because of COVID-19 travel restrictions.

“In the past 12 months, there has been a real focus of our clients returning to onshore Australia,” he said.

While Thomson Geer was a fairly new brand in Perth, Mr Gibson said that hadn’t held back the local operation.

“Our clients have had no problem moving across.

“As long as the people, and the rate and the bench depth are right, they are prepared to back you.

The new firms in the Perth market reflect a range of opportunities.

Steedman Stagg Lawyers was established by James Steedman and Nick Stagg, who were previously at Lavan.

Their firm specialises in dispute resolution and commercial law, with a particular focus on media and defamation.

Another boutique firm is Gaffney & Palermo Lawyers, established by Marisa Palermo and Sarah Gaffney-Smith, who previously worked at Gilbert + Tobin.

They have a flexible business model under which they will work directly for their own clients as well as consulting to Blackwall Legal.

Blackwall’s managing partner and founder, Chris Pearce, said this was a win-win.

“It works well for us as we can strengthen our team and we have plenty of work to feed through to them, and it’s great for Marisa and Sarah as they have the flexibility to work directly for others as well,” he said.

Mr Pearce said Blackwall had used the same model with experienced lawyers Will Moncrieff and Rob McKenzie, who consult through their own organisation, McKenzie Moncrieff.

Blackwall has grown to have 17 people on its team, including recent recruit Jeff Malone, who had been a special counsel at Lavan.

Another new firm has emerged from the dramatic downsizing at Mason Ledger.

Carla Vinciullo and Tim Kennedy had been among many people recruited by Mason Ledger, which had ambitious plans.

They have started trading as Kennedy Vinciullo, a boutique commercial law firm based in West Perth. 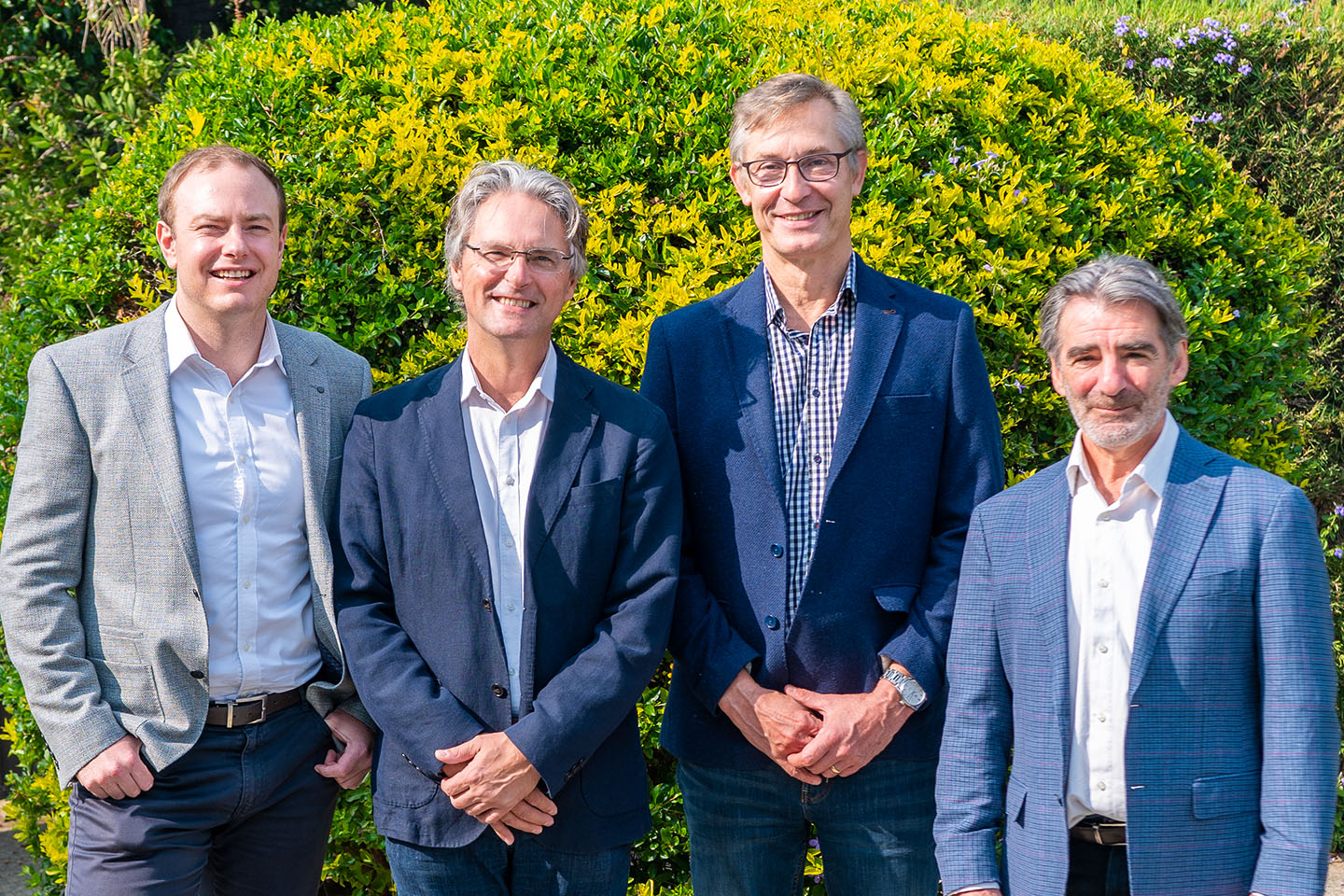 Yet another new firm is Nedlands-based Integrated IP, which was established by four former principals from Griffith Hack.

Their exit adds to a string of departures from Griffith Hack, which is owned by ASX-listed company IPH.

Through a series of deals, IPH was owner of both Griffith Hack and Watermark, which were merged.

Five years ago, the two IP firms had a combined total of eight partners and 20 legal professionals (including patent attorneys) in WA.

The exits have included Richard Baddeley, who moved last year to Wrays after 31 years at Watermark.

Wrays considered the appointment as a coup, with Mr Baddeley regarded as a stalwart of the intellectual property industry.

Wrays has grown to have 11 principals in WA and a total of 21 legal professionals.

It is one of the largest independent IP specialist firms in Australia, with Mr Baddeley’s recruitment boosting its strength in the energy and resources sectors.

Integrated IP has been established with a focus on combining traditional IP attorney services with commercial advice.

This reflects the combined experience of its principals, including Matthew Yeates and Tony Mizzi.

“I actually had my own inventions, I was a client of Tony’s at Griffith Hack,” Mr Yeates said.

“My experience comes from being a 20 year old making lots of mistakes.

“I’ve sat on the client side and understand all the headaches.”

His experience has included the sale of his innovative flooring system IP to Swedish company Välinge.

IPH sold off Glasshouse’s R&D tax advice practice to accounting firm Grant Thornton and shut down the rest of the business in May 2020.

Mr Yeates said intellectual property management was at the heart of the new firm’s offering, with advisory services added on.

“The nexus of what we are today is putting IP in the centre and integrating services around that.”

Mr Yeates is also the founder and director of Vertex Design Australia, a product development and marketing company.

He said this added another dimension to what IP could offer.

Mr Mizzi said he was keen to bring a more commercial focus to his work.

“Getting the patent in place is important but it’s not the only thing,” he said.

“It’s a lot more satisfying working with the client and helping them get their product into the market.

“The inventions might be technically good but the inventors themselves, particularly at small businesses, don’t have a clue how to get it into market.

“They don’t know the steps along the way, or the costs involved.

“You need to recognise all the touch points required to get a product into the market.”

Mr Mizzi said another line of work was advising people how to extract the best value from an existing patent or IP portfolio.

Mr Mizzi’s exit from Griffith Hack came after 25 years with the firm.

He said the change from being an owner of a privately held firm to a shareholder in an ASX-listed company was more significant than he had anticipated.

“Griffith Hack was like a factory,” Mr Mizzi said.

“The fun factor went as well.”