All the way with China FTA

The FTA with China will provide some exciting prospects for WA businesses. 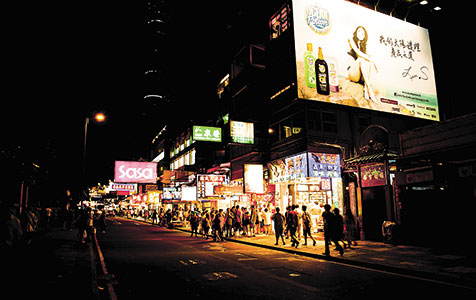 The Chinese Year of the Horse is proving to be a fortuitous time for Western Australian businesses, which are set to benefit from the China-Australia Free Trade Agreement (ChAFTA).

The agreement gives WA businesses unprecedented access to the world's second largest economy and has the potential to significantly boost and diversify the state's trading relationship with China.

The Chinese deal is the latest in a string of FTAs with Asia, encompassing Japan, South Korea and Malaysia. It also sets the stage for negotiations with India for a similar agreement.

While the detail of the ChAFTA is still to be released, if the agreement with Japan is anything to go by, it may be several thousands of pages long and highly technical.

Businesses need to do their due diligence and research the markets they are targeting before rushing in.

China is WA's largest trading partner, accounting for 46.8 per cent of the state's total exports.

Tariffs on almost all products will be eliminated, allowing WA to further consolidate its comparative advantages in sectors such as manufacturing, services and agriculture.

It would come as little surprise that iron ore represents more than three quarters of the $71.2 billion in merchandise exports that WA shipped to China in 2013-14. And, as iron ore is already exempt from tariffs, new opportunities arising from the ChAFTA will largely emerge outside of the resources sector, providing an important catalyst for growth in other sectors of WA's economy.

Under the ChAFTA, tariffs on agricultural and food products will be almost eliminated over the next four to 11 years. Tariffs on WA beef products will fall to zero by 2023 and on many dairy products by 2018, while tariffs on seafood produce and wine will be gone within four years. Live animal export tariffs will also be eliminated by 2018.

The growing Chinese middle class, with its increasingly sophisticated tastes, is set to be a lucrative market for WA producers.

On the manufacturing front the agreement locks in the current zero-tariffs arrangements on most Australian manufactured goods entering China. It's also a win for WA consumers, as it will remove Australia's own import tariffs on China's manufactured products, including consumer electronics, clothing and footwear.

The ChAFTA also includes substantial access provisions for service providers from Australia into China beyond existing arrangements with Hong Kong. This will allow for Australian services companies from a diverse range of sectors to access the Chinese market in a more streamlined and efficient way.

Also, for the first time, Australian companies will be given access to the Shanghai Free Trade Zone, which is an initiative by the Chinese government to build its capabilities across a range of professional services. This will allow business to capitalise on its expertise in professional services industries including engineering, transport, IT and telecommunications, and architecture and design.

In terms of foreign investment, the threshold at which investment from privately owned Chinese enterprises will trigger a review from the Foreign Investment Review Board has been lifted to $1.08 billion, in line with those offered to the US, New Zealand and Japan.

For businesses already doing business directly with China, the agreement will expedite direct currency trading in financial markets, which will make it easier to move funds in and out of the country, rather than first converting profits to US dollars.

The plethora of free trade agreements with Asia can be confusing for new entrants, so asking the CCI about its Export Ready program may be a good starting point for businesses seeking to break into new markets.

CCI also administers the TradeStart Network, which in partnership with Austrade, assists with finding buyers in Asia for WA's exports.