All systems go for AI revolution

Advances in artificial intelligence are raising questions about its value in more creative, artistic processes. 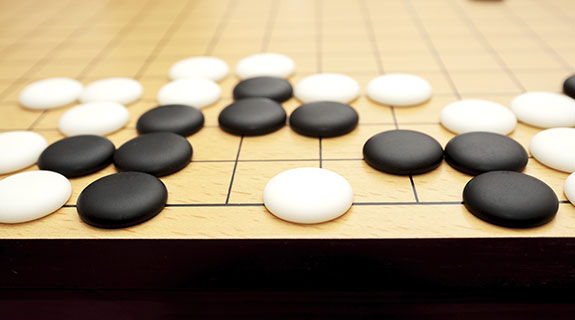 Advances in artificial intelligence are raising questions about its value in more creative, artistic processes.

Not only that, AlphaGo won the five-game series four games to one (with Mr Lee’s win in game four much celebrated due to AlphaGo’s dominance until that point).

Go is an ancient Chinese board game, and experts had considered it impossible that artificial intelligence would be capable of bettering a top-ranked professional for at least 20 years.

The implications are wide reaching. Go is not a deterministic game. It has too many possibilities to be played well by brute-force calculation. Creativity, strategy, and intuition all play a large part in the human experience of Go.

Professional Go players train to play the game for their entire lives. Lee Sodol is at the height of his career. He is a consummate world-class professional artist doing something intensely creative and instinctive. And losing to a computer program.

The AI does not understand ‘creativity’ or ‘instinct’, it recognises patterns, through massive repetition, and responds to them with specific actions. It approximates the human facility for intuition. In human terms, it has no understanding of the game it is playing. It just knows ‘good’ (more likely to win) patterns from ‘bad’ (less likely). The more patterns it plays through, the better it gets.

Computer programming shares a lot of features with Go. It requires human creativity, instinct and intuition. It obeys rules. It is possible to determine a ‘good’ program from a ‘bad’ program. An AI can make millions of attempts at a good program every day.

This is perfect territory for a deep learning algorithm such as AlphaGo. Sooner or later, someone will develop a deep learning engine that writes code – more likely sooner than later. The holy grail of computer science is around the corner – a program that can build a system from a spec.

Of course, this isn’t limited to code; we can treat any creative discipline in the same manner. They key problem is taste – determining good from bad. How do we tell good architecture from bad architecture?

Wandering around Perth, this appears to be a problem that humans also share. And in that lies the solution – we don’t know. As long as the building doesn’t actually fall down, it’s subjective.

When a designer creates a logo design (for example), he or she usually produces a few versions. The customer chooses the one they like. The designer may disagree, but accepts there is no objective ‘right’ version; it’s always down to taste.

There are already examples of AI ‘art’ in the Deep Dreaming images produced by Google. Somewhat disturbing, and interesting, conversation pieces, they’re definitely artistic. If you think art can only communicate human emotion, then check them out. But they’re produced as a byproduct of an existing process, rather than as art for art’s sake.

Training an AI to produce original art will take time. We’ll need to keep correcting its poor taste. But if that’s the hardest obstacle, it’s nowhere near insurmountable; this will happen.

AI beat human chess players 20 years ago, but that does not mean we stopped playing chess. In fact, chess has improved since then. We can play an expert whenever we want, as many times as we want. We will never be as good as the computer, but that doesn’t matter because we will be better than we used to be.

We’re looking at a revolution in the creative industries over the next decade. But rather than the replacement of humans with AI being seen as a threat, we can see it as getting better tools; removing the drudgery from the creative process and allowing us to concentrate on the bits that we enjoy.

Word processors made typists obsolete, but we are not overrun with unemployed typists. Instead, everyone can produce their own documents (of varying quality). Soon we will be writing applications and designing buildings with the same ease. Our streets will never be the same.