Not for profits are finding new ways to engage the corporate sector, but the challenge is to get results for all. 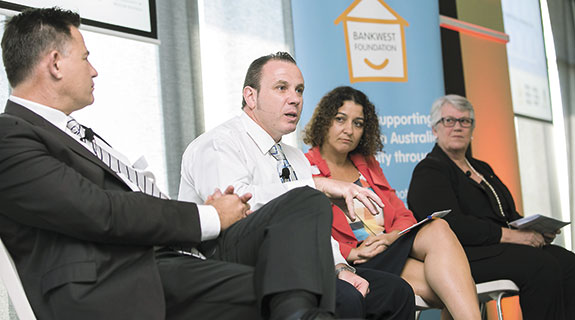 Not for profits are finding new ways to engage the corporate sector, but the challenge is to get results for all.

RELATIONSHIPS between the corporate sector and not-for-profit organisations are being looked at anew, with a growing move to more symbiotic connections among some in the sector.

An upcoming series of social impact reports by Bankwest Foundation will examine the impact of the community and NFP sector, with a number of papers to be released over the course of the research program’s five years.

Bankwest Foundation launched last September to raise funds for community initiatives and scholarship programs, and has partnered with The University of Western Australia, to which it donates $1 million each year for research.

One of the challenges identified in the first of the series, ‘Measuring Outcomes for Impact in the Community Sector in Western Australia’, is the alignment of sponsors’ outcome measures with those of the organisation they are funding.

Community organisations face a challenge, according to the report, in that they must establish an outcomes reporting framework that meets the needs of both their organisation and their sponsors’, often with limited resources.

There is an increasing move towards corporate sponsors becoming more involved with partnerships, rather than simply donating funds and aligning their branding with a community organisation.

As a result, some organisations are tailoring their programs to meet the outcome requirements of the corporates from which they seek funding.

Diabetes WA is one such organisation, with a move to a fee-for-service model, starting with conducting corporate health and wellbeing assessments on employees for major resources companies.

Diabetes WA chief executive Andrew Wagstaff said some not-for-profits needed to stop thinking about what they required, and understand why the corporates would want to partner with them.

“We, as the not-for-profit sector, have to go find a way that (ensures the corporates are) making a contribution in that space is attractive to them,” Mr Wagstaff said.

“People have got to forget the fact that this is about them and actually understand it’s about the corporate and what they can get out of it from a value proposition perspective.”

Youth Focus chief executive Jenny Allen said the organisation had been around 80 per cent corporate-funded over the past 15 years, with significant support from major not-for-profit contributor, Hawaiian.

“Any sponsorship with us is not just always about dollars and cents … it’s about all sorts of different things that those sponsorships are made up of,” she said.

“I don’t think governments can totally be expected to fund charities and not for profits out there. I don’t think it’s possible; the pie isn’t big enough.

“So consequently, there are different charities that will need to rely on working with business to actually meet their mission and purpose.”

“Our sponsor partners tailor initiatives to engage and hopefully inspire locals around Hawaiian properties,” he said.

While Hawaiian is just one major participator in the sector, the government funding available is increasingly being spread across more in the sector, meaning organisations must become more innovative in the way they approach potential partners.

Lotterywest general manager of grants and community development, Jacquie Thomson, said the organisation had experienced a period of significant demand for grants over the past two years from groups seeking to develop systems and become self-sustainable.

“What that means is when we’re working with any organisation that comes to us, we are asking them what other sources of support they have got for the initiative or can potentially engage with,” she said.

As a result, Ms Thomson said, organisations were increasingly looking at their own sustainability and investing in them just as a for-profit business would.