South Pacific-focused resource group Alcaston Mining NL is set to embark on a new era in its corporate development, with a change of name and status to Golden Rim Resources Ltd taking effect this Friday, a major new drilling program set to commence shortly at its Sabeto Gold Project in Fiji, and the appointment of a new Exploration Manager to head up its expanded exploration activities.

The new-look Company said today (Wednesday) a drilling rig had arrived on site at the Sabeto Project, located approximately 25km north east of Fiji's capital Nadi, ahead of a landmark 3,000m drilling program set to commence shortly. Golden Rim is earning a 75% interest in the Sabeto Project, which is also located 25km from the 10 million ounce Vatukoula gold deposit, from Mincor Resources NL.

The Company anticipates excellent all-weather gravel road access to the key Sabeto target areas, which will ensure that the drilling program can continue through the wet season.

The program, designed to test direct strike extensions to the 450,000-ounce Tuvatu epithermal gold deposit and to identify potential bulk-tonnage copper-gold targets, is expected to take approximately three months to complete. Drilling will be conducted 24 hours a day, 6 days a week.

As it prepares for the new exploration push, the Company also this week completes a change of name and status from Alcaston Mining NL to Golden Rim Resources Ltd, reflecting its focus on exploration in the prolific Pacific Rim region. This region hosts several major world-class gold and copper-gold projects, in addition to Vatukoula, Lihir and Porgera.

To spearhead its expanded exploration push, Golden Rim has announced the appointment of Mr Peter Olubas to the newly created role of Exploration Manager, as its prepares for major new exploration programs at all three of its gold projects in Fiji and Vanuatu.

Mr Olubas is a geologist with 17 years' professional experience, most recently as Exploration Manager with Emperor Gold Mining Company. He has been based with Emperor in Fiji for the past nine years and has significant experience in both the exploration and mining of narrow epithermal vein gold mineralisation.

During the past year, Mr Olubas has also worked for DRD Gold, reviewing gold projects in Africa. Prior to joining Emperor, he worked at the Renison Bell and Mount Lyell mines in Tasmania as an underground mine geologist, and with RGC as an exploration geologist in Australia and PNG.

In welcoming Mr Olubas' appointment ahead of the Fiji drilling campaign, Golden Rim's Exploration Director, Mr Craig Mackay, said: "Peter brings extensive technical experience to the Company and the Golden Rim Board looks forward to working closely with him on our various projects. He will initially be based in Nadi, Fiji, which will enable him to closely manage the planned drilling, mapping and soil sampling programs at Sabeto.

"The recent coup in Fiji has not impacted on our substantial plans for this project, for which staffing and camp facilities have been finalised," he added. "Compensation agreements with landowners have been executed and we expect to commence drilling soon after Christmas, using a rig which arrived on site this week."

Golden Rim is also planning major exploration programs at two substantial joint venture gold projects, Webe Creek and Tafuse, in Vanuatu, during 2007, following a recent rights issue which raised $1.68M through the issue of 21.1M shares at 8c per share.

The Company is earning an 81.25% interest in Webe Creek from Mincor and Rim Fire, and 75% in Tafuse, from Mincor, through targeted drilling in a region recognised for its potential to host large gold and base metals deposits such as the 40 million-ounce Lihir and 22 million-ounce Porgera deposits. 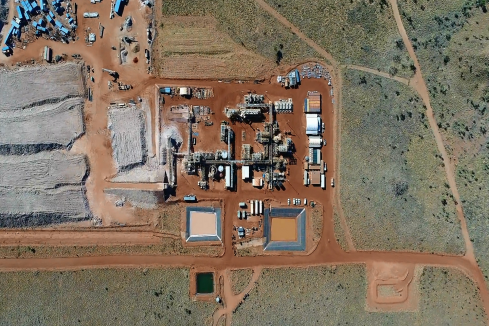