Albanese out, Walsh takes over after Rio writes down $US14bn 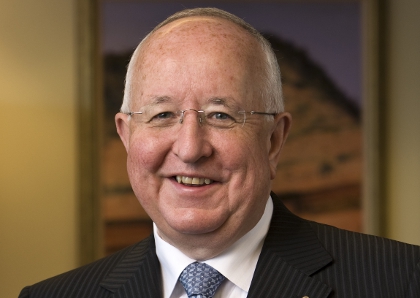 Sam Walsh has been promoted to the top job at Rio Tinto, effective immediately, taking over from Tom Albanese who has quit as chief executive after the miner revealed a $US14 billion writedown.

The non-cash impairment charges, relating to the aluminium assets and Mozambique coal assets, were described by chairman Jan du Plessis as “unacceptable” and resulted in Mr Albanese’s immediate departure.

Mr Walsh, who is Rio Tinto’s Perth-based chief executive of iron ore and Australia, will take over the top job from today.

The impairments include costs relating to Rio Tinto Coal Mozambique, as well as reductions in the carrying values of the company’s aluminium assets.

"The Rio Tinto Board fully acknowledges that a write-down of this scale in relation to the relatively recent Mozambique acquisition is unacceptable. We are also deeply disappointed to have to take a further substantial write-down in our aluminium businesses, albeit in an industry that continues to experience significant adverse changes globally,” Mr du Plessis said.

"While I leave the business in good shape in many respects, I fully recognise that accountability for all aspects of the business rests with the CEO,” Mr Albanese said.

“I am pleased that someone of Sam's calibre and values has been chosen to succeed me as chief executive.  This is a great company and Sam will do an outstanding job."

Mr du Plessis paid tribute to Mr Albanese, who has been with the company for over 30 years, and thanked him for his integrity and dedication, while Mr Walsh said he will be working “flat out to build an even stronger, more valuable Rio Tinto business for shareholders and for our many other stakeholders.

Rio Tinto said both Mr Albanese and Mr Ritchie will leave the company on July 16 to ensure an effective transition, and the pair will continue to receive their base pay, benefits and pension contributions until that time.

However the pair will not receive a lump sum payment when they officially resign from Rio Tinto, and will forfeit their outstanding deferred bonus share entitlements earned in previous years.

Perth-based Mr Walsh will receive a 15 per cent increase on his previous base pay.

Mr Walsh's total remuneration, including bonuses, will rise 15 per cent to $7.8 million.

Shares in Rio Tinto closed down 95c to $64.60. The announcement was made after markets closed.