Federal Labor leader Anthony Albanese has started day two of the election campaign admitting he "regrets" his performance on day one and plans to do a Taylor Swift and "shake it off". 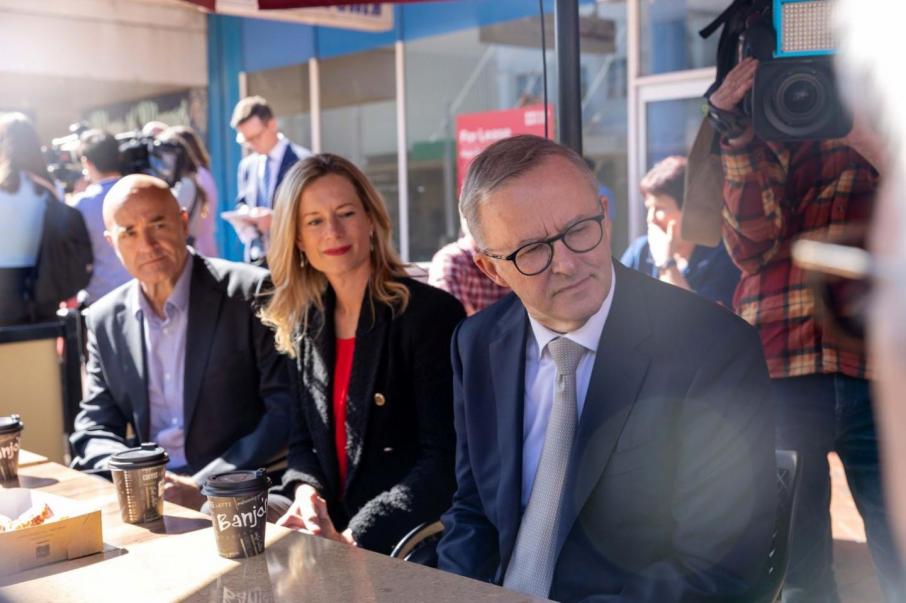 Regrets on day one of campaign for Mr Albanese, right.

Federal Labor leader Anthony Albanese has started day two of the election campaign admitting he "regrets" his performance on day one and plans to do a Taylor Swift and "shake it off".

The alternative prime minister was unable to recall Australia's level of unemployment or the Reserve Bank's cash rate during an excrutiating press conference yesterday.

"Do I regret yesterday? Yes, but I've owned it," he said from the campaign trail in Longford, Tasmania. "I've been contacted, not just by members of my own side with generous comments, but by members of the government as well."

He quoted from a Taylor Swift song, saying he intended to "shake it off" and move forward in the campaign.

On Monday, Mr Albanese started answering a question about the unemployment rate by saying it was at 5.4 per cent, before telling reporters "I'm not sure what it is".

In Sydney, to commit to his government's promise of creating 1.3 million jobs, Prime Minister Scott Morrison pounced on the gaffe.

He said the real issue was not that Mr Albanese didn't know the unemployment rate was 4 per cent, it was how far off the mark he was with his assumption.

“And what that tells me about is his working assumptions about our economy, and what Australians are achieving in our economy," Mr Morrison said. "He doesn’t know and he doesn’t understand.”

During an interview on commercial radio this morning, Mr Albanese said he "just went blank" when asked questions about the economy.

"I fessed up, put my hand up and said it was a mistake," he said.

The Labor leader had an unliklely ally in former prime minister John Howard, who is campaigning for the Liberals in Western Australia.