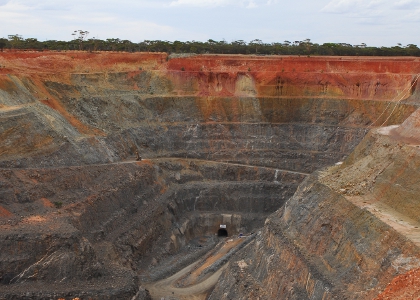 Shares in one of Australia's largest gold companies, Alacer Gold, have shot up after it announced its sale of interests in the Frog’s Leg gold mine near Kalgoorlie for US$171 million ( million).

The company’s relinquishing its 49 per cent stake in the mine to Canadian joint venture partner and mine operator La Mancha Resources.

The sale had been predicted by some analysts, with the gold miner's Australian assets underperforming in a high-cost environment compared to its highly rated Turkish assets.

The company will pay million (.18 million) of cash gained through the sale to shareholders through a special dividend.

Under the sale agreement Alacer’s interests in two exploration projects will also go to La Mancha, while Alacer will provide La Mancha with toll mining services for 18 months.

Alacer's chief executive David Quinlivan said the sale had crystallised the full value of Frog's Leg and the cash would also be used to repay debt.

Alacer publicly criticised La Mancha at a conference at Kalgoorlie in 2011, accusing it of running an unsafe mine at Frog's Leg, which the operator rejected.

That puts it among Australia's largest gold producers behind Newcrest Mining, which is well ahead with production of up to 2.5 million ounces a year.

The decision to sell the Frog’s Leg interest comes following an over-arching review of Alacer’s Australian operations, in which its decision to lay off staff at its South Kalgoorlie Operation was defended as a strategy to focus on producing higher-margin ounces.

It said the reduction of 50 mining staff was saving the company $1.8 million per month.

Alacer was formed two years ago through the billion merger of Canada's Anatolia Minerals and Australia's Avoca Resources but its share price has been punished, down nearly 60 per cent since early 2012.