Tech business Airscope Industries is poised for rapid growth after signing up some of the world’s largest oil and gas companies as clients. 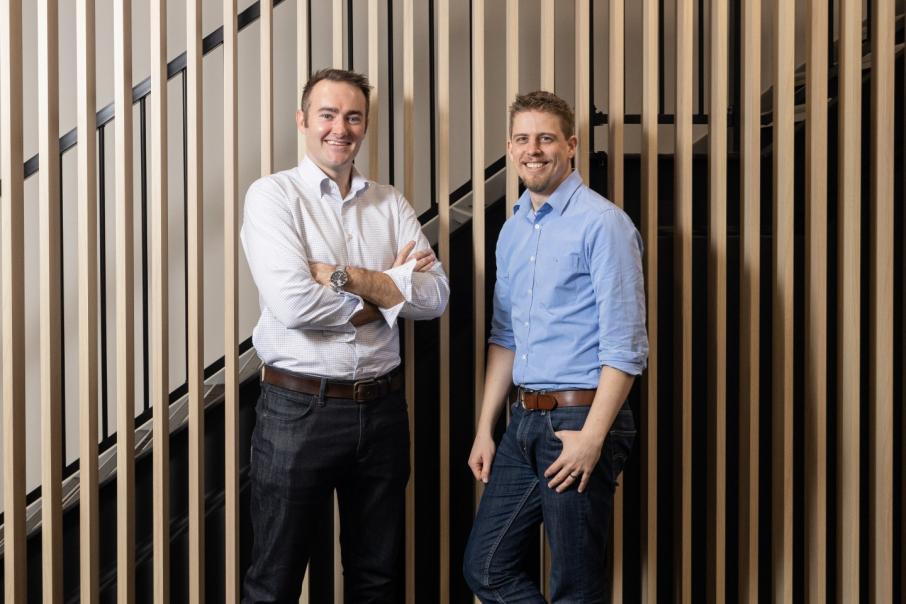 Chris Leslie (left) and Luke Klingenberg have led the business for the past five years. Photo: Gabriel Oliveira

The scale of Airscope Industries’ latest project is staggering.

Its field technicians are in the process of capturing 2.8 million photos of a gas production platform off Western Australia’s north-west coast.

The photos will be ‘stitched’ together with 25,000 Lidar laser scans to produce a three-dimensional digital twin of the gas platform.

The Belmont-based technology business will capture and process 500 terabytes of data for this single project, equal to about one-sixth of Netflix’s entire data storage.

“The project we are doing at the moment off the North West Shelf is the biggest digital asset capture globally,” chief executive Chris Leslie told Business News.

It puts Airscope well ahead of Google, which said last year it had undertaken the world’s largest digital capture when it took 132,000 high-res photos to build a 3D digital version of the famous Palace of Versailles in France.

A feature of Airscope’s digital twin is the high degree of precision; it has a verifiable engineering grade accuracy of no more than 2.5 millimetres from the original asset.

Airscope’s digital twin allows people sitting in an office in Perth or Houston to inspect remote production facilities with a level of confidence never before possible.

This has been particularly beneficial during COVID-19, given site access restrictions.

Its next project, scheduled to start this year, will capture about 20 million photos.

Mr Leslie sees even more potential beyond that.

An oil and gas facility in central Asia would require 300 million photos, taking an estimated three years to collect.

“We’re pushing the boundaries in all different directions, from how much data we capture to how we then manage such large data sets, to how we make these data sets stream over a basic internet connection,” Mr Leslie said.

“The difference is, the data we capture is structured; we’re not just hoovering data in the hope of trying to make sense of it and structure it at a later stage.”

Airscope was established in 2014 with an original focus on drone photography.

“Capturing photos using drones was really sexy five or six years ago because drone technology was in its infancy and it gave people a new perspective on their assets,” Mr Leslie said.

Airscope secured an early contract with the Water Corporation, which prompted Mr Leslie to quit his job as a Qantas group captain and move full time into the business.

He was joined in the business by Luke Klingenberg, a trained flying instructor with experience in technology startups and a passion for photography, who has built Airscope’s technology from the ground up.

The pair spent 18 months researching and developing new opportunities in order to identify a lasting competitive niche for the business.

“What we chose was photo modelling. Taking lots of drone photos and turning a 2D image into a 3D surface through stitching,” Mr Leslie said.

Airscope drew on feedback from people it worked with in other industries.

“We started working with an agribusiness that told us the importance of ground photos and looking at assets holistically,” Mr Leslie said.

“The drone gives us only one perspective.”

The business’s use of laser scanning was developed after Messrs Klingenberg and Leslie learned that, while photo models had visual appeal for the oil and gas sector, engineers could not use them because there was no way to validate their accuracy.

“Our whole R&D project was to prove we could merge highly accurate, verifiable laser scan data with photo data to give clients what they wanted, which was visual beauty with engineering accuracy,” Mr Leslie said.

Airscope started working in 2018 with the Australian business units of two oil and gas super majors, which cannot be named for commercial reasons.

Its early success has led to the business working with innovation and emerging technology teams in the US. “We’re getting noticed from a global perspective.

They know they can’t do what we’re doing here,” Mr Leslie said.

The partners are proud of how much the team of 20 people in Belmont has achieved.

“We’ve proved it, we’re scaling it extremely hard, and now we want to show everyone else what we’ve got,” Mr Leslie said.

Airscope will shortly launch a series-A capital raising to support its growth, which includes further software development as well as expanding into the US infrastructure market.

“To make headway, it is now time we take on growth capital and use this to execute our five-year plan to become the key name used within industry,” Mr Leslie said.

“We’ve run under our own revenue to this point,” Mr Leslie said.

“We’ve been very resourceful and have made every cent count to get us to this point.”

The seed raising led to the establishment of a board of directors, chaired by Greencross co-founder John Odlum.

Austral Fisheries chief executive David Carter is also on the board, along with investor Julio De Laffitte.

New technology Mr Klingenberg said Airscope had developed its own systems and technology because off-the-shelf software was not adequate.

“We realised very quickly that, with the sheer amount of data we were capturing, there was no software that could process the data in a commercially acceptable timeframe,” Mr Klingenberg said.

“We took matters into our own hands, building our own development team and taking ownership of the complete end-to-end process.”

The business has developed its own data processing tools and its own web-based visualisation platform, allowing it to expand.

“Last year was the year we scaled,” Mr Leslie said.

“Instead of doing one job at a time, we started doing two or three at a time.”

Airscope’s 3D digital twins deliver multiple benefits to oil and gas clients and their contractors, which can access them via a web-based portal.

“The biggest payback is you don’t need a large workforce on site to plan for major projects, such as maintenance shutdowns,” Mr Klingenberg said.

“If it’s rusty or dented in real life, that’s how it is in the model, it’s a real verified copy of site.

“We can compile all the work packages, the contractors can do their tendering off site, and do all their training in VR, so when they get to site they have more situational awareness, and do the work faster and more efficiently.”

Mr Klingenberg said in one case, a client saved 28 visits to an offshore facility via helicopter.

“They planned remotely with their engineers, and their contractors were able to plan exactly what they needed to do, and what equipment they needed,” he said.

“Without access to the information they need, contractors would build in extra margins because they just weren’t sure what was on site; they would pack more equipment than they needed and allow more time to complete the job,” he said.

Mr Klingenberg said Airscope’s system could also deliver more competition in the contracting market because smaller companies would be able to tender for work without needing physical site access.

In one recent case, a team of in-house safety inspectors was able to complete a certified visual safety inspection of an offshore asset from their company laptops while working from home during COVID-19.

“That was a world first,” Mr Leslie said.

“Normally they would need six to eight people on site with support vessels underneath and rope access teams.” 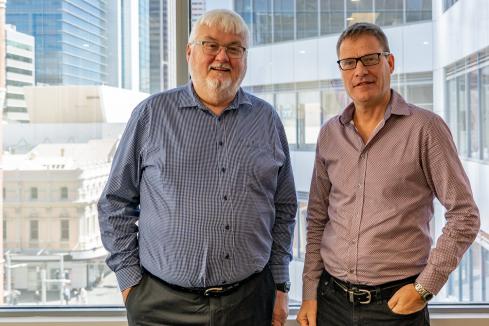