The state government has announced a delay of up to 12 months at the Forrestfield-Airport Link due to tunneling issues, but says the rail project’s $1.9 billion budget will not be impacted. 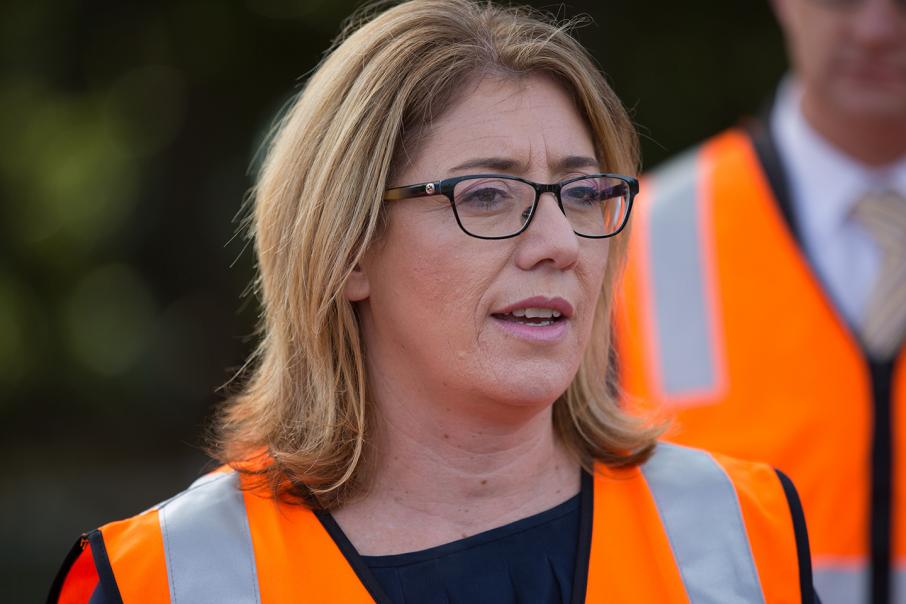 Rita Saffioti says the project will be completed by the second half of 2021.

The state government has announced a delay of up to 12 months at the Forrestfield-Airport Link due to tunneling issues, but says the rail project’s $1.9 billion budget will not be impacted.

Transport Minister Rita Saffioti said the first trains were now expected to run on the line in the second half of 2021, after the previous government had forecast completion at the end of 2020.

“While the delay is unfortunate, this project is being built to last 120 years,” she said.

“I believe the time added to the construction schedule is a small price to pay to ensure we safely deliver this asset which will serve the people of WA for generations.”

The most significant concern at the project was a sinkhole that formed alongside Dundas Road near Perth Airport in September, after a leak developed in a cross passage tunnel, causing a halt to construction.

The head contractor for the project is a joint venture between Italian construction company Salini Impregilo and NRW Holdings.

Ms Saffioti said an investigation into the formation of the sinkhole had uncovered a number of potential causes, including construction defects in the grout block or failure of the join between the tunnel lining and grout.

Tunnelling through the grout block or vibration from excavation of the cross passage may also have contributed.

Ms Saffioti said two options were being considered to repair the damage, either from inside the tunnel or from the surface down.

She said construction of the next cross passage is due to start in January, with new measures set to be put in place to reduce the risk of a similar incident.

Despite the delays and alterations, Ms Saffioti said the government expected no change to the project budget, with the cross passage rectification likely to be covered by insurance.

There is some risk that there could be cost increase if some excess fill cannot be reused, which requires federal government approval.

Ms Saffioti stressed the challenging nature of the project and said this type of tunnelling had never occurred in Australia.

“It’s a challenging project, there’s no doubt about it,” she said

“This Forrestfield-Airport Link is the biggest tunnelling project ever conducted in the Perth metropolitan area.

“The two tunnel boring machines are now halfway through their journey, and only recently finished digging under the runways at Perth Airport.

“This is a massive milestone, considering tunnelling under an operating airport has only ever been done a few times across the world.

“Our primary focus is on safety and quality, and that is why today we have set a revised timeframe for the project.

“It is also to make sure we inform the public of the proposed timeframe as soon as practicable.”