Jobs growth at Perth Airport was three times that of the CBD between 2011 and 2016 as property development in the area expands. 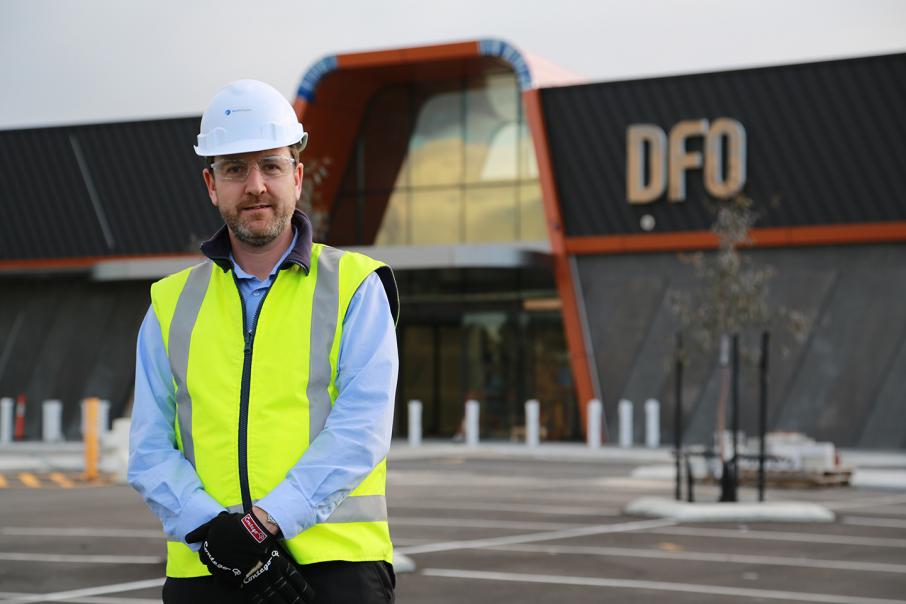 Steve Holden in front of the DFO, which will open on October 3 and employ more than 750 people in retail and hospitality roles.

Jobs growth at Perth Airport was three times that of the CBD between 2011 and 2016 as property development in the area expands.

Perth Airport’s rapidly growing property portfolio has helped make the precinct the city’s primary area for jobs growth, with about 20,000 people now calling the airport and its surrounds their place of work.

This number is expected to grow, with a number of major office, retail, industrial and other developments being planned for the precinct, as well as upgrades to transport infrastructure such as the Forrestfield-Airport train link being constructed as part of Metronet.

Perth Airport chief property officer Steve Holden said the ABS data reflected the increase in aviation traffic and associated services, as well as the ongoing property development of the land estate, which led to more than 9,000 jobs being created within the airport’s land precinct from 2011 to 2016.

“There’s been growth in aeronautical, which has obviously created a lot of jobs, and then certainly in the non-aeronautical parts of our estate,” Mr Holden told Business News.

“So essentially through property development there has been a substantial growth in jobs.”

Perth Airport Pty Ltd took up a 99-year leasehold interest over Perth Airport in 1997 as part of the first phase in the privatisation of airports in Australia, and has since operated the airport and its 2,105-hectare estate.

Perth Airport is governed by federal legislation – primarily the Airports Act 1996 – which requires the airport to produce a master plan every five years. Any subsequent land development must be consistent with the approved master plan. Airport management is currently preparing the 2018 master plan.

Being about 12 kilometres from the CBD, with good access to Tonkin, Roe, Great Eastern and Leach highways, including the new Gateway WA access roads, as well as the Kewdale freight terminal, Perth Airport has become a major participant in the Perth property market.

The estate has 41 buildings including about 30,000 square metres of office space and 150,000sqm of industrial, which it holds within four separate property precincts.

Mr Holden and his property team manage more than 150 tenants and more than 400 leases across the portfolio.

Its retail portfolio is about to begin in earnest with the opening next month of the Direct Factory Outlet (DFO) on a 9ha site on Dunreath Drive, within the Airport West Retail Park.

Perth Airport entered a $150 million joint venture with ASX-listed Vicinity Centres in 2016 to develop and jointly own the DFO, which will have 24,000sqm of lettable space and more than 110 tenancies, with provision for 1,600 car parking bays. Work on the site began in mid-2017, with the centre to open fully leased on October 3, employing more than 750 people across retail and hospitality roles.

The DFO will be the first outlet in the retail park, which has 28ha earmarked for development.

In March 2018, Perth Airport entered a partnership with international retail giant Costco, under which Costco will develop a warehouse on 14,000sqm. The $55 million project is expected to generate almost 500 construction and retail jobs, with the store scheduled to open in early 2020.

Mr Holden said further initiatives were planned for the retail park to capitalise on the increased traffic that will be generated by the DFO and Costco. It is forecast that the two retailers will bring 3.4 million shopping visits per year to the airport precinct.

“It’s going to be unrivalled anywhere in the metropolitan area. DFO and Costco together, you won’t see those components anywhere else here in Perth.

He also confirmed plans were progressing for two fuel service centres, one within the retail park and the other closer to the terminal buildings, with each centre offering a service station and food and beverage outlets.

The airport’s industrial land is largely centred around the southern end of the estate, and Mr Holden said its location and associated infrastructure made it attractive to major tenants. The added ability for Perth Airport to offer flexible solutions for users had allowed it to recently retain mining services group Epiroc, having outgrown its existing 2,900sqm workshop at 41 Reid Road.

Mr Holden said Epiroc agreed to re-lease the workshop and also agreed to lease an adjacent 4,100sqm workshop and office premises, which had recently been vacated. Perth Airport was also able to offer a new design and construct 5,000sqm warehouse facility, which will enable Epiroc to bring together three divisions that had been in different locations in an amalgamated development to be called Epiroc City.

“We are connected arguably by some of the best road systems; the Gateway WA project was unprecedented, and combined with that we have the existing commercial rail that skirts the airport,” Mr Holden said.

“In terms of the industrial estate it is generally going to be more of the same, targeting those high-quality tenants. Our estate is well located for those tenants, and from a logistics side, we are arguably the best location in Perth.”

Mr Holden said two other key tenants were close to finalising major deals for industrial land, including a pre-commitment from a global supply chain business for a purpose-built, 2,800sqm warehouse and office facility, and leasing an existing 6,300sqm workshop and office facility to a resource related business. 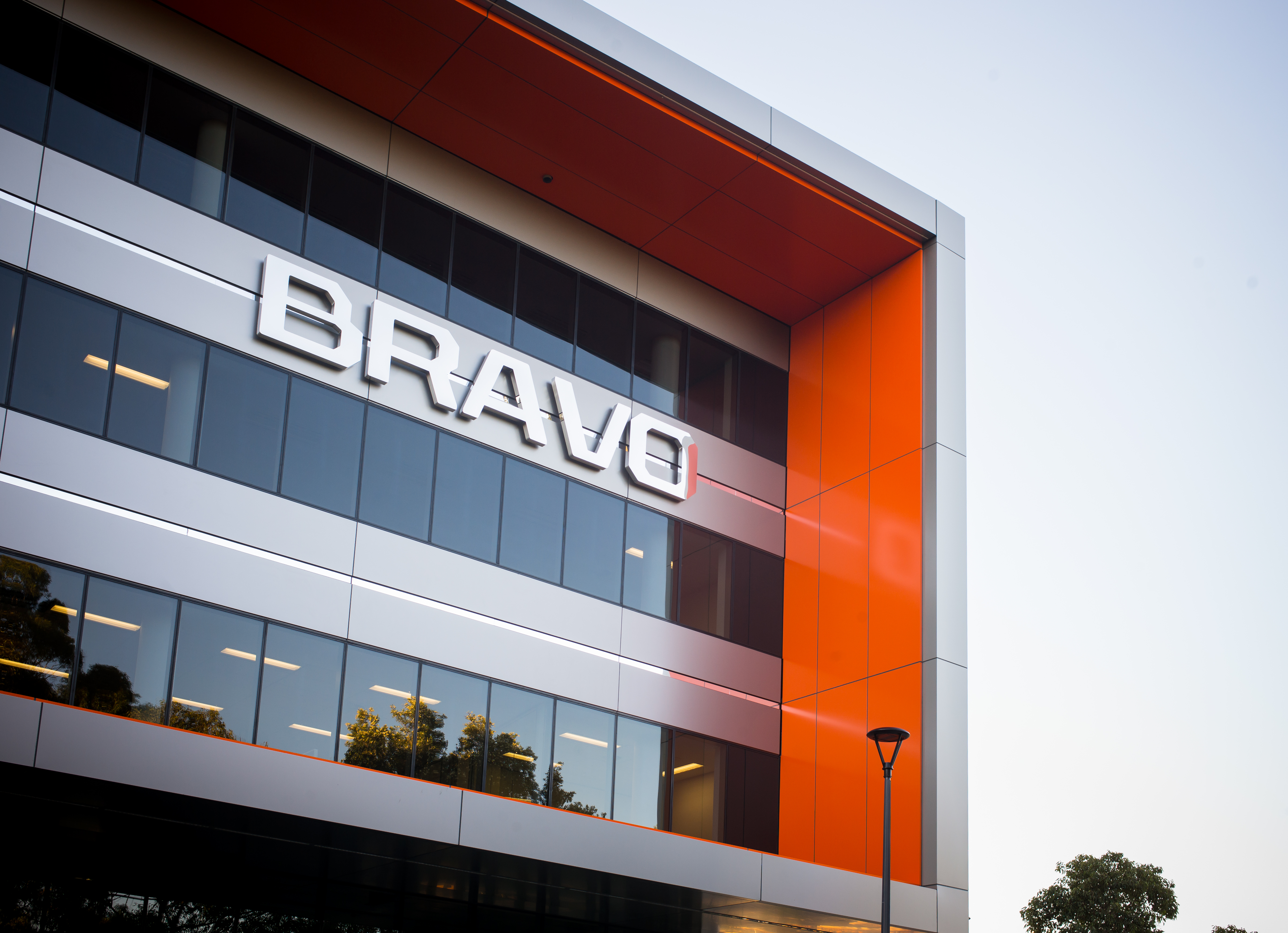 Perth Airport recently negotiated a lease with mining services company Mader Group for approximately 1,000sqm to relocate its operations to the ground floor of the Alpha Building.

Mr Holden said development of Metronet would add to the attraction of the office precinct for potential and existing tenants.

The new rail link, which is being constructed as part of stage one of Metronet, will created a 20-minute train trip between the CBD and the eastern suburbs, and provide passenger rail access to Perth Airport.

The state government says it will be a catalyst for significant residential and commercial development in the areas around the three new stations – Redcliffe, Airport Central and Forrestfield – a sentiment Mr Holden shares.

“We have the passenger rail that will connect into the airport in 2020 over Redcliffe station and also the Airport Central station,” Mr Holden said.

“It will bring a different dimension to the airport certainly for people working here, and it will give them an alternative travel option.”

The rail development and plans to consolidate the airport’s aviation activities into one central location have delayed efforts to introduce a hotel offering, which would provide a further boost to employment.

The Barnett government brokered a deal between Qantas and the airport to allow the carrier to establish the international wing at the T3-T4 complex.

The airport has also proposed a third runway that will be located parallel to the existing main runway, with enough separation to allow them to be used independently.

“We are waiting for some planning work to be finalised in the central precinct, where we are going to consolidate all aviation activities,” Mr Holden explained.

“Once that is finalised, we will probably push the button on a hotel.”

He said a major hotel brand was the preferred operator for a high-grade option to be developed nearby the consolidated terminals.

At a later time, dependent on the market fundamentals and planning approvals, it was anticipated that a lower-grade hotel would be developed. One option would be to locate the hotel so it connected into the passenger rail network in the Airport West precinct.

In all, Perth Airport has around 450ha remaining available for development, providing plenty of opportunity for further development and jobs growth, although some of it is constrained and challenged by height restrictions and unsuitable for traditional uses.

Mr Holden said although some of the land could not be developed for office, industrial or retail use, Perth Airport was pursuing options to use the land effectively and to produce returns.

“We are going to have to be clever with some of this land, but large-scale vehicle storage, solar farms and other alternative uses are being considered for areas where we are constrained due to height and noise,” he said.